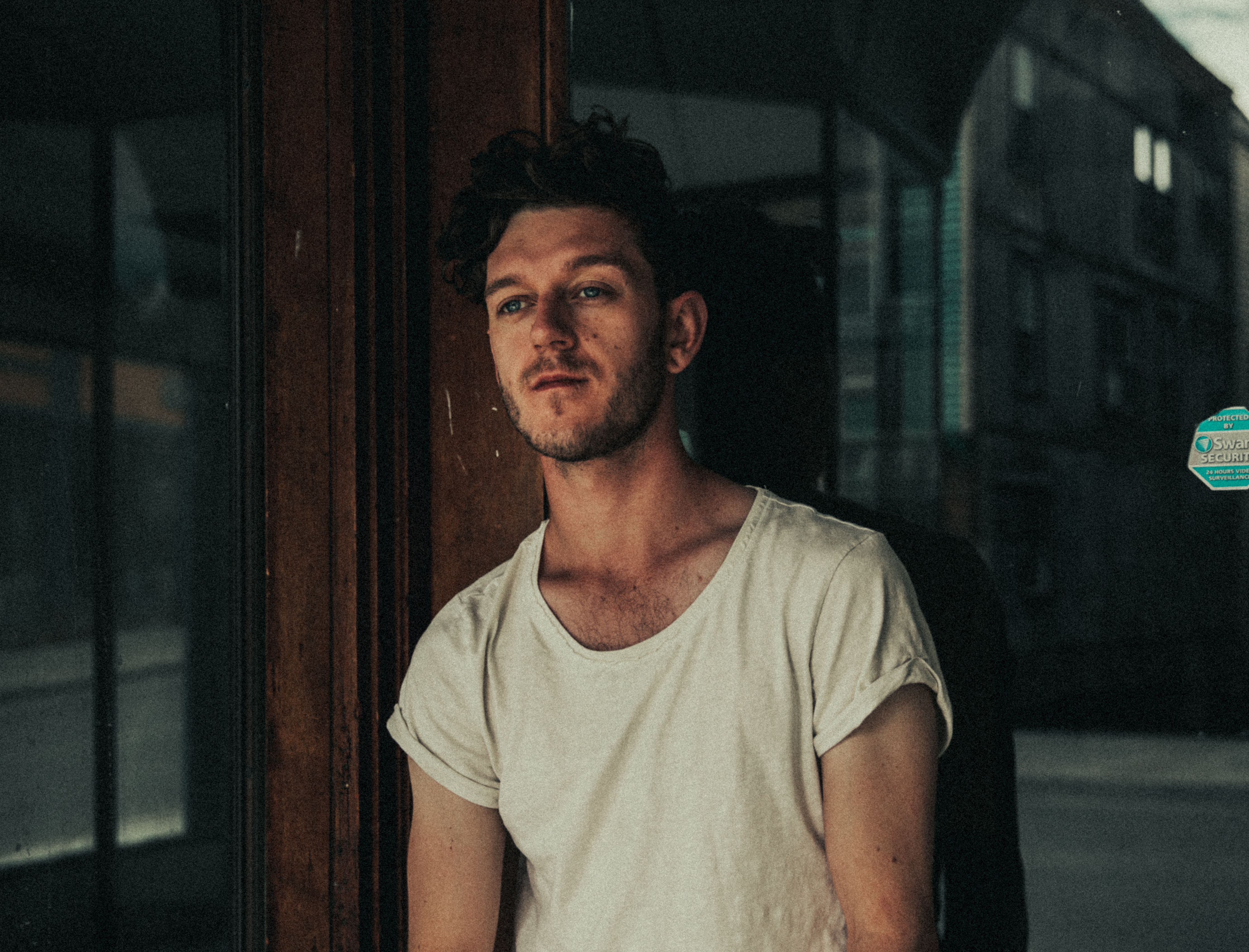 LeRiche is a storyteller whose medium is music. The indie singer/songwriter’s tales are woven with the memories from the place he calls home; that’s what makes his new record X-Dreamer comforting and exciting and immersive all at once, a rush of emotions you immediately bond with. Talking to him, it’s easy to imagine how he gets his inspiration—where he’s from paints a picture of who he is today. When I call, he’s just put his daughter down for a nap and is speaking softly so as not to wake her. It’s still early but he’s been busy taking care of things around the house and working on a new guitar melody. “It’s funny because if I try to plan to write, I can’t do anything. But at the worst times the music will come to me and I have to just try to record them or jot them down fast,” he explains. Being able to connect the strings between the unknown to figure out why things happen the way they do is a large part of his songwriting, and all those strings tie back to his home of Newfoundland.

“People from islands sort of have a different mentality, like a different appreciation for nature and how fierce it can be.”

“Looking off from my house, that I grew up in, it’s just ocean,” he says, describing just how remote his hometown Port aux Basques—located on the extreme southwestern tip of Newfoundland, Canada—is. Surrounded by the Atlantic, population 4000, it’s both isolating and insulating, and there’s no denying growing up there shaped who he is. “People from islands sort of have a different mentality,” he muses. “Like a different appreciation for nature and how fierce it can be.” Out at the edge of the world, is something most of us can’t even begin to imagine. But it’s home, and there’s a sense of belonging in LeRiche’s music—intangible yet distinctly felt in every note, like walking through your door after a long time away; it’s as if you never left. 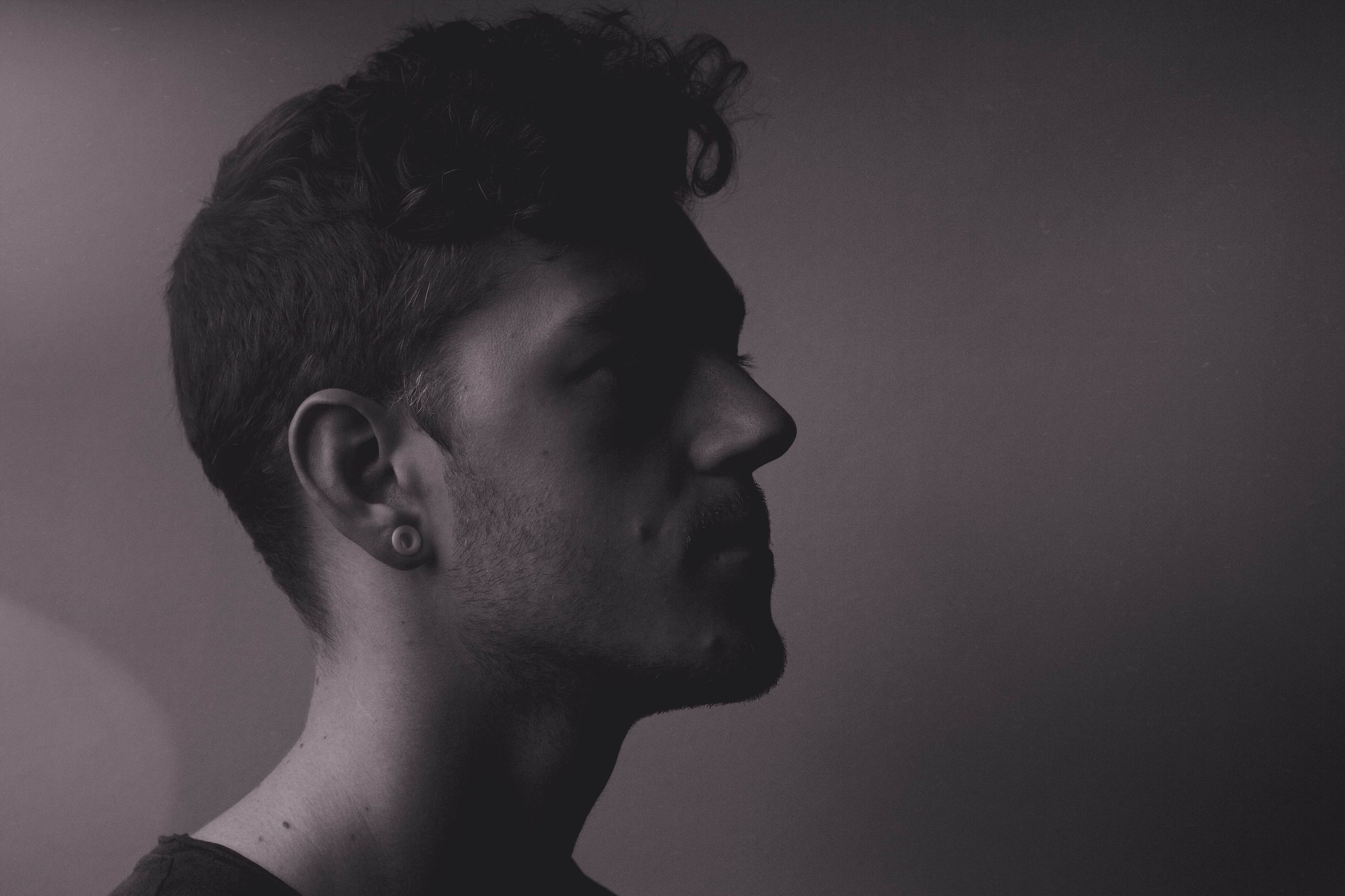 No matter how far you go, you never lose that powerful pull of where you’re from and, for LeRiche, it’s important to remember that. “I think that people from islands have a really strong connection with home because you’re isolated.” The community around him shares a deep history of folklore and those stories have stayed with him. “A lot of the songs that you can still hear in bars around Newfoundland literally could be hundreds of years old. A lot of it is folk music that was literally passed down and it’s all stories about, like, a guy who used to live down the street, or an old lady’s tale about her husband or something. It’s folklore, it’s really cool.” He lights up as he talks about his hometown and it’s almost like you’re there, sitting in a bar catching up with old friends.

“Even before I can remember my parents told me I loved music—even when I was one years old, I’d be like running around the house tooting on a harmonica or strumming nonsense on a guitar…or trying to.”

Of course, he didn’t always feel this way. “When I was growing up I sort of resented all the traditional music and stuff,” he acknowledges. “It took me a long time to come around and realize I actually loved it. I think it’s something that, without even trying, it just kinda comes through in my music.” It’s the kind of history that, like it or not, becomes part of who you are. But this rebellion lead to the discovery of music beyond his small town. “The first CD I ever owned was In Flames,” he shares. “I was really into really heavy music and heavy metal, and hardcore rap music too. I remember sitting on my floor, maybe eight years old, playing with K’nex and listening to Tupac. I was always—still am—a huge Eminem fan, as long as I can remember.” It may come as a surprise, given LeRiche’s artistic style, but when he starts talking about music it’s clear he’s an avid and all-consuming fan, who soaks up the stories from each song no matter the genre. He soon found himself branching out into the singer-songwriter world he’d eventually join. Citing the likes of John Mayer, it was in those artists that LeRiche saw something to aspire to. “I heard something in the music that was really relatable,” he explains. 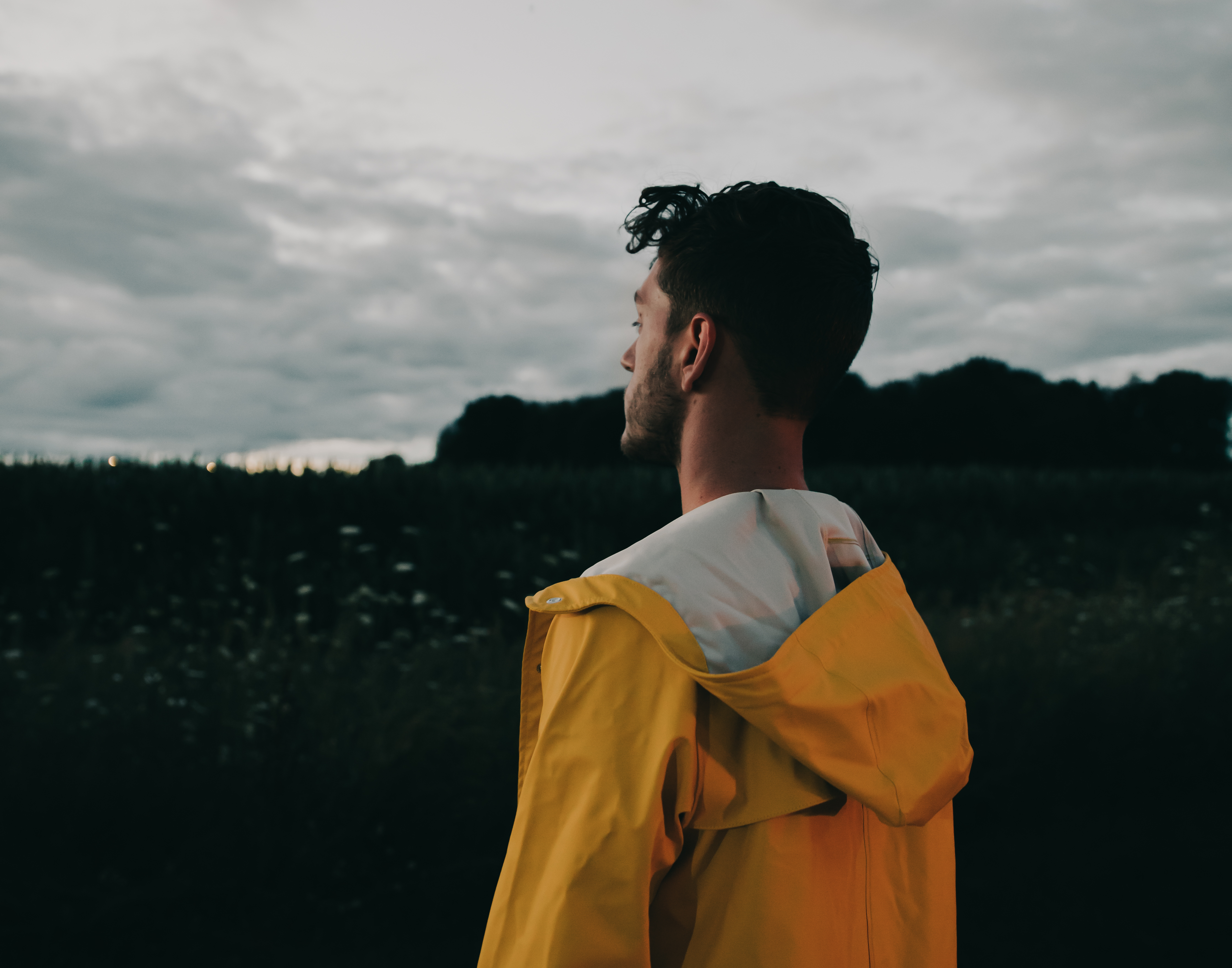 It was never a matter of if but when he’d pursue music as a career; he always knew on some level music would be his calling. “Even before I can remember my parents told me I loved music—even when I was one years old, I’d be like running around the house tooting on a harmonica or strumming nonsense on a guitar…or trying to.” Reminiscing about his childhood brings out his light-hearted sense of humour. “I spent a lot of years alone in my room playing guitar until I found some friends who were as weird as me,” he jokes.

He started a band with his friends back in school, playing guitar before graduating onto vocals, which is when he started to write songs. “I didn’t have any kind of goal at the time. I don’t even remember why I was singing honestly, I just remember I wrote some songs. I think one was about falling down on my skateboard and another one was about fighting with my dad, and just getting stuff out. Real teen angsty.” His older bandmates found a college music program close to home and that’s when LeRiche started to think music could be a viable career. The decision went deeper than the hows and the whys—it was something he needed to do, no matter what. When he was 16, he got a tattoo of a bass clef on his hand, to symbolise his decision. “I did it as a promise to myself that I wouldn’t stop, I would keep going. This was my path.”

“That’s sort of what the whole new EP is about, it’s about following your dreams and buckling down and squeezing the hell out of those dreams, and not letting them go.”

Fast-forward a few years and LeRiche now lives in Newfoundland’s capital St. John’s and his music has taken him far and wide. He loves to experience new cultures and see life beyond the horizon—that excitement hasn’t left him yet. “I think the core of a man’s spirit comes from new experience. I just want to go everywhere and see everything and meet everybody.” His earnestness is refreshing, you can tell he thinks deeply about what he’s doing, never forgetting why he’s here and where he came from. Getting to travel the world is beyond what he could have ever dreamed as a kid but, as the saying goes, there’s no place like home. He warns me he could easily go off on a tangent about his love of Newfoundland and with the way he describes the scenery and wilderness it’s obvious why. “It’s beautiful here, it’s my home. I think if I ever do leave, it won’t be for long.” 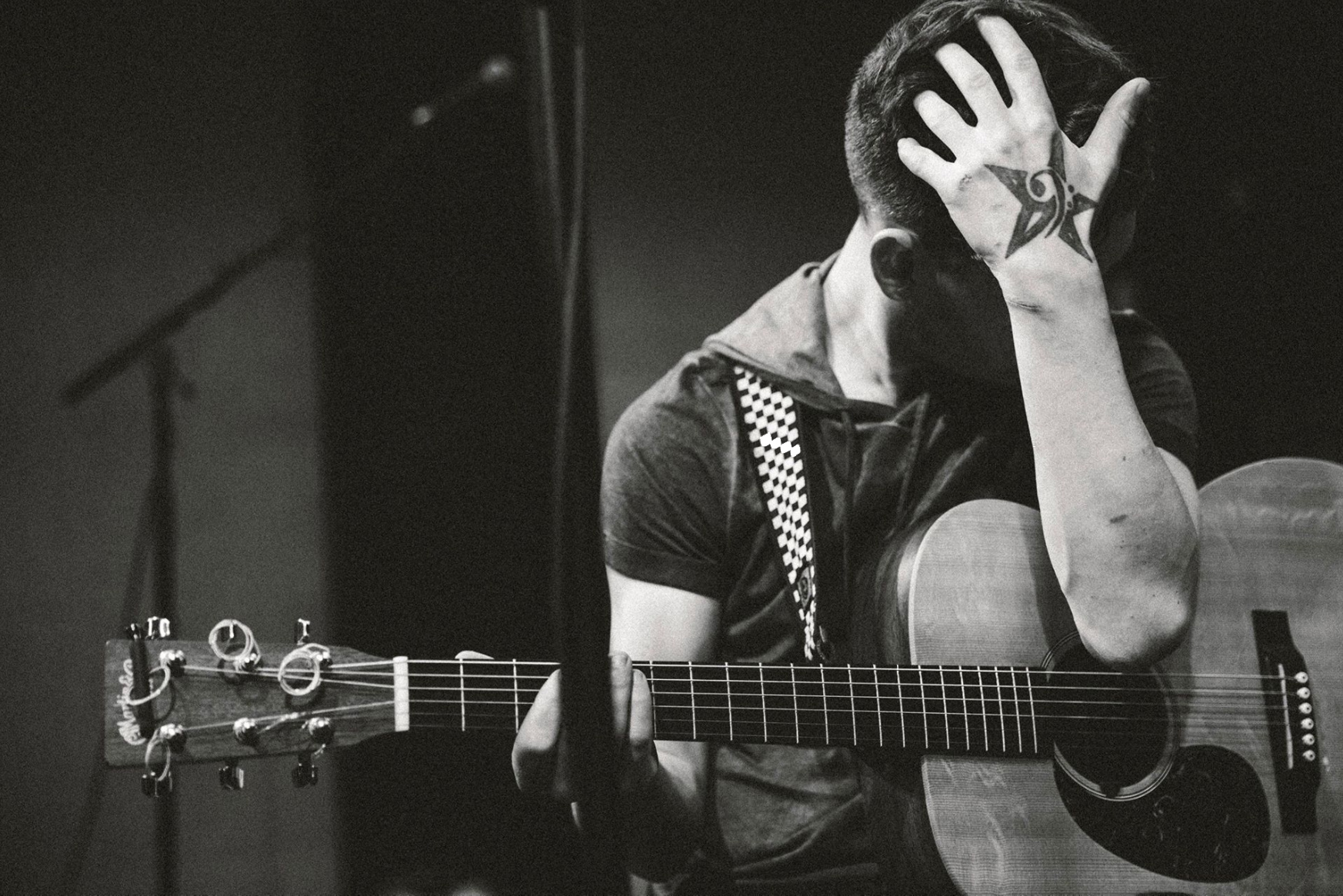 Having such a strong foundation to build from has helped his outlook and career. Now he’s excited for the next chapter, but recording X-Dreamer has taught him a valuable, if hard-earned, lesson: Patience. “These things sometimes take so long and you just wanna stand on your roof and play your songs through a loudspeaker but that’s not the move, right?” He pauses to consider his answer. “You gotta have strategy… You can’t just throw all your cards out on the table.”

Making sure everything he creates is true to himself and has meaning is important to LeRiche, and it’s paying off in ways he never expected. “Recently a friend of mine said my music was really inspiring to him and that meant the world to me because that’s all I wanna do. That’s the goal, right? You wanna help people and you wanna inspire them to do things,” he says, with a mixture of awe and surprise in his voice. Like the storyteller he is, there’s a lesson to be learned behind this anecdote. As he looks to the future, the promise he made to himself at the age of sixteen is never far from his mind. “That’s sort of what the whole new EP is about, it’s about following your dreams and buckling down and squeezing the hell out of those dreams, and not letting them go. The different places your dreams can take you—in good and bad ways, y’know? I just want people to listen to it and feel something. If they can feel inspired, I think that’s amazing.”