You may often think of “culture” in reference to a country or group of people, maybe even a genre, but what about a specific band? The Maine may only be five members but they’ve created a whole little world—and not just for themselves. 8123 is a large part of that world, as it isn’t just a record label, but a family: including Beach Weather, The Technicolors, and more. It’s not a family you’re born into, but a family you choose. Fans of The Maine and 8123 are a part of something bigger, whether they know it or not.

The Maine’s “fans” get to reach a connection better described as friends because of the band’s consistently transparent creative process and lifestyle. In 2009, the group released a photo book thanks to their pal Dirk Mai called This Is Real Life documenting their daily life on Warped Tour. The book also included journal entries from each of the members; it’s this theme of accessibility that displays their humility and humanism. The Maine are just guys that happened to “make it”, and most of the time the only thing separating you from them is a barricade and a raised platform. Don’t get confused though, The Maine aren’t afraid of sharing the stage either so you’d better make sure you know the words to “Girls Do What They Want”. John O’Callaghan personally is all about sharing, as a songwriter and also a poet. The Black And White era of The Maine reflected this, continuing to be ironically vibrant, with John’s short poetry book Exaltation of April 2011 being adored not only by fans but Tumblr and Pinterest users all over.

In 2013, The Maine finally gave themselves the independent freedom they needed to thrive as creators with the start of 8123. Forever Halloween was released without the major label backing they were used to; they fully embraced their new DIY ethos with an EP titled Imaginary Numbers that same year. As the band was growing and maturing, their fans were as well. More and more fans were turning 18 and turning their bodies into permanent lyric sheets, getting tattoos of “Stay away, sweet misery” and “I am weakness, I am greatness”. And the band seemed to inspire the artistic side of their fans more than ever. There’s no shortage of creativity amongst these “MAINE-iacs” from decorated shoes with album artwork to GIFs, fanart, jewelry and even a nail-art contest.

Blue skies and pink bubblegum found the The Maine in their sweetest era yet, American Candy, and the sugar high lasted all summer. The group was hustling everyday on the Vans Warped Tour where they held free meet and greets daily, because “why would you pay money to meet a human being?” This humble approach was noticed not only by their personal community but the music scene as a whole. The Maine has started to be respected more and more as true “rockstars” from their performances and music, but not at all in their attitude. This mindset teaches their community that no one is too good or too cool for anything or anyone. It’s what makes their shows feel like a party and not a competition. It’s what allows fans to turn “followers” on social media into friends. 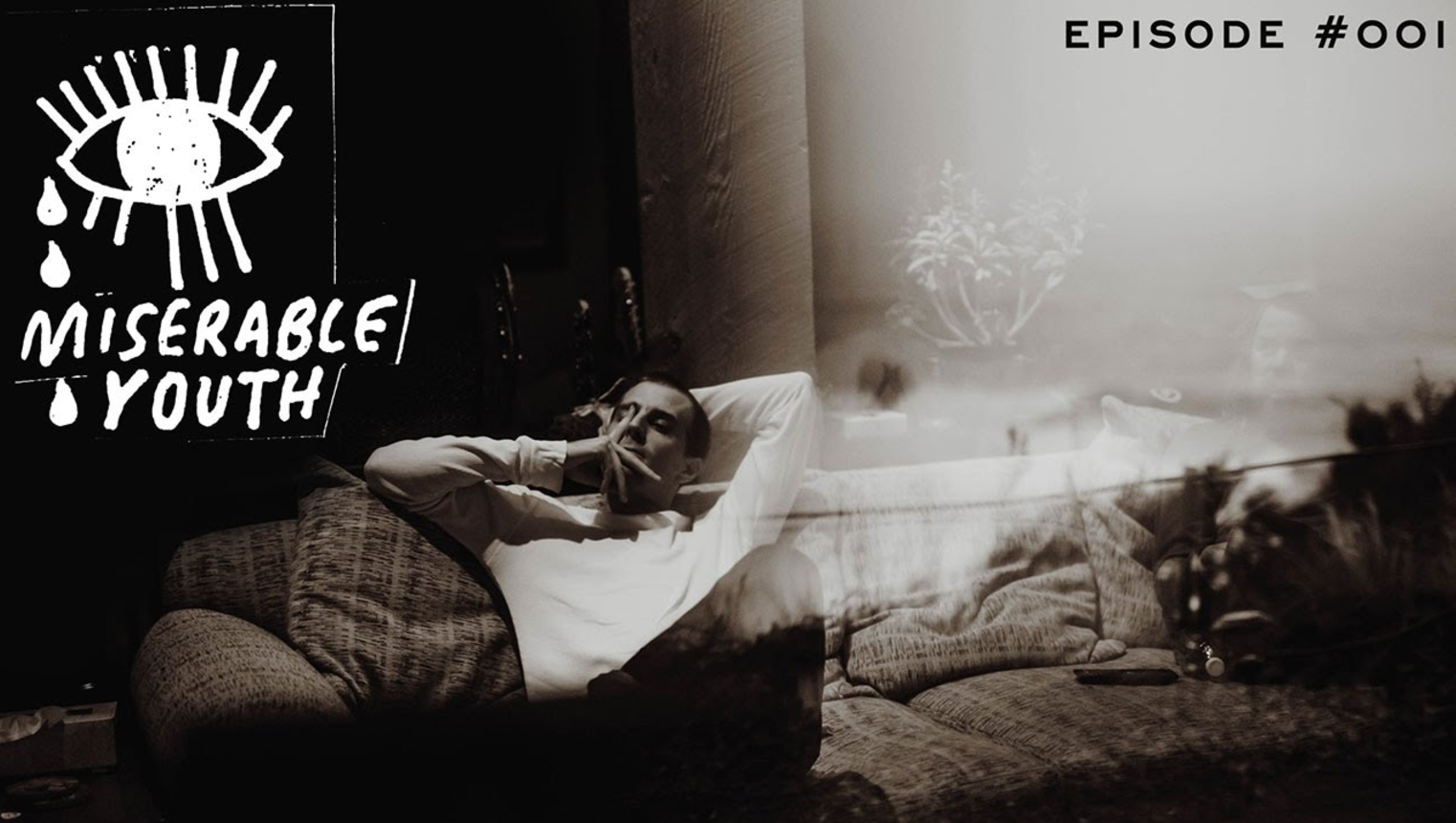 John, Jared, Garrett, Pat, and Kennedy have been working on their next album in a fully transparent process captured by weekly video updates. The web series, titled Miserable Youth, was mainly shot in a breathtaking location by the ocean and woods in Northern California. The cinematography alone is captivating thanks to Lupe Bustos, but it’s the intimate feeling of being let in on an otherwise foreign process that is most compelling. There’s no A&R talk on what sound should sell, no talk of numbers or marketing; just pure honest creation of art amongst friends that is simply re-assuring in a world that can feel so cruel and calculated. Most music fans only see and hear the thoughtful finished product; it takes vulnerability to let fans in on the mess that is the process and every fight or hopeless moment that might come with that. Instead of this scaring fans off, this self-exposure builds trust because the community are all in on the “secret” they’ve been trusted with. 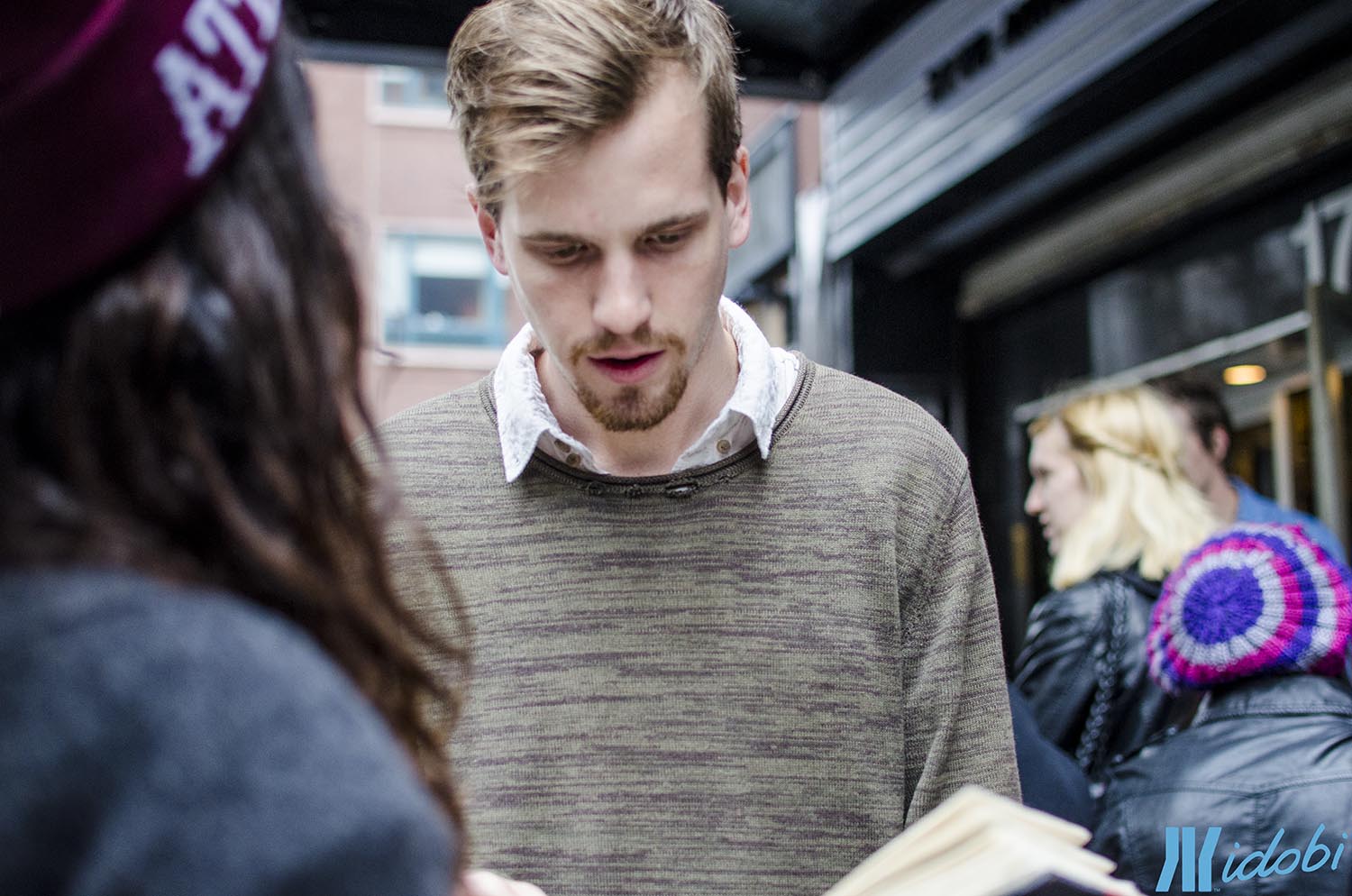 This year, The Maine is getting ready to celebrate 10 years together with the best party birthday ever: a music festival. 8123 Fest will be held in the band’s influential hometown of Arizona. “I’ve been a fan of many bands in my lifetime, but I can’t always integrate into their fan bases. There’s often an imposed hierarchy that I can’t be bothered with. I’ve never had that problem with The Maine,” says Paige “Backstage” Williams, a music scene YouTuber. “No matter when you joined in, you’re part of the family. I don’t know a lot of bands outside the “mainstream darlings” bubble that could get thousands of people to fly to Arizona after Christmas for a one day festival, but…my flight leaves in the morning.”  Whether you’re attending or wishing you were, you’re a new fan or an old one; we hope you take the time to celebrate not only The Maine but what they represent: music is a culture, a connection or an escape, an art, but most importantly a family. 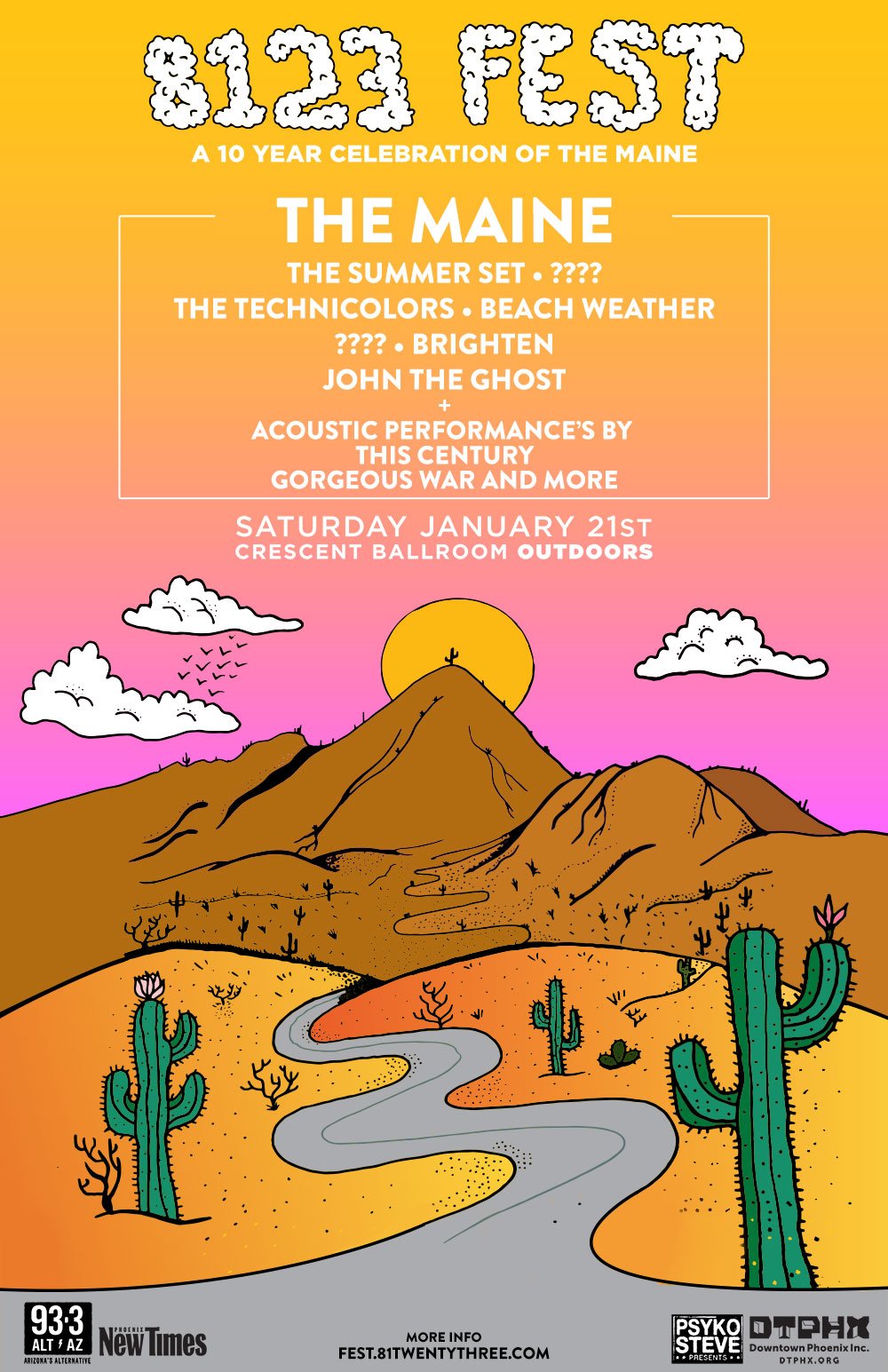