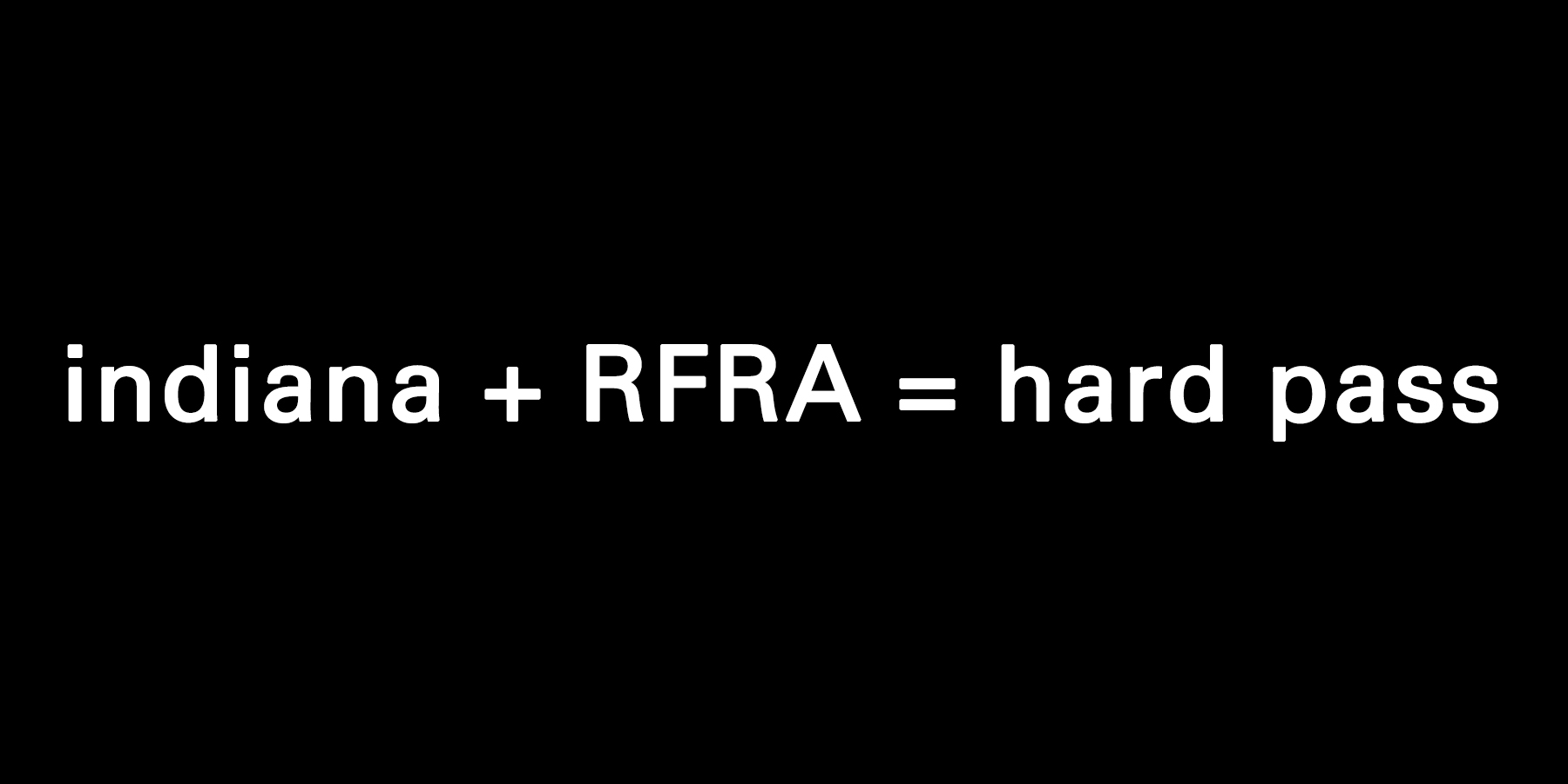 One of the 21st century’s greatest disputes has found its way to the forefront of the media, and consequently our lives, once again. This time, the flare up was caused by the state of Indiana, and a new law that could put even more strain on equality for the LGBT community.

While the news of Religious Freedom Restoration Acts is anything but unheard of, each new state to implement the law has seen some sort of backlash. Indiana, however, seems to have been hit a little harder that the rest. When everyone from pop culture icons (Miley Cyrus, George Takei) to some of our most influential talk show hosts (Andy Cohen, Larry King) to government officials (Hillary Clinton, mayors of both Indianapolis and Seattle) are speaking out on the act, it draws the question: What is causing this version of the law to be viewed so extremely? How, exactly, is it different from the federal law, or the other twenty states that have enacted it over the years?

RFRAs are put in place to allow denial of service to a patron should it greatly disagree with your religious beliefs. Typically, the law can not be utilized by for profit companies. Indiana isn’t following such guidelines. The law, if left unamended, will provide protection not only to businesses such as churches and other religious establishments, but to for profit companies as well. For many, it seems only one thing can come of this: open discrimination, anytime, anywhere.

While some Indiana cities have local non-discrimination laws, the statewide mandate might just overrule them, and at the very least cause challengers. The consensus seems to be that the law should be amended, if not revoked entirely, as showcased on a recent issue of the Indianapolis Star, where the front page read “FIX THIS NOW”. After causing such an uproar, Governor Mike Pence has announced that the law was not made with the intention of discrimination, and he will be readdressing the stipulations. The sudden change of heart in the governor is certainly suspicious, but might bring the state the fairness it needs.

It’s time for the Indiana government to take a step back and ask themselves, “What would Leslie Knope do?”