“I live in Brooklyn and the other day I ran into my ex-wife on my block…there are 9 million people there!” Vinnie Caruana jokes that his first marriage was propped up on his ex-wife’s need for a green card, before announcing he is newly engaged. Though slim in stature, the tattooed New York punk commands a fun-loving presence when he takes the Hawthorne Theater stage in Portland. Whether he’s discussing his personal life or wailing at the mic, it’s clear that Vinnie Caruana is thoroughly enjoying himself.

Caruana has mastered many mics. An early reference would be Caruana’s turn as frontman and founder of The Movielife, Long Island’s punk darlings who rose to fame alongside the likes of Taking Back Sunday, Bayside, and Brand New. Then came the time for I Am the Avalanche and Peace’d Out, equally kinetic ensembles alongside Caruana’s longtime friends. “There is a slight mental change that happens, I’m not sure I can put it into words. I know what I’m writing for, I basically just know I’m writing a solo record and my brain clicks into a slightly different gear, accordingly. I think I’ve gotten to a point in my adulthood where I’m old enough to look in the mirror and not and point my finger at anyone else (laughs).” Today the 36 year old is simply Vinnie Caruana, presenting his first ever full length record, Survivor’s Guilt, an introspective playbook to the lifelong punk’s current state of mind.

“The Long Island scene is why I’m here. We all grew up going to see our favorite local bands that most of the world hasn’t heard but you’d go to shows and you’d have members of The Movielife, Brand New, Taking Back Sunday, Glassjaw, Bayside, all in the same crowd singing along and moshing.”

With a more stripped down feel, Caruana’s solo music doesn’t lose an ounce of that punk grit. It would be almost impossible to subtract one iota of that Brooklyn rawness from Caruana’s signature wail. Album closer “Your Religion is Killing Me” may be the ellipses to the future, a dark and largely instrumental track alludes to more ambient trails for Caruana’s path. The track is a scorching closer that could only play the role of bookend to a largely upbeat record. It goes to show that the punk anger over hot topics, such as religion, is not dead. “When I have a fever or I’m getting really sick and it’s happening overnight where you’re alone and glued to your bed, you hear all these noises and it’s like a nightmare. The song builds into a tension and I applied my disgust for people misappropriating religion and all the evil that’s been done in the name of religion and the way humans treat each other in the name of religion, that just makes me feel rotten inside.”

This isn’t to say that Survivor’s Guilt is all doom and gloom. The record still holds true to Caruana’s roots, a palpable East Coast pride rooted in the Long Island Scene. The area has long been known for sticking together. As other projects began to push pause, it was Bayside’s Anthony Renari that gave Caruana the extra push needed to tour with his solo songs. “Anthony was the guy that lit a fire under my ass a little bit. We’ve played a lot of shows together since then. In the beginning everyone would go see everyone’s band and everyone would tour together, it’s nice.” 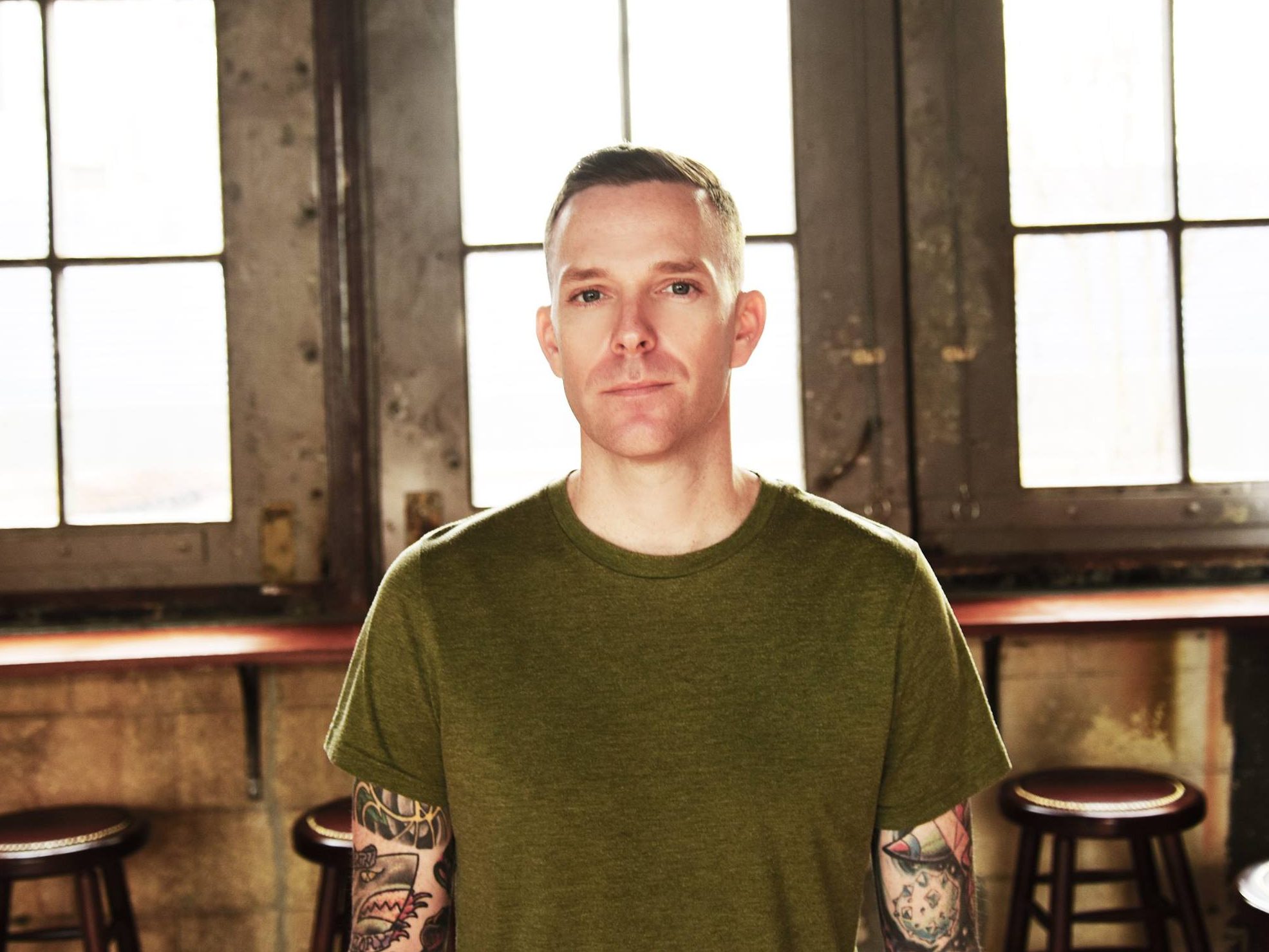 “The Long Island scene is why I’m here. We all grew up going to see our favorite local bands that most of the world hasn’t heard but you’d go to shows and you’d have members of The Movielife, Brand New, Taking Back Sunday, Glassjaw, Bayside, all in the same crowd singing along and moshing. There’s dudes from all those bands I’ve known since I was probably 15.” Though many see no differences in scenes from coast to coast, Long Island has bred some of the most important acts of the last two decades. From the outside, they appear branded as a lifelong crew; Long Island respect runs deep.

“If someone is holding something I did in that kind of regard that I hold the bands I grew up on, that’s success.”

After a few minutes of speaking with Caruana, it becomes clear that the fact nostalgia may contribute to longevity in a career is not lost on him. Whether it’s The Movielife, Peace’d Out, I Am the Avalanche or his first solo work, the New York gentleman seems to have a firm grasp on his role as an artist, where success is measured not only by staying power but by truly implanting long-term loyalty. “I think we live in the age of reunions. I’m happy to live in that. I think bands like The Movielife can get back together and play great shows because that era was special to a lot of people. There are a lot of people who are 30 now that was their life and the soundtrack. Other bands were that for me. To be that for someone is sick. If someone is holding something I did in that kind of regard that I hold the bands I grew up on, that’s success.”

Tags: Bayside, Brand New, Glassjaw, I Am The Avalanche, Peace'd Out, Survivor's Guilt, Taking Back Sunday, The Movielife, Vinnie Caruana