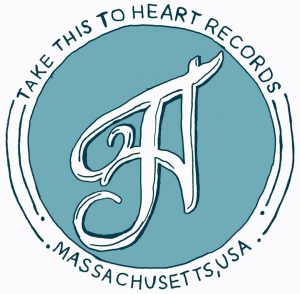 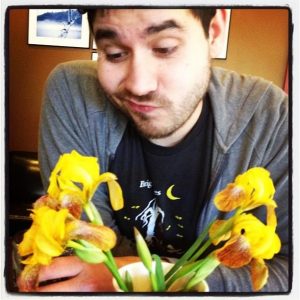 Welcome to a playlist with a plot! Hannah Hines spoke with Take This To Heart Records owner Joe Urban to outline his journey and get some great insider advice, but she took some stops along the way to make song recommendations; so you’re not just going to meet Joe and the label, you’re going to hear them too.

In a brainstorming session years ago Joe Urban said the simple but powerful words, “I really want people to take these records to heart.” Now it’s 2016 and Take This To Heart Records is more than just an idea, it’s an impressive indie label based in Massachusetts supporting bands around the country. Joe had been in touring bands before with a DIY ethic allowing him experience in managing and booking. Eventually Joe moved into a different area of the music industry by working at Zing Recording Studios (Killswitch Engage, Underoath, The Devil Wears Prada) which sparked a desire to manage bands and help them put out material they were all proud of. Even though Joe has gone through times where he’s contemplated quitting music, he knows he found what he truly loves doing.

Running a record label isn’t all colorful vinyl variants and big release days. “I want every band to create their art and get paid properly so that they can attempt to make it their ‘full time job’,” explains Joe on his goal to grow the bands TTTH signs.

► Beck and Call by Sundressed

Sundressed is instrumentally infectious and vocally vibrant; the combination will leave you feeling like you’re in an internal summer when listening to their jams (especially this one).

“I’ll even actively hit up bigger labels for my bands when I feel they have a plan/release that makes sense to do at a bigger label. I want to grow with every release but, it’s crazy to think that I can do everything a band may need to be successful.” It’s certainly a daunting task but Joe understands he does need other people to succeed. “I get to work with cool managers, agents, publicists on my bands now and honestly I haven’t really had any bad experiences yet (cross my fingers) as the teams we’ve assembled have been pretty rad.”

While all record labels are run differently, we may mistakenly assume that they control their bands to have a certain sound or image.

“I really don’t have any say in what type of sound my bands are creating. There is a reason I signed them and believe in their music,” says Joe, having been on the band’s side himself gives him a better insight into how to handle them. “I do have a passion for songwriting and always give constructive suggestions on where a band can take a song/album. I got to work hand in hand with Traditions on their album as they were super receptive on my ideas, so I’m pretty proud of how their album “Cycles” turned out both sonically and in the songwriting department.”

► You Looked Better at the Party by The Other Stars

If you’re looking for an indie band that tackles the theme of growing up, look no further than The Other Stars. Bonus point: their album artwork for the release “We Were Kids” features an adorable pup.

“If you don’t have money, SHARE MUSIC. Whether it be through word of mouth, posting on social media, adding your personal friends to a band’s facebook, etc,” says Joe. “It’s also important to create a community by attending shows and just letting people know that you care about what you are listening to. I’ve found so many good friends through music and mutual interest in bands. It’s really a win/win when you’re a fan of a band and you start seeing how many people really enjoy that band also or even COULD enjoy that band if they just heard their songs.”

► I Was Once an Extrovert by Dead Leaves

Dead Leaves is an emotionally provoking band with their transparent lyrics and often soft to loud song structure; a great addition to any autumn playlist.

Starting a record label is a lot like that The Office episode when Michael Scott declares bankruptcy by screaming, “I DECLARE BANKRUPTCY!”, but actually running a record label takes a lot of commitment and good intentions. “Before you start, realize that it is a partnership with the bands you put out. You can’t go in and do a half-assed job because that just hurts the art that the bands create. Be ready to work as hard as the band does, if not harder.”

Joe also suggests researching other indie labels. “See what they are doing and what works and doesn’t work. Don’t expect the first release to blow up and don’t get discouraged either if it doesn’t. After you start it, don’t quit and know that you can work 24 hours a day and never get what you want accomplished.”

► Preoccupied by Save Face

Self-proclaimed “dad rock”, Save Face is one of most energetic bands you’ll encounter—from their constant touring to their upbeat tunes.

The bands on TTTH all have their own unique sound from punk to post-hardcore to alternative rock and everything in between.

“We’ve put out great albums this year by The Other Stars, Save Face, Locket, Sundressed and more! Lots of tours this fall too from those bands. The Other Stars already have a brand new full length recorded and it’s going to really blow people away. They are from Worcester so I get to see them all the time/heard all the demos/know all the words to the album already. If you’re a fan of Piebald, Modern Baseball, The Mountain Goats, Front Bottoms… do yourself a favor and check them out!”

► Sitting in a Spinning Room by Fossil Youth

Fossil Youth brings a darkness to pop punk that comes organically, as if they’re not even trying. With a new release on the way this is definitely a band to watch.

Right now there’s one band Joe (and myself) are especially excited about. “YES! Fossil Youth! We are putting out their new full length “A Glimpse Of Self Joy” on November 4th and it’s a banger. I’ve got to work with Fossil Youth on a split, an EP and now a full length. So really we’ve been on the same page building this band for the most part. Every tour they do gets better and every release sells more, so that’s a good way to gauge if what we are doing is working. It’s rad to get a phone call from a band on tour and have them ask you for more vinyl/CDs because they keep on selling out at shows.”

Take This To Heart Records may be a small operation but they have big dreams; dreams that can’t be accomplished alone. Every band you love once was playing basement shows and working on EPs just to get their music out there. There’s something undeniably special about discovering an artist in their beginning stages and TTTH makes it simple to discover a bunch in one place. It’s inspiring to find people in the music industry like Joe who didn’t necessarily have an opportunity handed to them, but created an opportunity for themselves. Take This To Heart Records is more than just a label; they’re people, a dream, and a message that it doesn’t matter where or how you start as long as you do it with your heart completely in it.