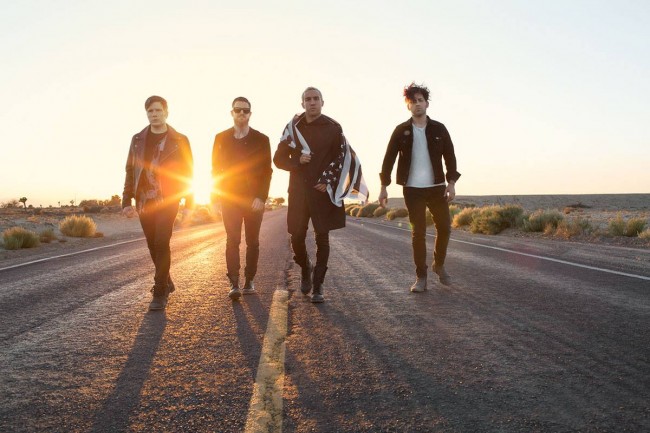 When it comes to originality, artists have a fine line to toe. At best, using similar sounding song elements is an homage, a nod to the past and to their influences, an easter egg of sorts for the listener to stumble across. At worst, they’re considered a cheap rip-off, a copy–unoriginal and unacceptable. We often look at originality as being solely black and white, but there seems to be a lot of gray regarding where exactly the line is drawn.

On one hand, look at Fall Out Boy, Halsey, or the handful of other artists who have intertwined samples, borrowed lyrics, or name-dropped their influences to put a twist on new music. Fall Out Boy lead the way with their massive arena rock anthems that draw upon classic melodies, like the intro from “Tom’s Diner” and the wacky riff from The Munsters theme, to add a flair of nostalgia and maybe even memorability. It definitely works, since “Uma Thurman” and “Centuries” have become quite the earworms. Halsey did something similar on her stellar single “New Americana,” which slides in a few lines from Notorious B.I.G’s “Juicy” and name-drops both Biggie and Nirvana as influences. It’s a brilliant relatability tactic: she taps into the tastes of her audience, knowing they’ll recognize those names and those lyrics and connect with the song even more.

On the other hand, consider the accidents, like Sam Smith’s breakout hit “Stay With Me” and how clearly similar it is to Tom Petty’s “I Won’t Back Down.” Though 25 years apart, the two hooks are pretty much the same. It’s also one of the simplest chord progressions, making it perfect for a pop song and incredibly easy to replicate, even by coincidence, which is what Sam Smith claimed. Just last year, Robin Thicke actually faced a massive lawsuit for his “accident” with “Blurred Lines.” Bearing extremely strong resemblances to Marvin Gaye’s popular song “Got To Give It Up,” Thicke’s tune ended up costing $7.4 million in payout to Gaye’s family.

The main difference here is permission–with Fall Out Boy and Halsey, among many others, the songs are clearly using samples and the writers are given credit, as opposed to Sam Smith, Robin Thicke, and again, many others, who attempted original songs that just didn’t end up being so original (whether or not they’re stolen is a different article). But it all comes down to the same idea: listeners love familiarity.

In 2014, a study called “Instrumentational Complexity of Music Genres and Why Simplicity Sells” surveyed more than 500,000 albums of 374 different styles released over seven years, and found that as a certain genre becomes popular the complexity of instrumentation actually decreases. Basically, the more popular the style of music, the more uniform it inevitably becomes.

“This can be interpreted as music becoming increasingly formulaic in terms of instrumentation under increasing sales numbers due to a tendency to popularize music styles with low variety and musicians with similar skills,” the study says. “Only a small number of styles in popular music manage to sustain a high level of instrumentational complexity over an extended period of time.”

In psychology, there exists a “familiarity principle,” also known as the mere-exposure effect. It’s when people develop a preference for something that is familiar. This can apply to words, shapes, people, and sounds, especially music. The familiarity principle explains why you can hate a song at first, but grow to like it after a few listens, and why the uniformity that develops in popular genres is still appealing.

It could also explain why repeated melodies, riffs, chords, and phrases captivate us–even in a completely different song. Hearing the familiar notes of “Tom’s Diner” in the Fall Out Boy song “Centuries” is exciting rather than boring, and it’s the same for the familiarity we find in Sam Smith’s “Stay With Me,” and pretty much every pop song ever. The repetition of sounds lends itself to recognition, which is something the human brain is hard-wired to do. 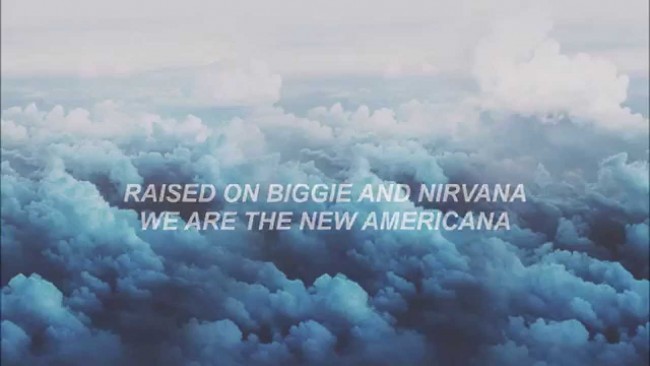 Biggie inserts that sense of familiarity, too, on “Juicy,” which features a sample originally from Mtume’s 1983 song “Juicy Fruit.” B.I.G. changed the lyrics and the vocalist, but kept the influential melody that’s been sampled in several other songs. In fact, it’s the exact sample that’s carried over to Halsey’s hit, “New Americana.” She changes the lyrics as well, but the tune is unmistakable. Now this influence has been passed down through generations and a simple string of notes has a sonic lineage in the music world. No, it’s not original to borrow someone else’s melody, but in this case, using the sample carries even more weight for a listener–it implies an ancestry that’s arguably more culturally and historically significant than something completely new.

There’s a theory that true originality may not even exist, that everything we create is influenced in some way by what has already been done. Science proves that our brains like it that way. The quest for originality need not be so black and white. Acknowledging the history of influence is a gray area, but one that undoubtedly makes music enjoyable on a deeper level. American author Kurt Vonnegut once said, “We’re doomed to repeat the past no matter what. That’s what it is to be alive.” While I love this quote, I’d tweak it just a little when it comes to music: We must embrace the past no matter what. Besides, the act of ignoring our predecessors dooms us to repeat the past in a way that may just result in “coincidence.”

An abridged version of this article was originally published in Substream Magazine #51.