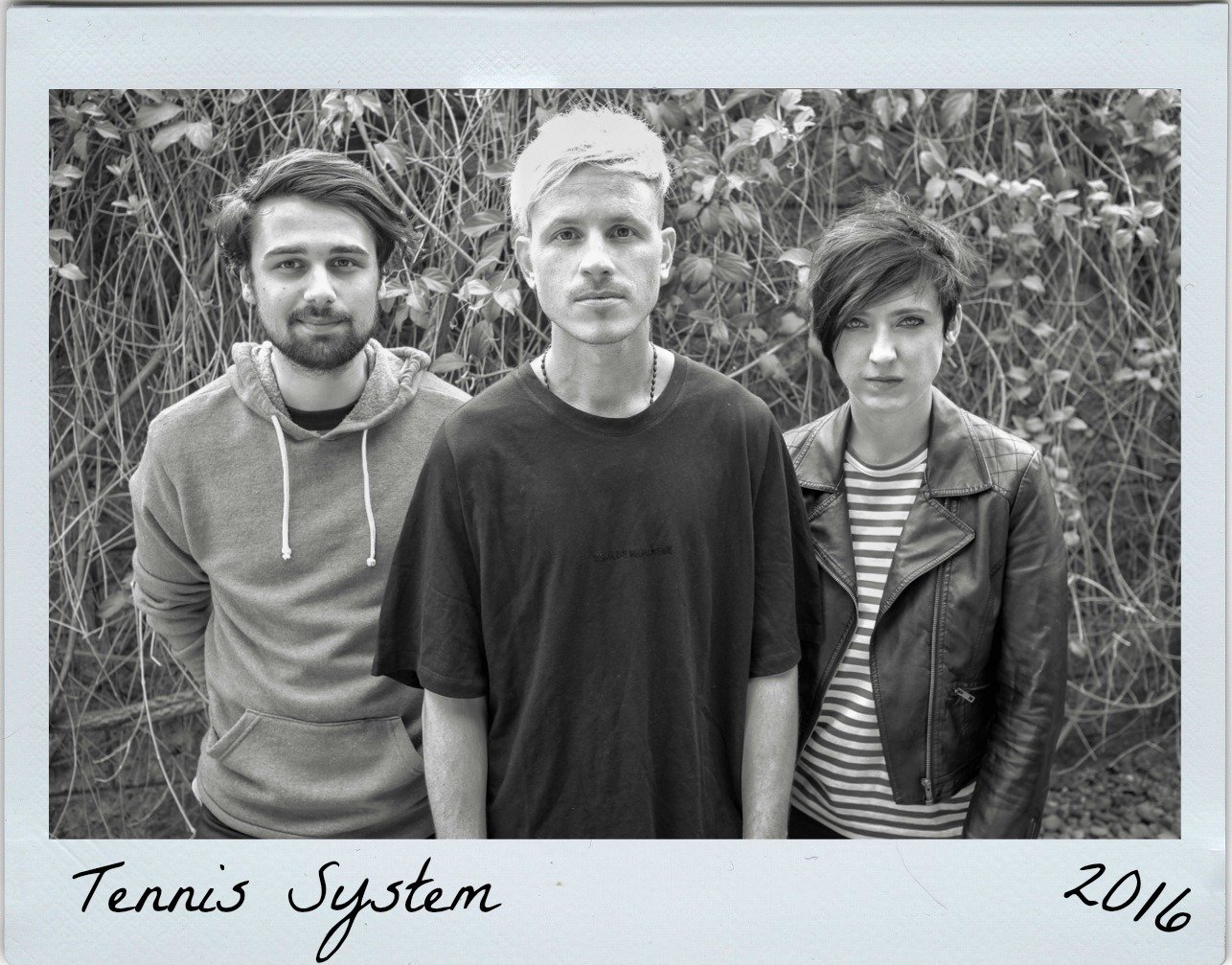 You know what they say about pictures and a 1000 words, but what about Polaroids? Well, we think they’re worth just a little more, especially when Tennis System is the one taking them. The DC turned Los Angeles band has been busy since their 2011 debut, and a day in their life is probably more exciting than anything you’ve done all month.

So go ahead, dive into the indie pop world of Tennis System—frontman Matty T is serving up some of the band’s best memories and favorite places with a Polaroid camera. From their rehearsal space, to MDDN Studios, to their one-of-a-kind print shop, take a tour of Tennis System’s life, and let their killer tunes soundtrack the experience.

“Original Tennis System kick drum…my brother randomly doodled this on a receipt when we were recording ‘Teenagers.’ I liked it so much I asked him to draw it on a kick drum head for us, then spent a few hours coloring it to my liking.”

“On the other side of our rehearsal space is a small area we converted to a silkscreen printing area. I screen every piece of Tennis System merch by hand, so each piece is unique and one off.”

“It’s a small setup and I’ve mostly taught myself, but I have a few friends I call back east for an occasional tutorial on pieces I botched, haha. A lot of times I give the defects to my brother, he likes the imperfections. Everything I need is here and it’s fun to experiment with it…each piece is something cool and unique to whoever gets it. That connection between me and our fans is important to me, as an artist, because it removes barriers.”

“I come up with all kinds of designs but only a few actually make it to fruition… about four or five signature designs all of which were inspired from bands we love, listen to and respect, like New Order, Eric’s Trip, Sebadoh and Dinosaur Jr.”

“Being inexperienced lends itself to some mystery. Every time I pull the screen, I prepare myself because I’m never sure what I’m going to get. That’s the really exciting part about it for me. I dig the imperfections, though. I almost feel like they’re cooler, because they’re one of a kind. Too many people’s perception of what’s cool is skewed by other’s imperfections.”

“Final product! I hunt for vintage clothing and finding single stitch t-shirts is my goal. I am constantly looking for blanks because these are fresh canvases to make some more unique pieces and try out new ideas.”

“Our rehearsal space is my home away from home. This is my escape from the world where I can leave everything else at the door and just create.”

“Laying down some new ideas at MDDN Studio! You’ll never find me playing anything other than a Fender Jazzmaster or Jaguar. I love Fender offsets with floating tremolo. There’s just something about those guitars that gets me. I like to buy Japanese ones and mod them.”

“The studio is a my special place and when you have a good team to work with, there’s nothing else like it. Everyone here is so fucking rad and really makes me feel like I’m at home. Something I’ve been looking for since I moved out west.”

“1 of 1 Tennis System shirt on MDDN’s boss man Benji Madden. I can’t describe to you how happy it makes me when people want to wear our merch. I love that so much!”

Now that you’ve seen a day in the life of Tennis System, it’s about time you see them live, don’t you think? Head out to their show at Non Plus Ultra in Los Angeles on December 15th, and bring your Polaroid camera with you—you might get some pretty cool pictures, yourself. Until then, one more song for the road: 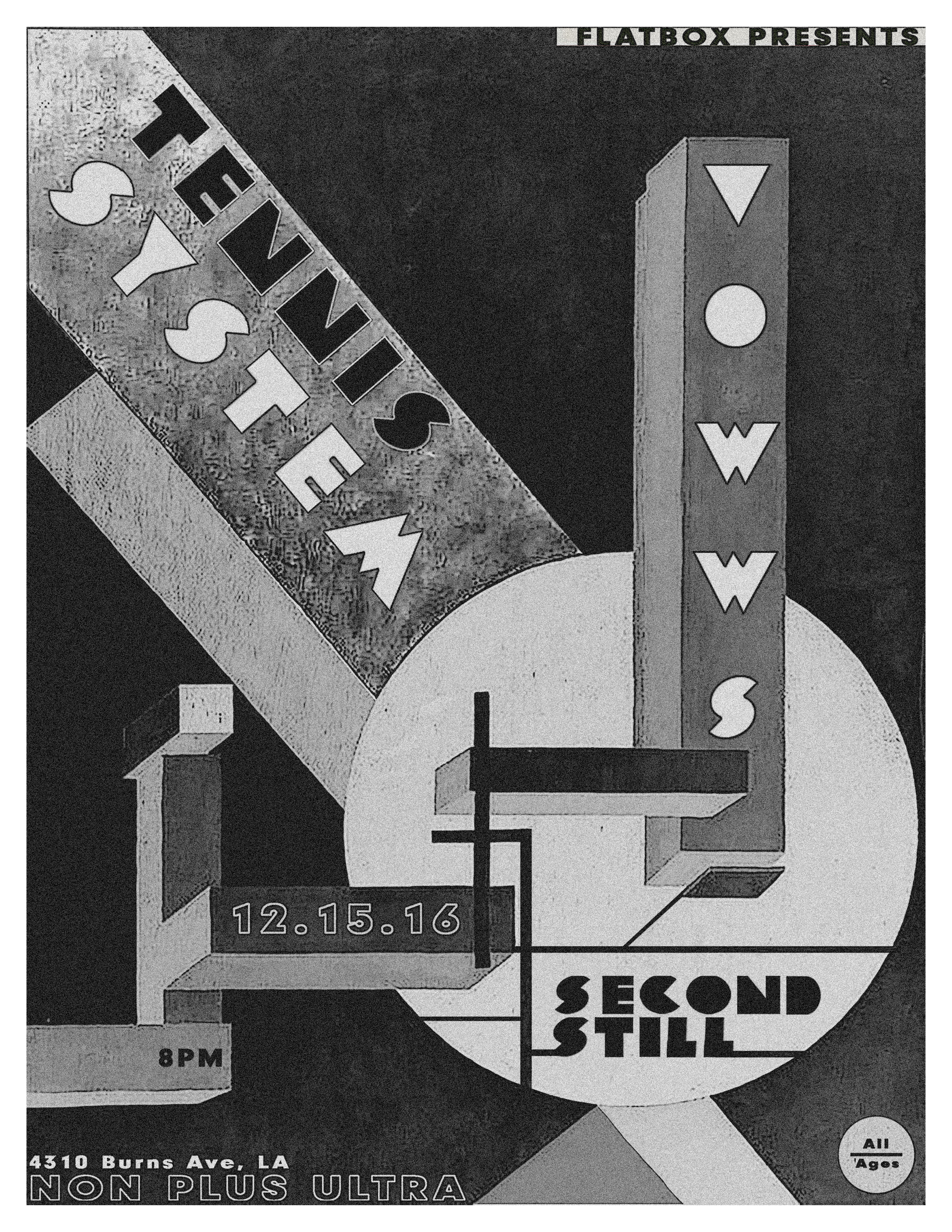