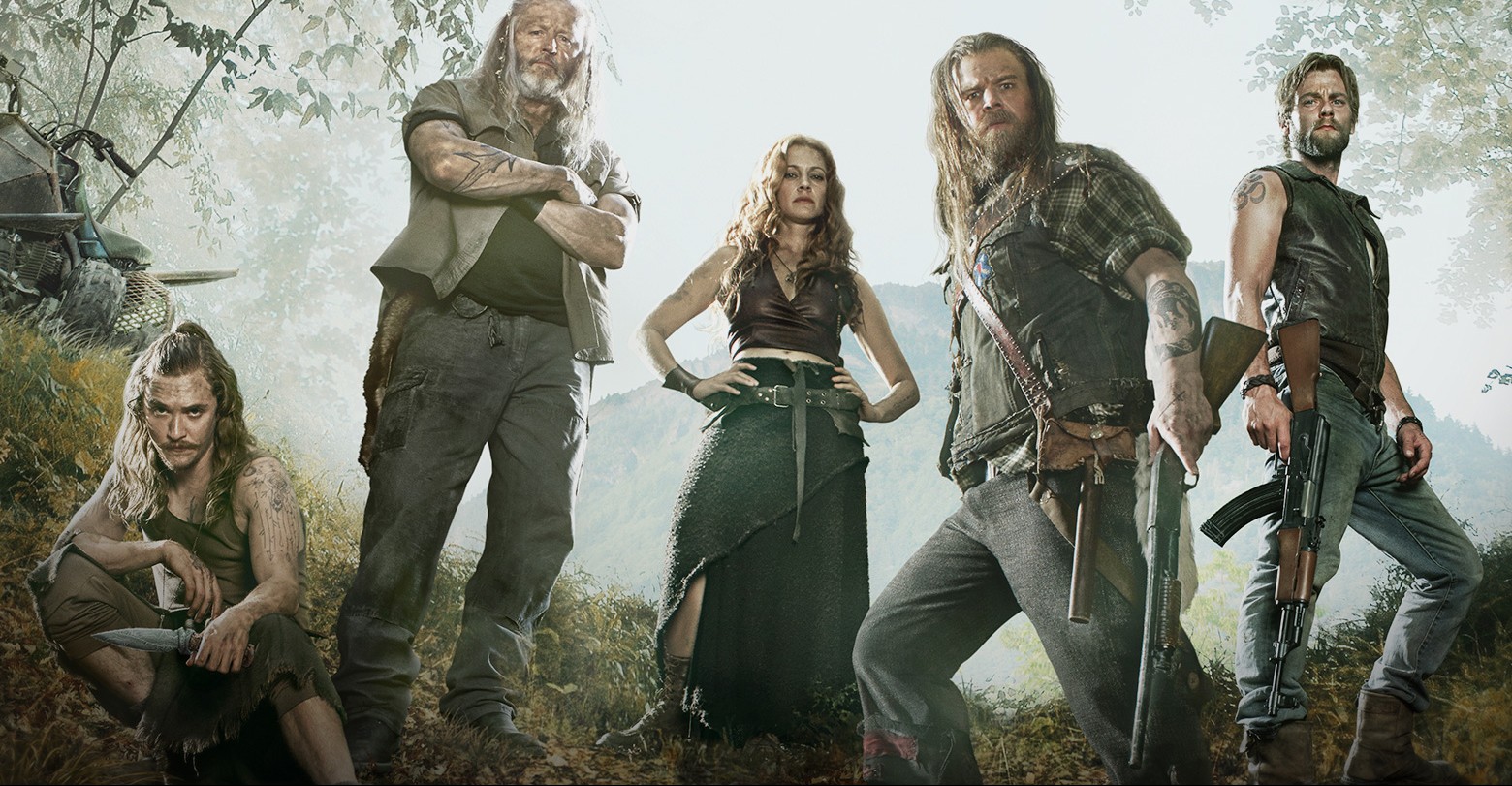 The final season of a favorite show can feel a lot like losing your best friends. When that series finale is unexpected and comes after only two seasons the blow is especially hard felt.

Last year my friends, family, and even my fellow Geek Girl Rioter, Sherin, here at idobi kept recommending that I watch Outsiders, a new series on the WGN Network, but I resisted. I was already neck deep in TV commitments; I didn’t have the time or mental energy for another show. Leave me alone guys! However, one night I was working at my desk with the TV playing in the background and the season 2 premiere of Outsiders came on. Despite my protests I found myself drawn in and realized pretty quickly I’d better change the channel before I watched any “spoilers”. This was good stuff and I needed to watch the series from the beginning! Well, you know how that goes. I found season 1 on Hulu and finished all 13 episodes in 3 days. I caught up on the first few episodes of season 2 and watched the remainder in real time. I was hooked and hooked bad. I followed the Outsiders Instagram and Facebook accounts, researched the actors through their IMDb accounts, read up on the show creator, Peter Mattei, and when I found out you could buy actual “Farrell Wine” (moonshine) I almost lost it! I told everyone I know to watch it just so I would have more people to talk to about the show.

Outsiders is set in the small fictional town of Blackburg, Kentucky and the surrounding Appalachian mountains. The Farrell clan have inhabited Shay mountain for over 200 years with very little interaction with the neighboring town’s inhabitants. I fell in love with Shay Mountain and the Farrell’s simple way of life. Given national and world events over the last year I relished my escape to Shay Mountain as each new episode unfolded. When a mining company arrives, with plans to remove the Farrells from their mountaintop homes in order to obtain the mountain’s coal—bearing promises of coal company jobs for the townspeople—it felt eerily similar to current events involving politics and environmental issues.

Like one of my all time favorite shows, The Walking Dead, the best part of Outsiders are the strong characters and the human drama that plays out against this backdrop of survival. The Farrell clan is led by their Bren’in (leader), Lady Ray, portrayed by Phyllis Somerville, while her son Big Foster, played by veteran actor David Morse, schemes to become the family’s leader. His calculating ways reminded me of a particular presidential candidate who also used manipulation to gain the role of leader. Gillian Alexy as G’winveer is the strong, influential woman of the clan, giving us another familiar storyline as Big Foster works to destroy her influence over the clan. G’win is coupled with Lady Ray’s grandson Little Foster, played by Ryan Hurst, best known for his role as Opie in Sons of Anarchy. When a cousin, Joe Anderson as Asa Farrell, returns from a life as a “lostie” (someone who lives off the mountain), the struggle for the clan’s leadership takes an unexpected turn. The characters are all played to believable perfection and the fans have their favorites, even generating a couple name “Sassil” for Kyle Gallner as Hasil Farrell and Christina Jackson who plays townie Sally-Ann. For me personally the strongest character is Thomas M. Wright as Sheriff Wade Houghten. Of all the characters I’m going to miss him the most. Wade’s vulnerability and flaws may make him appear weak but it’s these very traits that make him a strong, complex man with great insights. I guess it was the acting as much as the storyline that really hooked me on Outsiders. Supporting roles by Mark Jeffrey Miller as Krake, Barret Hackney as Butch, and the brilliant performance by Eve Lindley as Frida all contributed to my love for the show. They became my friends, who drew me into a world I didn’t want to leave.

Outsiders initially attracted a slow but steady devoted fan base, but it quickly became the WGN’s highest rated original show as word caught on. This is why I was shocked that with only a few episodes left in season 2 word came out that the network was cancelling the show.  I’m not sure who is running WGN or what their thought process is but this is crazy. Networks don’t cancel successful programming. When I heard the news I felt like the Farrell Clan when they got the eviction notice from the coal company. How can they take away my family? How can they throw me out of my home? I like it here on Shay Mountain. I want to drink the rest of my Farrell Wine with The Farrells. I was in shock and I was angry. I didn’t want my time in Blackburg  to end. Sadly, the final episode of season 2 and series finale of Outsiders aired on April 25th. It was a bittersweet evening. I cracked open my jar of ‘shine, settled in and said goodbye. If FX, Netflix, or AMC are reading this, please pick up this series. There is a built in fan base anxiously awaiting season 3 and I volunteer to be their Bren’in.

That’s all for now, and to my fellow Outsiders fans “Ged Ged Yah”. 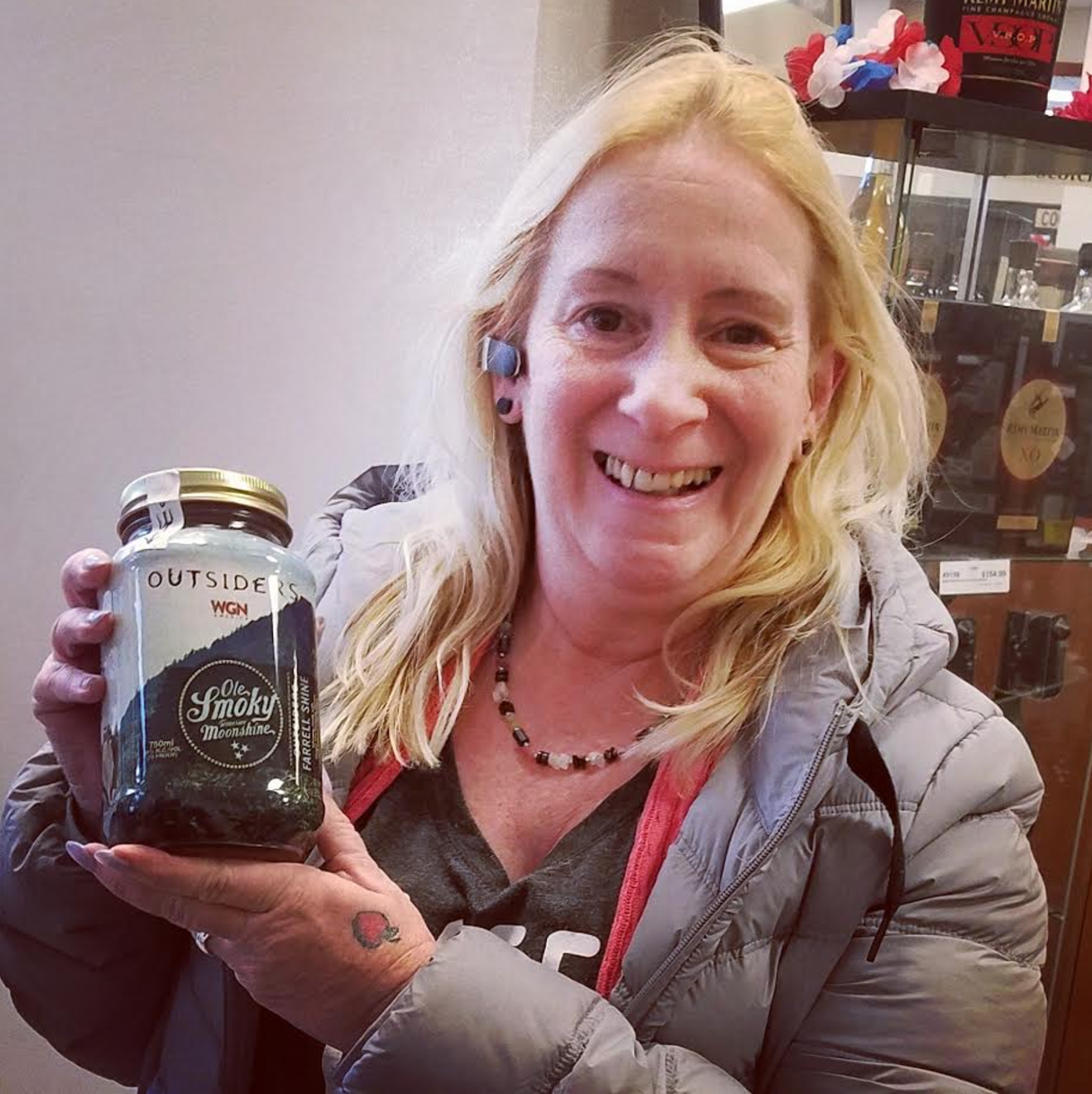 You can catch both seasons of Outsiders on Hulu,  Amazon, and other streaming services.