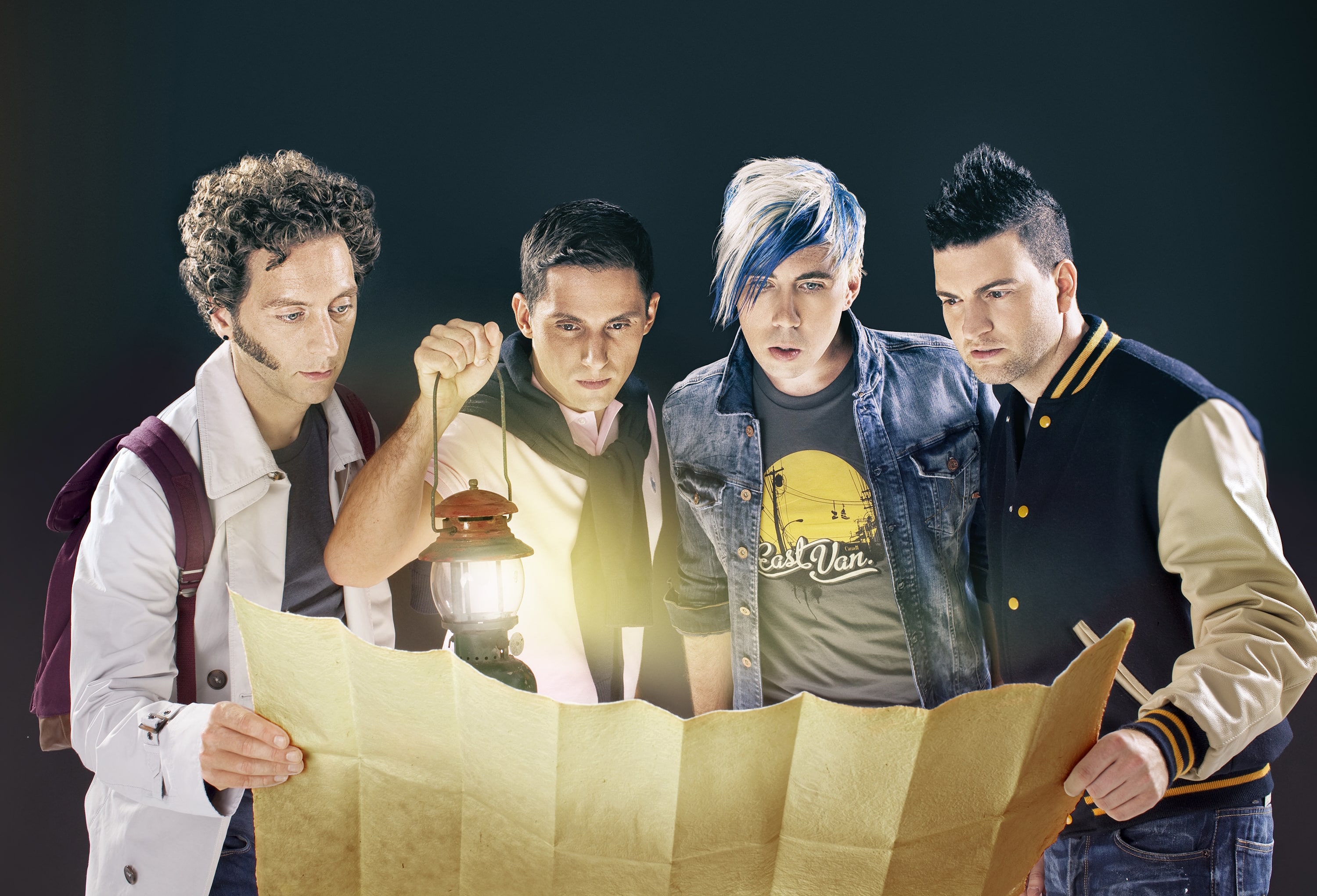 “You know everything happens, it happens in threes” – Astoria

From start to finish Marianas Trench’s latest masterpiece Astoria transports you into a story of both love and loss, of wanting to stay young despite being forced to grow up. Soaring symphonies, movie quality production, along with an unchallenged vocal range, and total creative freedom are just a few of the qualities that make this talented band of brothers and everything they touch so magical.

Mike Ayley speaks with the same passion you would expect from a bassist whose band just moved from vans to trailers and from dive bars to venues, but MT has been playing arenas since 2012. The group has earned success time and time again over the years but for Mike the potential was evident from the start. “I wouldn’t have just joined any band to be doing the job unless I loved what the music was back then. The albums are something we can all be super proud of because they’re creative with the limits of what we can do, they’re a listening experience.”

“The music career is supposed to be the bad decisions and the unreliable thing, for all of us it’s one of the most solid things in our lives. We always give people their space and are supportive, there’s a lot of respect for each other.”

Astoria is a concept album set in Astoria, Oregon, the ill-fated town from the 80’s fantasy adventure The Goonies. Although lead vocalist Josh Ramsay is the origin of the vision, each band member has a sort of ownership over the final product and certainly contribute to making the dream become a reality. “As far as the vision Josh is definitely the visionary and has quite a clear direction with the album, the rest of us still put our fingertips on it, but he definitely does almost all the songwriting.” There’s a pride and enthusiasm Mike speaks with when explaining the record is shared equally by each member. “This is probably the best studio experience we had, it was very organic and natural,” says Mike on the studio which was actually Josh’s apartment-gone-80’s from the instruments to the decor.

With a vision as ambitious as Astoria, did MT really see it through? 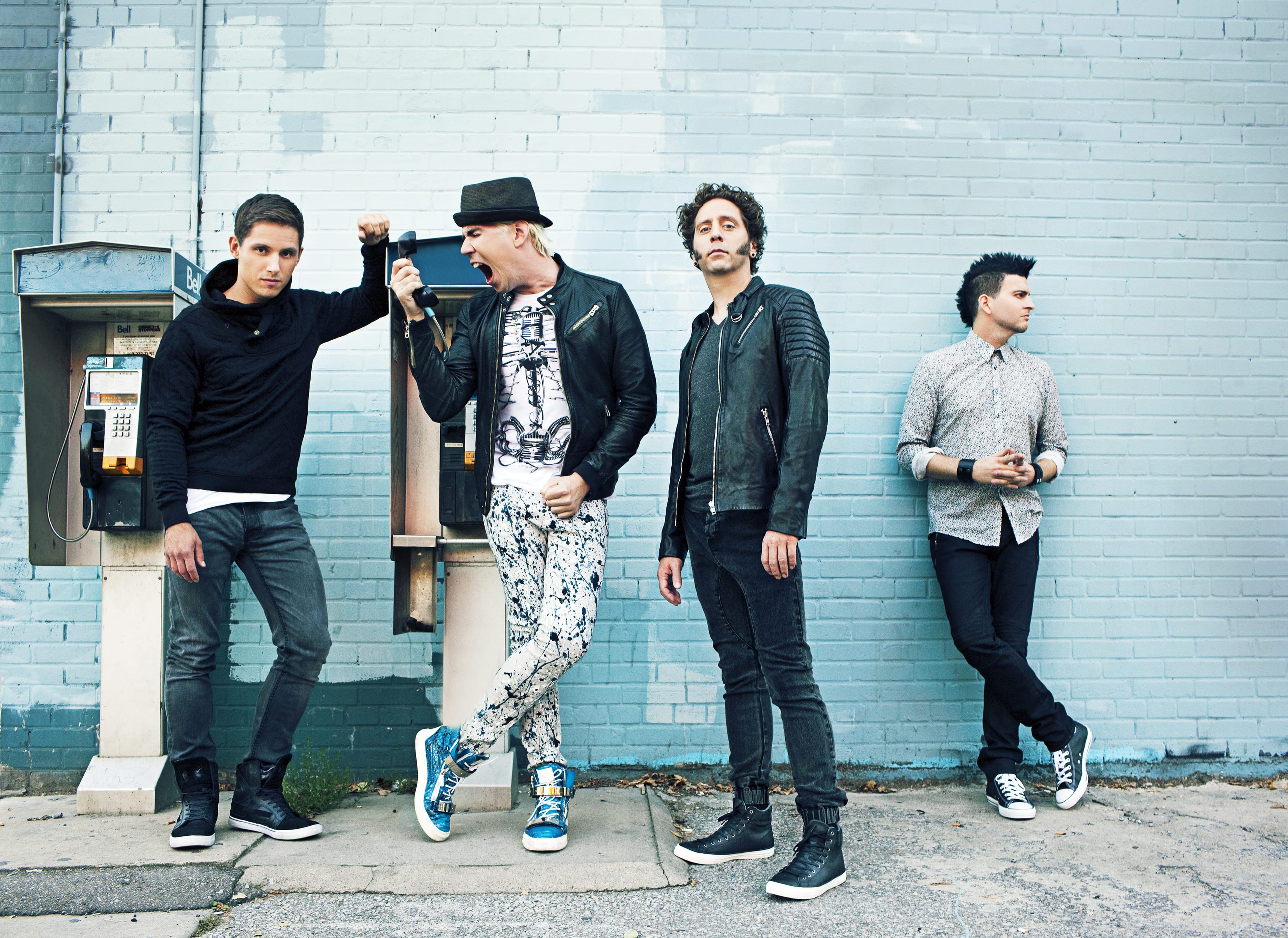 The vision behind Astoria is a victory, and not just because it reached no. 2 on the Canadian Billboard chart. “I hope that our music can be kept as a person’s soundtrack of their life. Hopefully we can influence at least one band, that will do something different than us but be encouraged that we pushed the envelope and still got here,” says Mike, now several months after the release. One idea became touched by many, from an orchestra to producers, so it could go on to touch many others. That alone makes it successful.

A victory is only won after overcoming battles and MT is no exception. “We really, really, really did become a family. We have gone through some of the hardest times in the last couple of years which is what a lot of stuff on the album is about,” Mike says speaking from the same place of healing that Josh sings with on the record. It’s admirable to watch a band grow to this level without growing apart. “The music career is supposed to be the bad decisions and the unreliable thing, for all of us it’s one of the most solid things in our lives. We always give people their space and are supportive, there’s a lot of respect for each other.”

“The goal is always to be able to put on the best show that we can. We all share that similar goal and lifestyle.”

Marianas Trench have never lost sight of why they started: The music. “There’s no hardcore partying or drugs and stuff and I think that can lead to volatility for a lot of bands, it puts you in an unstable emotional state. Our routines are eating really healthy, working out before the show.  The goal is always to be able to put on the best show that we can. We all share that similar goal and lifestyle,” Mike says, giving advice for other bands while reflecting on what has worked so well for MT.

Astoria can, of course, be listened to with eyes closed and mind open but it reaches full potential when played and seen live. The band’s live show uses LED screens, lights, wardrobe, a harness track, ramps, raised drumming platform, and lots of emotion to give the demanding album the performance it deserves. “We find a way to do something that we hope is marketable but is still what we want to do. For this particular album, the theatrical aspect lets us get away with much more—such as show openings. It lets us get us into a character; right now it’s very 80’s rock and I’m wearing stuff I never thought I would. But I’m up there and I’m like ‘this is who I am right now’, the environment makes it right.” Mike conveys what’s already obvious, that everything MT does is done with integrity.

The vision was a victory, but behind all those bright lights does MT still see fans? 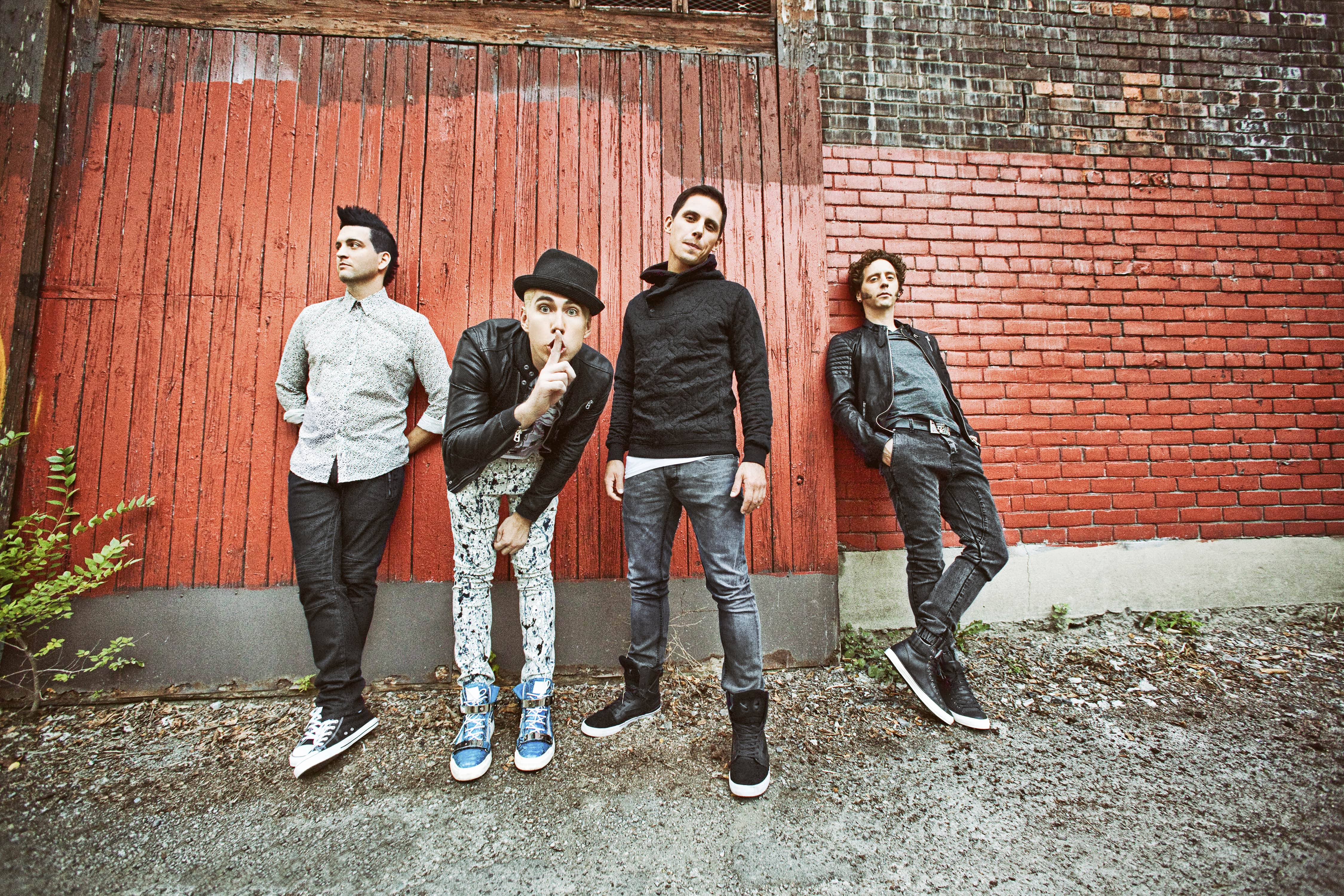 3. The Visible are Happening

“They make us feel visible,” says Marianas Trench fan Christina Mahachek, proving that the band can see the crowd. In fact MT recently encouraged fans to dress up in 80’s outfits for shows and would pick winners—not to create competition, as there was no prize, but to add to a show that is already theatrical and just plain fun.

“For me, I mean we are all just people. I’ve gone through shit in my life where I felt like I wanted to die, I didn’t want to die but I certainly didn’t want to live. Everybody goes through that, especially in those teenage years when it’s really confusing. None of us have any answers because we aren’t experts when it comes to psychology or counseling, but we have all lived lives and gone through stuff. How can you ignore people when they’re right in front of you? I mean you can only do so much, but even replying to stuff on Instagram…I don’t know, I love fans, they make our job fun and they’re real people,” is how Mike reacts after hearing the heartfelt message from Christina, that I just had to relay.

It shouldn’t be a revolutionary concept to treat fans as people; for MT making an effort for fans just comes naturally. “Especially at the US shows, we get a chance to come out and meet people after because the venue size still allows that to happen. There’s a lot of pre-conception with the music business that maybe there’s some entitlement and I understand how people can get there with the way fame is portrayed, but it’s not like that. I wouldn’t say we are famous but we’re known enough that I can see a little further up and realize that [fame] is not what you think, we’re not all just happy all the time. Sure you see it all on social media but there’s another 95% of life that’s not [on the internet].” It’s this evident self-awareness Mike and the rest of the band shares that make them so approachable, not just in their music but in person.

“How can you ignore people when they’re right in front of you? I mean you can only do so much, but even replying to stuff on Instagram…I don’t know, I love fans, they make our job fun and they’re real people.”

Marianas Trench are more than creators of music, they’re creators of a space that is safe to explore your own creativity right alongside theirs. You might not know all that’s happened to bring MT to Astoria, or even all that’s happening in the world of Trenchers, but when it comes to what will happen in Marianas Trench’s future, spoiler alert: It all ends in victory.