It’s not something you hear often, but Los Angeles has been good for Smallpools. Eschewing the typical burnout, cynical and fake side of LA, that you always hear talk of, the indie pop band have found a place to call home. They’re a long way from where they began—it shows in the music, and in our conversation. It’s a cloudy but typically beautiful day when I call, and vocalist Sean Scanlon is taking a walk around the block in Reseda, California, enjoying a break from preparations for their upcoming tour. Smallpools’ new EP The Science of Letting Go has just come out and this time around the vibe is different, both musically and as individuals; it’s more relaxed, more at home than they’ve ever been.

“It feels good,” Scanlon says of finally putting the new songs out there. “We were under the radar for awhile, just writing a lot of songs. There were a lot of mood swings. We decided on these five as our favorites, they all had a nice theme together.” The Science of Letting Go is a celebration of freedom, still powered by exuberant highs but with less urgency and more depth than ever before. Capturing feelings and transforming them into musical lightning in a bottle moments that move you is what Smallpools does best. They’re just living in the now, and their listeners are with them every step of the way. “Fans seem to like what’s going on, so all in all a positive report,” he quips.

Capturing feelings and transforming them into musical lightning in a bottle moments that move you is what Smallpools does best.

This newfound creative approach is something the band had to learn the hard way; their attitude to making music has mellowed as they’ve evolved as musicians. “This time felt a little different,” he admits. “The original stuff was just kind of like us in a rehearsal space. Nobody knew who the hell we were. We didn’t know much about what was going on in music at the time.” The band were giving it one last shot, and that’s when magic happened with their debut self-titled EP. “There was a nothing to lose-type attitude. I think that maybe came across in those songs.” The Science of Letting Go is freeing in a different way; they’re not trying to push for anything in particular. Getting it right and true to them was more important than ever with this record. “We were just waiting for things to come—but not in a lazy way” he jokes. Underneath the light humor you get the immediate sense that Sean Scanlon is a pro. His band have been around the world and back, through all the highs and lows of the music industry, and they’ve taken every lesson on board. 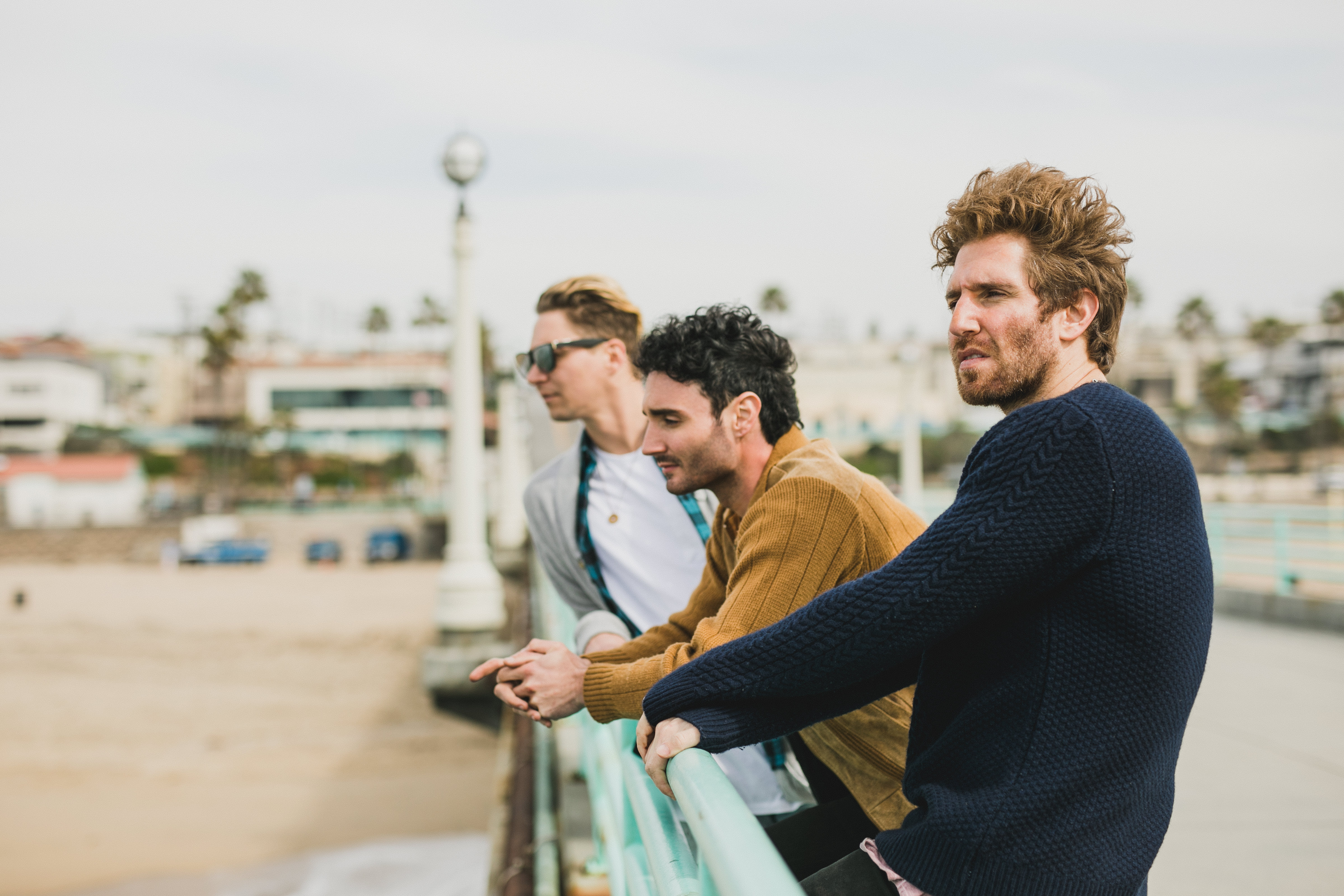 It’s always a challenge when a band has a song blow up, but then expectations about a follow up aren’t met. For Smallpools, it was “Dreaming”, the major hit on their very first EP, and it led to pressure to produce that kind of viral success ever since. Too often that pressure stops creatives from developing further, when they’re expected to do exactly what they did before. “You never really know what the track is that people are going to care about or what is going make sense to people,” he observes. And that’s what music is all about, celebrating our differences and how a song can take on so many different meanings. Music is an art form and you can’t replicate true inspiration, no matter how hard you try. You can only grow.

“Even if we’re jamming in a room for hours and hours, we’re just hoping for that happy accident where we all turn to each other like, ‘oh man, that was it’.”

Talking to Scanlon you get the feeling that, while he’s grateful for the past—signing to RCA Records early on helped get the band to where it is today—he’s glad to be writing his own future now. The band left RCA last year and are now under Kobalt Music Group, which has granted them more freedom. Being signed to a major label provided the financial backing and business guidance to help take their career to the next level, which is something most artists can only dream of. But it became harder to make the music they wanted to, when they were almost expected to make another hit like “Dreaming”. Going independent has clearly given them room to breathe; now, they can take their time and let inspiration come to them. Here Scanlon hesitates, trying to find the right words. “Our whole thing is just like, we…I mean, not necessarily wait—because we do write and work—but the random lines or inspirations, they come out of nowhere. Even if we’re jamming in a room for hours and hours, we’re just hoping for that happy accident where we all turn to each other like, ‘oh man, that was it’.” 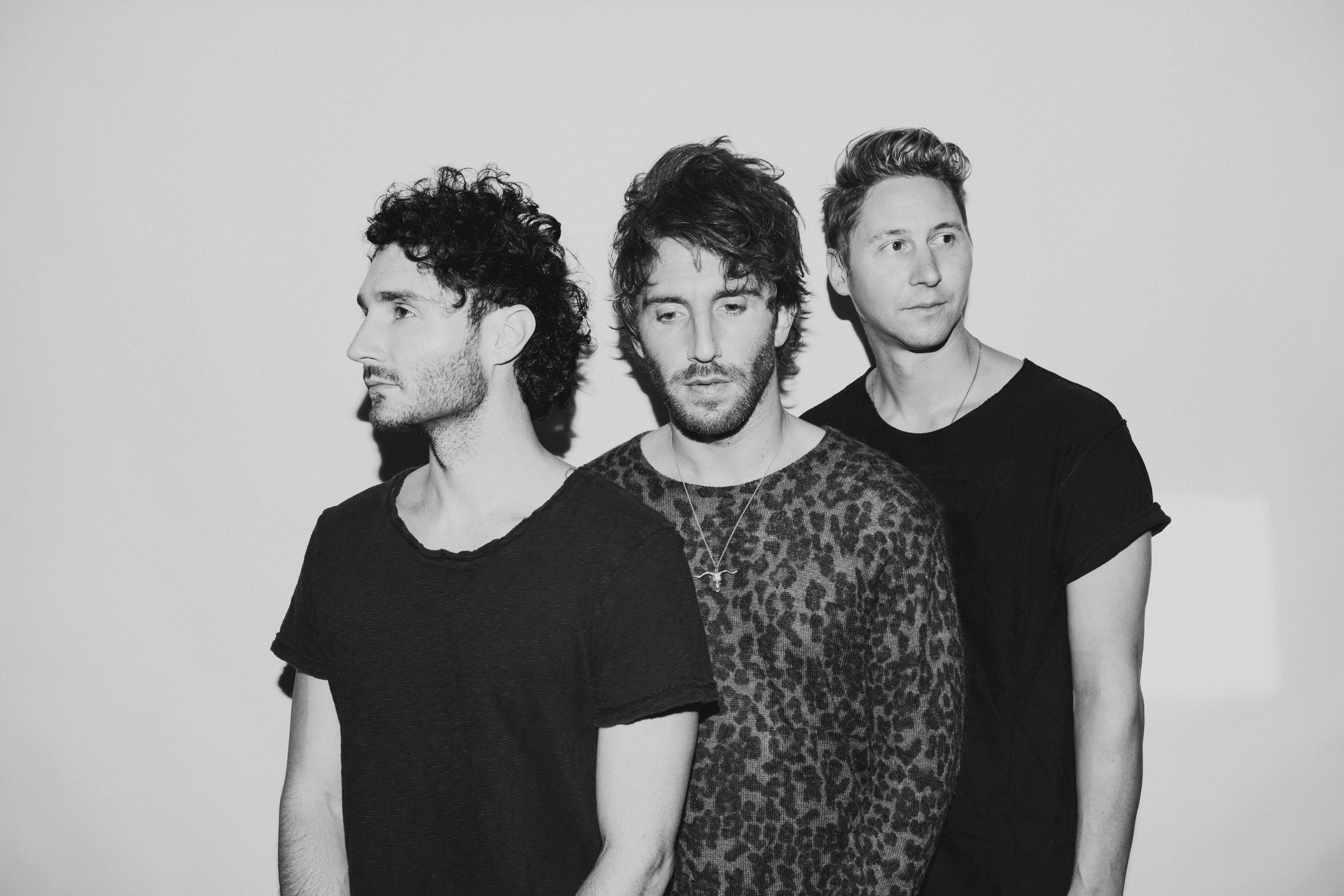 Scanlon credits the transition to California for the change of pace. “First moving to LA, I was like, ‘oh it’s vacation phase!’ and then I was like, ‘I gotta get a job!’ and I got all this cool new stuff and palm trees and…” he trails off, laughing before getting serious—after a few years, they’re settled and life under the sun has seeped into their attitude, and in turn the themes and moods of their songs. “But we’ve all just kinda chilled out a little bit since getting here and doing the initial music. So I think it’s just our moods channel through.” Those moods are summer-soaked, sparkling, and can elevate your own mood at a moment’s notice—because you feel what they feel, and these songs take on a life of their own for every listener.

“When things come out and other people listen, it’s like your whole vision of it all is put on its head,” he admits. But that’s half the fun. Even Scanlon, listening back to the songs now, finds new layers he didn’t realize existed. “Every week my favorite will change, like ‘oh man! I’m really down with this song right now’, and then I’ll discover something new in another one of ours.” When you’ve spent countless hours pouring parts of your life into songs, putting that incredibly personal work out there can be nerve wracking. But then they mean something completely different to each and every person hearing them, and it’s exciting to get a fresh perspective. “Originally during the writing process we thought one song was the one, but then something else came to the forefront.” He won’t say which—that’s for us to try and figure out. He wants everyone to have their own experience and find their own ways with each track, just as they had different experiences writing and recording them. 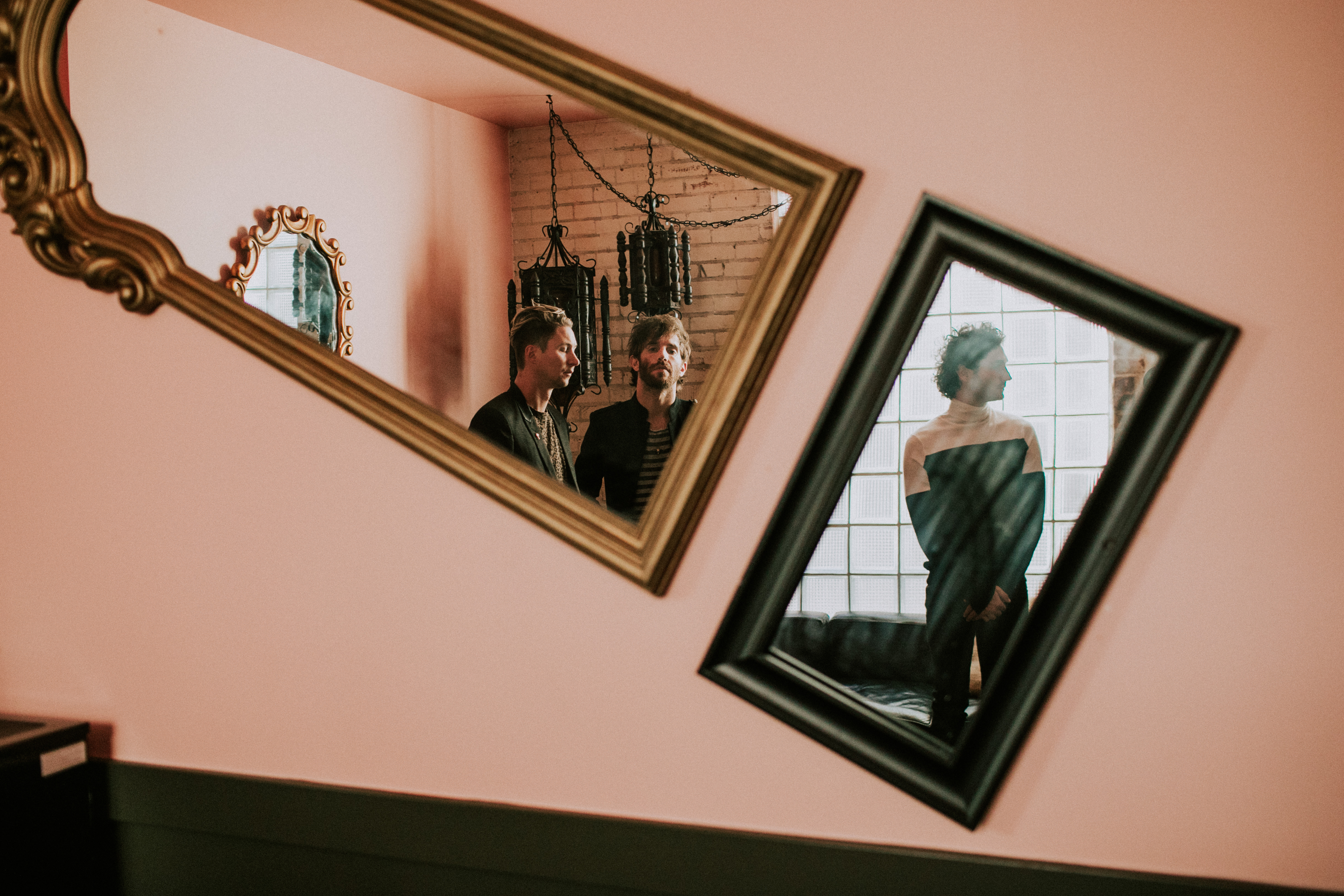 The word synchronicity comes to mind when you hear about their journey with The Science of Letting Go—from finding inspiration in the moment right through to the collaborations. “All the songs are from five different producers,” he explains. “We would meet friends who were also in the music industry at parties or gatherings or something and we’d be like, ‘Hey! You know, we should write together sometime’. Usually in Hollywood that means, you know, I probably won’t see you for a long time but…in this case we kind of actually acted on these meetings and setups and we wrote with some friends and some new cool people that we met, and it all just kinda happened.” He almost brushes it off, like working with big names such as Flor’s Dylan S Bauld (who recently collaborated with LIGHTS and Halsey) and Printz Board (Mark Ronson, John Legend) is no big deal. It’s LA, it seems wild to the rest of us looking in, but ask anyone living there and they’ll shrug and tell you that’s just how it is.

That’s what The Science of Letting Go is, to me, at least; sometimes when you stop searching for something, you find everything you’ve been looking for all along.

All roads lead back to Los Angeles, at least for now—who knows where life might take Smallpools next. That’s what The Science of Letting Go is, to me, at least; sometimes when you stop searching for something, you find everything you’ve been looking for all along. Sounds pretty good, doesn’t it? When the honeymoon phase wears off and you’re still content, you’re right where you need to be. Smallpools have that figured out; they’ve found home. “It just feels like life somewhere else,” Scanlon says, and in that moment he could be talking about LA, or the new chapter of Smallpools. “The overall naive excitement for it all has gone. Now we’re just hanging out and playing songs.”