“There are so many places that had a big impression on me because I’ve never been there before.”

What’s the recipe for a chart topping, indie rock band that took over the world with one single? According to KONGOS, one part ironclad family ties and three parts growing up in countries across the world. On the eve of the release of their third album, Egomaniac, I call bassist Dylan to chat about their influences, the new album, and the benefits of brotherhood.

The story of Johnny, Jesse, Daniel, and Dylan, the four brothers who make up the KONGOS, started in London, but considering Dylan was only two when the family left the city (and continent, for that matter), we quickly skip ahead to their time in South Africa. He explains that the culture is as fascinating as you might assume, and credits the place as the foundation of his social life and best friendships. “It was a very tight knit community,” he says, talking about the Johannesburg area and the Greek school they attended, before telling me all of the ways it’s influenced both himself and the band. “The music, the food, the people, they’re very interesting and different from anywhere you have ever experienced.” 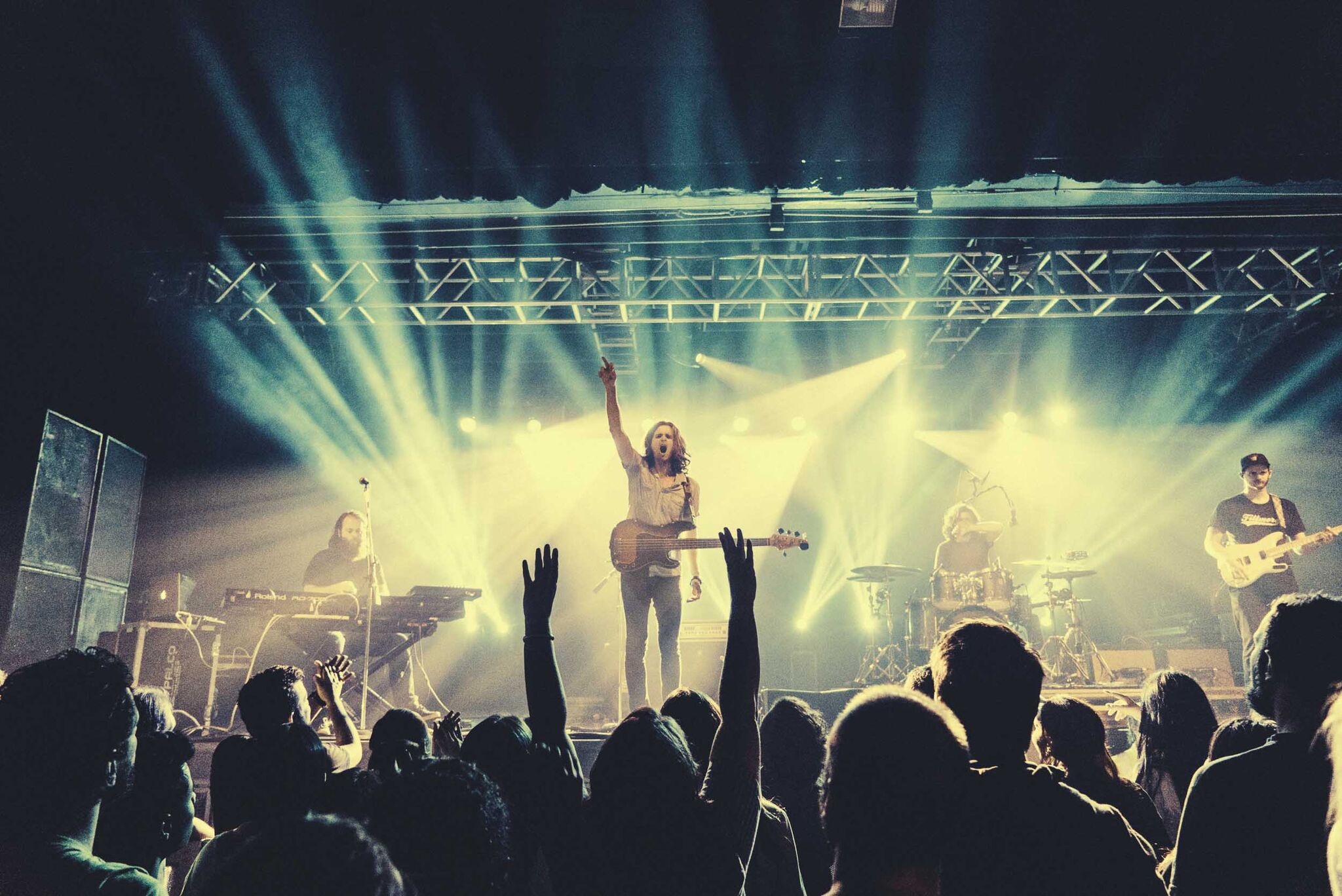 In 1996, when Dylan was around eight years old, the brothers and their parents took up residence right here in the states. Phoenix, Arizona is where they called home, and it’s where the band took its baby steps—and many leaps later on. “Phoenix is a pretty isolated city, even though it’s one of the biggest cities in the state,” he explains. The distance has allowed them “to just do our own thing without having to keep up with some trending new music.” The proof is in the tunes, each displaying ethnic rich beats and eccentric feels clearly unscathed by scene trends.

It was from the Grand Canyon state that things really took off for the boys. Before they knew it they were selling out shows and seeing the world, letting each stop leave a mark on their career. “There are so many places that had a big impression on me because I’ve never been there before,” he says. Then he takes a minute to think before deciding on the culture that stood out to him the most. “Mexico, Argentina, they’re just extremely warm, excited, and enthusiastic people.”

Of course, a map isn’t the only place you can find their influences. The four members of the band are brothers, after all, and that plays into their career as much as any city they’ve seen. Knowing each other for twenty to thirty years means the guys are on the same page with both music and their personalities. They also help make sure everyone’s head can fit in the door at the end of the day. No one can keep you grounded like someone who’s seen you as a baby-or worse, a middle schooler. “If one guy gets out of line or is an egomaniac or a prick, we’re just like, y’know, get your shit together and we tell them how much they actually suck, and it brings you back down,” he laughs. 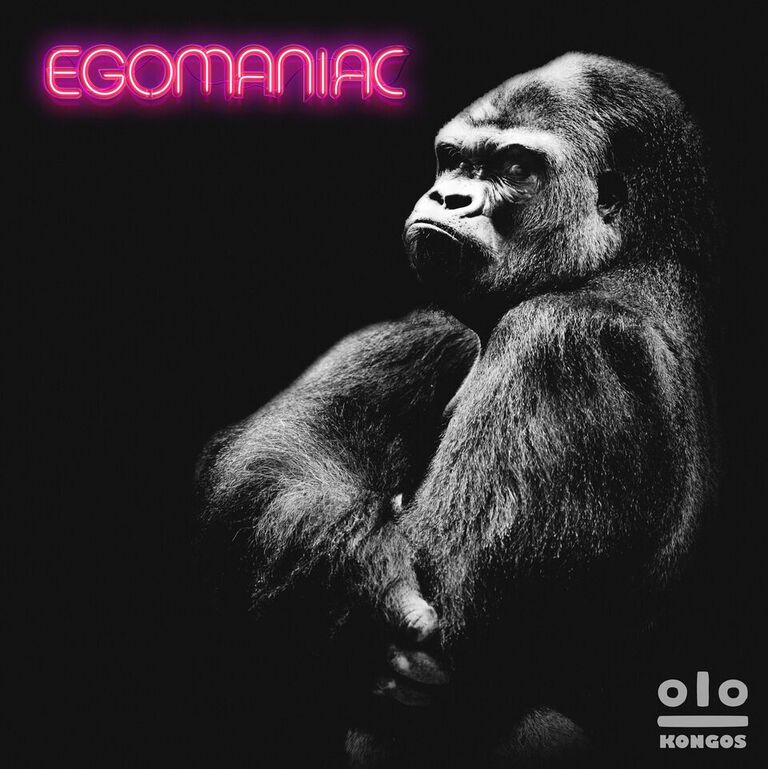 Speaking of “egomaniacs”, the band’s latest album is out today. One thing that struck me is the album’s cover, which features nothing but a gorilla. I ask Dylan about the story behind that, and he explains why the lone gorilla conveys the message they want to send. “We were looking for a way to present [Egomaniac] in kind of a tongue in cheek way. There’s kind of the obvious egomaniacs which are humans.” Donald Trump, Hillary Clinton, and Kanye West are among the narcissists he cites, but quickly mentions a breed of ego that goes unnoticed. “You kind of forget about the fact that the ego manifests in everything, even animals.” Once the photo of the proud gorilla, showing the camera why he’s the greatest in the land, was uncovered, the band had what they needed. It showed the beast that’s inside everyone.

As for the creation of the album, Dylan’s strongest memory mimics that of the band’s previous collections. “It’s a similar memory to the two other albums that we recorded, which is getting to the end of the recording process and going a little stir crazy.” After everything has wrapped up, and you’re into the tiny details of the production of an album, he says “you have no frame of reference anymore”. Like rereading a word until it no longer looks like a word, he says listening to the same songs until they can finally be handed over to a label causes you to “kind of lose perspective.”

“You kind of forget about the fact that the ego manifests in everything, even animals.”

With family ties and cities around the world playing into their influences, I wondered where Dylan’s personal voice shines the most on KONGOS sound. While he says all four brothers collaborate in the studio, and you’re sure to hear him shine on bass throughout the album, he also says it isn’t hard to find exactly where each brother’s influence lays. “We all sing our own songs [that we write], so it’s not really that difficult to distinguish, other than the fact that our voices sound similar.”

Nearing the end of my interview, I ask the London born, South African raised, Phoenix grown musician, what he would tell a younger version of himself, the one he was when KONGOS was just beginning? “I’d probably say practice your instrument a little bit more,” he starts. “Your time really does get eaten up. So you don’t have the time that you would like to write songs, practice, and get better.”

As with anything you’ve poured your soul into, Dylan is excited for Egomaniac to finally be out. “It’s a really big day for us,” he says. So how did they celebrate all of this? By hosting a listening party at the same Phoenix bar they’ve been playing for ten years, reminding you again how much each city has played into their careers.

Tune in to hear the band’s other listening party—their idobi Radio Release Day Listening Party at 7PM ET tonight! The guys will play their new album Egomaniac in full, and tell stories you can’t hear anywhere else.