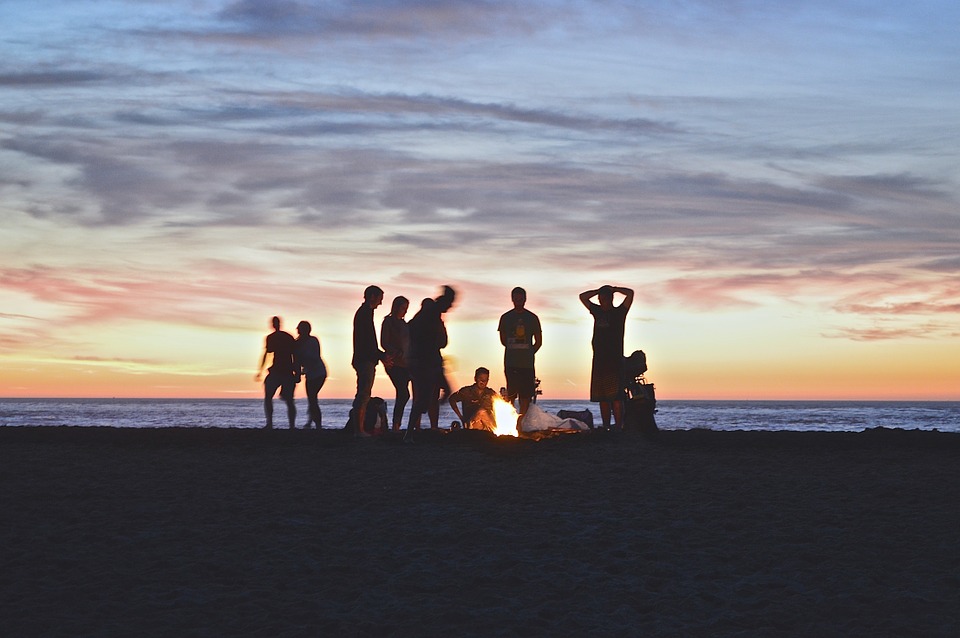 We’re goin’ to Miami…okay maybe we aren’t, but all this glorious summer sun has got us pretty stoked—and what do you do when you’re stoked? You have a beach party. We’re talkin’ bonfires, surfing, s’mores, and of course music, which can make or break a great night out on the coast. Our writers not only weighed in on which bands have the best beach bash tunes (aside from Will Smith of course), but would also be the life and soul of said (currently imaginary—we’re working on it) party. 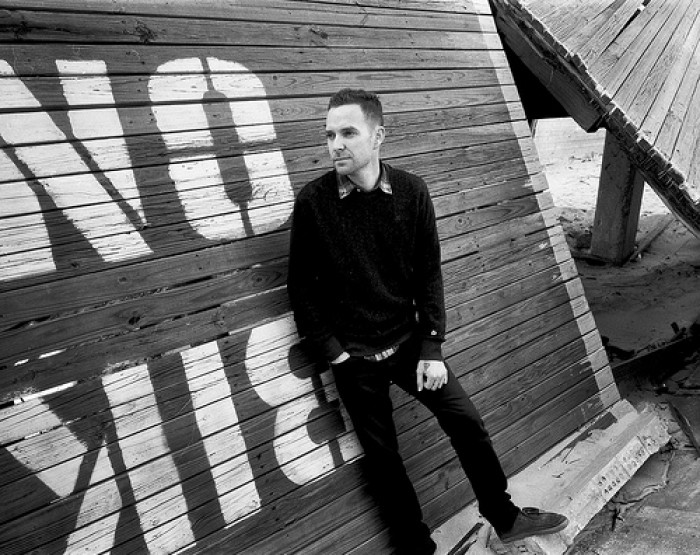 The sun has just gone down, the air is starting to cool, a bonfire lights the night and a cold beer is in my hand.  Everyone is talking and laughing and then I realize there is just one thing missing: music.

Okay, stay with me, couple of years ago Vinnie Caruana was playing a show at Jammin Java in Virginia. I can’t remember if it was a solo or an I Am The Avalanche show but I do remember that my friends, who are huge fans, got to the venue late or were pre-gaming too long and lost track of time (but I’m not calling anyone out), and they missed Vinnie’s entire set. They talked to him after the show, told him how disappointed they were, and how much his music meant to them. Well, Vinnie went back into the venue, got his guitar and played an entire acoustic set right there in the parking lot. Those of us who had hung out got a second more intimate show as a bonus. Everyone was smiling and singing along and it was magical!

So, back to the beach. Who better to serenade us under the calm ocean breezes than Vinnie, a guy who would play a parking lot to a dozen people with the same enthusiasm and emotion as if he was playing to a packed house.  We can all sing along to “Dead and Gone” and “I Took A Beating” as the waves roll in time to the music. Maybe we can get him to play “New Disaster”, “Murderous” and “Brooklyn Dodgers” and it will be magical once again! (Cindy Tenicela) 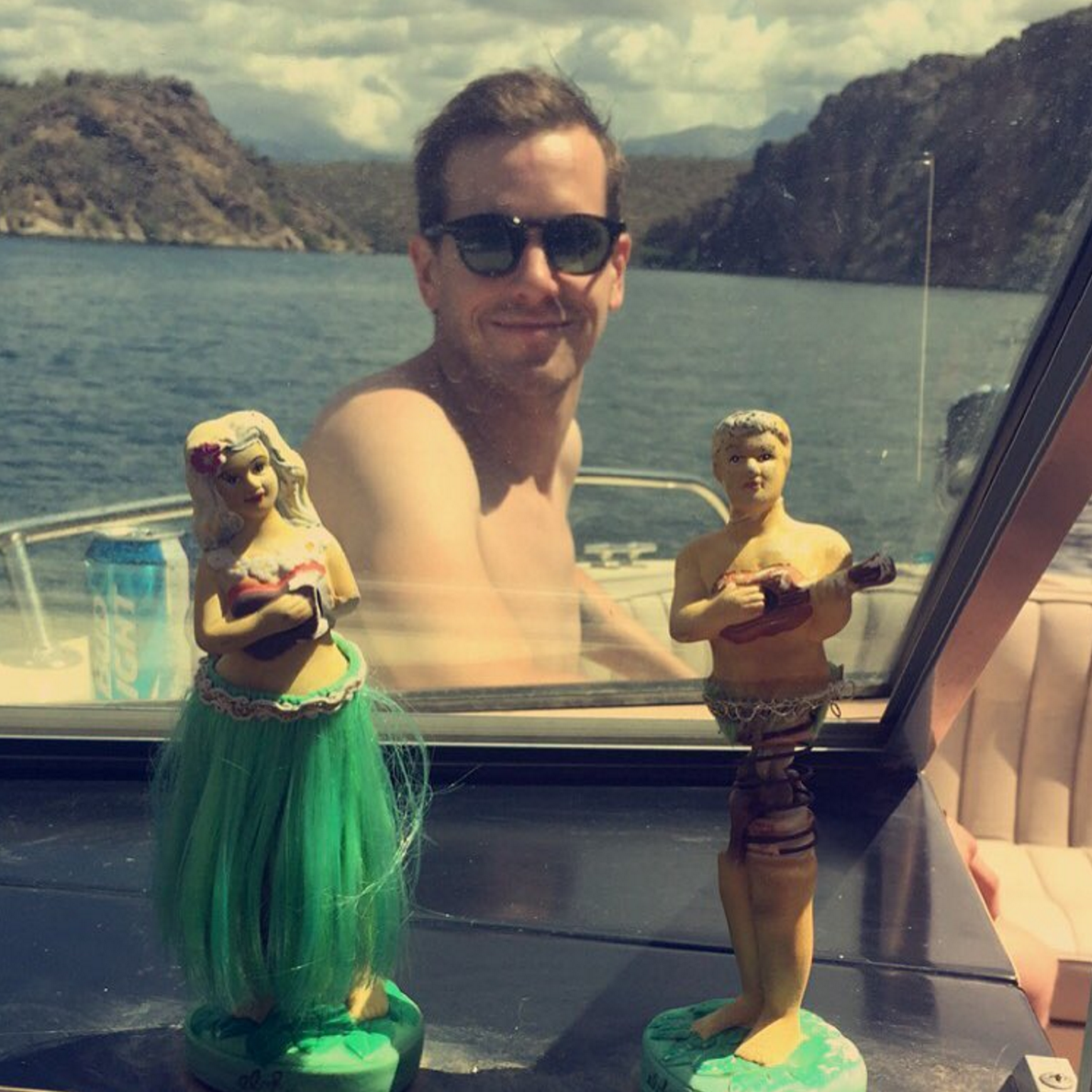 All I want in life is to be BFFs with The Maine. Throwing a beach party with them would be everything I could ask for (and just a little bit more). I already know how much they like a good beach day—one look at the band’s Instagram will show you what they do on their days off—and you can just tell that they’re the type of people who’d run screaming into the water, regardless of the temperature, which will make for some hilarious moments. I also feel like any one of them would know exactly how long to toast a marshmallow to get the right gooey consistency for a s’more (even though Pat might prefer cupcakes). And because they’re all so talented, I wouldn’t need to bring any music with me: we’d sing everything we could think of from “Miles Away” to Shania Twain’s greatest hits, and a drunken rendition of “Am I Pretty?” would end the night (I make no guarantees I won’t end up shouting “Yes, you ARE pretty!” at John O). Basically, I’m picturing the latter half of the “Right Girl” video…minus the guy with the tiger mask. (Sam Devotta) 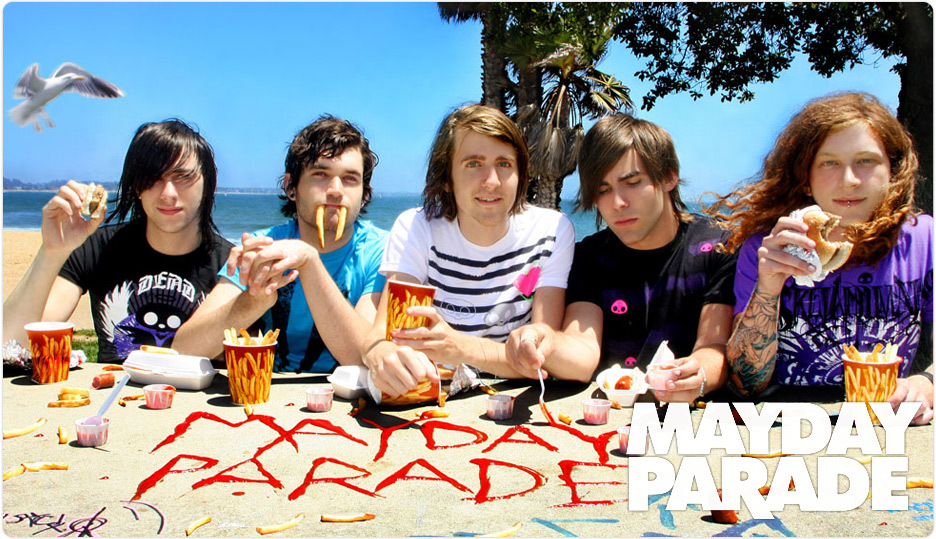 You say “summer” and I say “West Coast.” There’s no place else that comes to mind for me than the sunshine, sand, and salt of the Pacific Ocean. At the idobi Summer Beach Party Of My Dreams™, there’ll only be one band headlining: Mayday Parade. I want this unforgettable summer event to be a real-life rendition of my favorite Mayday song written to date, the one and only beach song that matters in my book, “Jamie All Over.” Can’t you just picture the rich cerulean waves crashing on a sandy beach, the smell of sea spray and sunscreen on your skin, all beneath the burn of a bright California sunset hanging in the bluest sky you’ve ever seen? Yeah, basically just translate the lyrics into reality and please don’t tell me that I’m dreaming.

This band can rock a beach concert, whether there’s a full-on stage and sound system, or just a couple acoustic guitars. While the sun’s still up, “Kids in Love” and “Oh Well, Oh Well” would make perfect additions to the set list, keeping things lively and fun. But when the sun goes down, bring on the feels. Mayday Parade are still my number one pick, even when the party winds down. They’ll play their classic brand of slow songs, each tinged with irresistible melodies and bittersweet lyrics while we sit on blankets under the stars.

Might I add that the brilliant and timeless A Lesson in Romantics turns 10 next year? Aside from opening with the previously described ultimate beach song, it’s got eleven other perfect sand-and-sun-worthy jams. I’m talking anniversary show, boys! The beach is a perfect setting for one special night with one special album (and it would probably top every other anniversary show, well, ever.) Alright, Mayday, what do we need to do to make this happen? (Hannah Pierangelo) 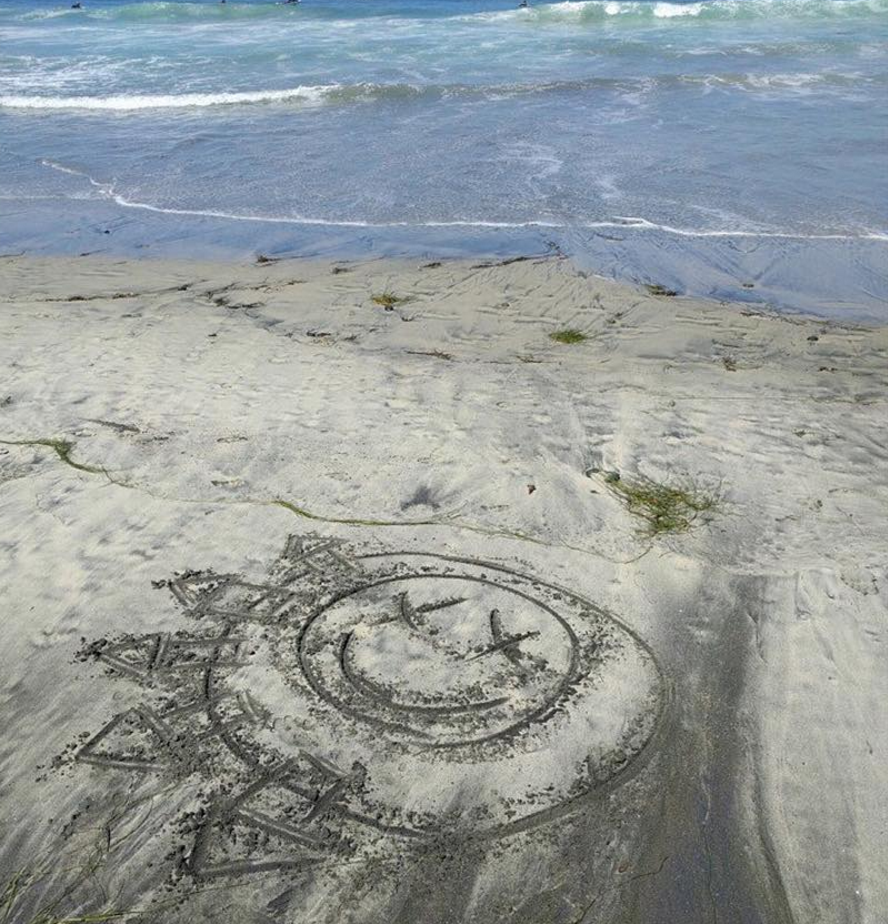 There’s definitely no band I’d rather rock with at a beach party than blink-182. Since the members of blink are from the great state of California, they’re most likely experts in throwing a perfect beach bash! You’d not only expect awesome tunes and fun times but also a plentiful amount of cold drinks. You could count on Mark Hoppus, Travis Barker, and Matt Skiba to play some old jams around the bonfire like “The Rock Show” and “Josie” but they’d also throw in some new songs like “She’s Out of Her Mind” and “Kings of the Weekend” which grasp the perfect summer feel in a melody. Maybe Tom Delonge would even make an appearance and lead a hunt for aliens or a stargazing session. And, knowing the mentality of the band, the night would probably end with a refreshing skinny dip in the ocean. Now, I’ll sit by my mailbox for the rest of the summer, patiently waiting for my invite. (Tess Reynolds) 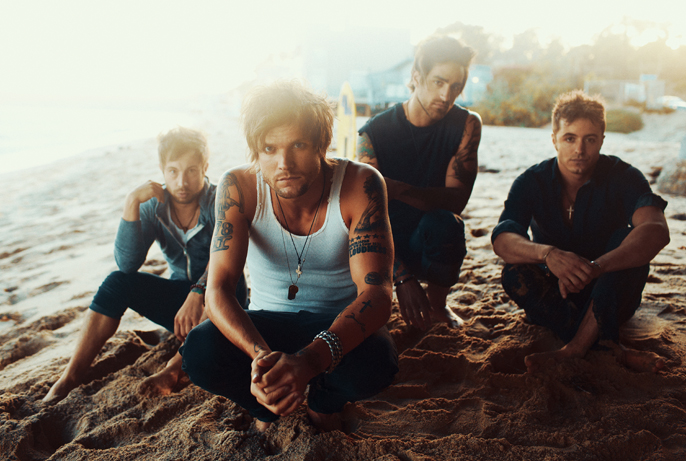 The beach already has that effect of making you feel invincible but throw in a sunset and Boys Like Girls jamming with acoustic guitars and you have the greatest escape. With the band’s 10 year anniversary of their self-titled (and best) record I imagine the bonfire would be full of nostalgia and tour stories, but not without making new memories. “Five Minutes to Midnight” would have to be played at the appropriate time, ending in a mad dash for the ocean despite the temperature. All the couples would request “Thunder” to make out to while everyone else screams along until the cops show up because that would be the only way to break up this best beach party ever. (Hannah Hines) 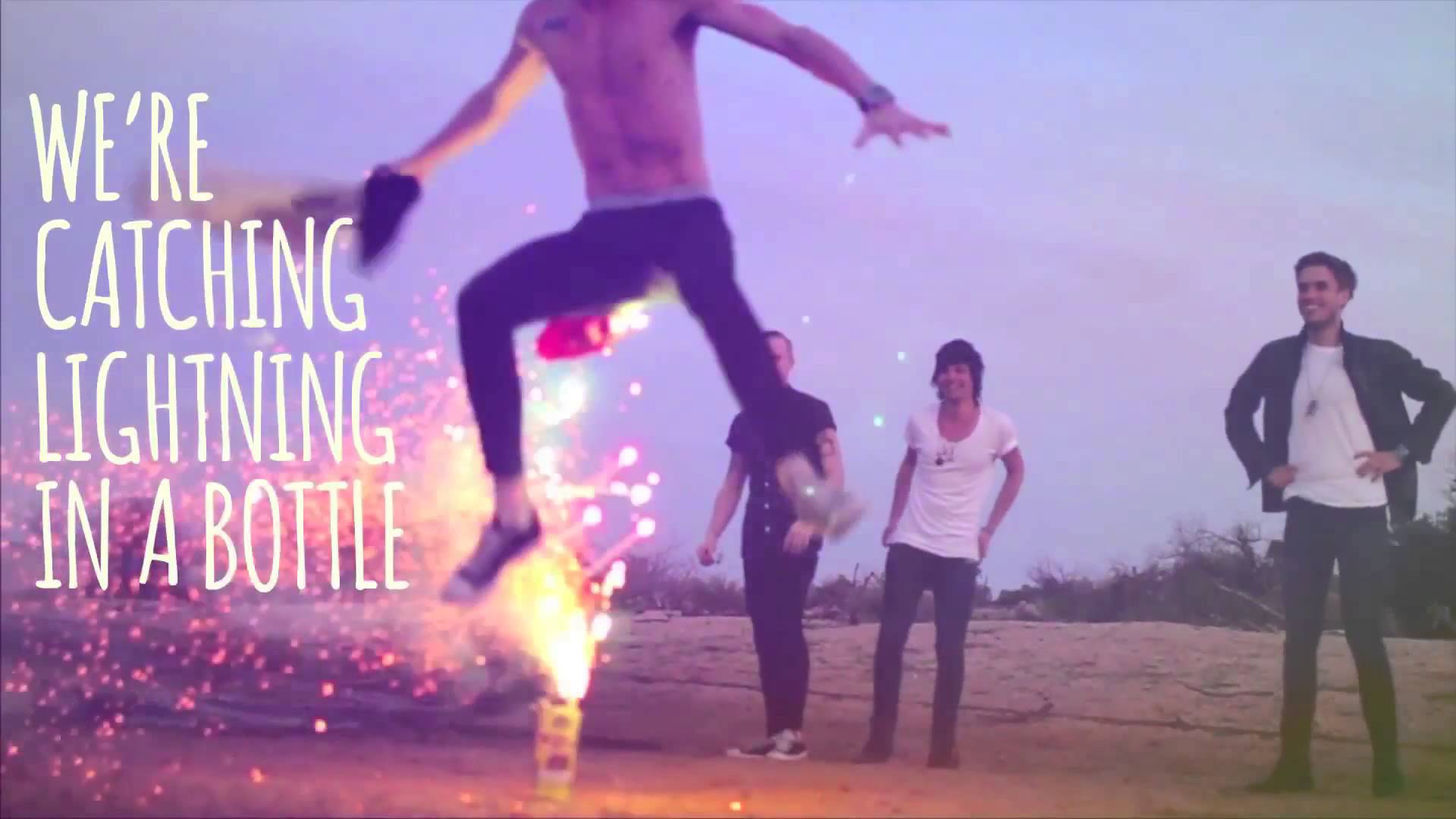 When I think high temps and good times, it’s a no brainer that The Summer Set will soundtrack the memories, and if they are there partying with me, it’d be even better. Whether a day full of beach balls and those rafts that look like donuts, or a sunset bonfire complemented by s’mores and hot dogs galore, the party wouldn’t start ’til they walked in. Polaroid snaps would document the night: where Stephen’s in love, John’s getting high, Jess is in the back starting a fight, and Brian and Josh are off somewhere writing about it. A makeshift dance floor of beach towels is a must, because who doesn’t wanna bust a move with Dales? And if we’re going for an all nighter, we’d definitely need an internet connection for some How I Met Your Mother marathoning (thankfully Netflix has all nine seasons). It’d be legen—wait for it—dary, and they’d definitely provide some Stories for [your] Monday. (Emillie Marvel) 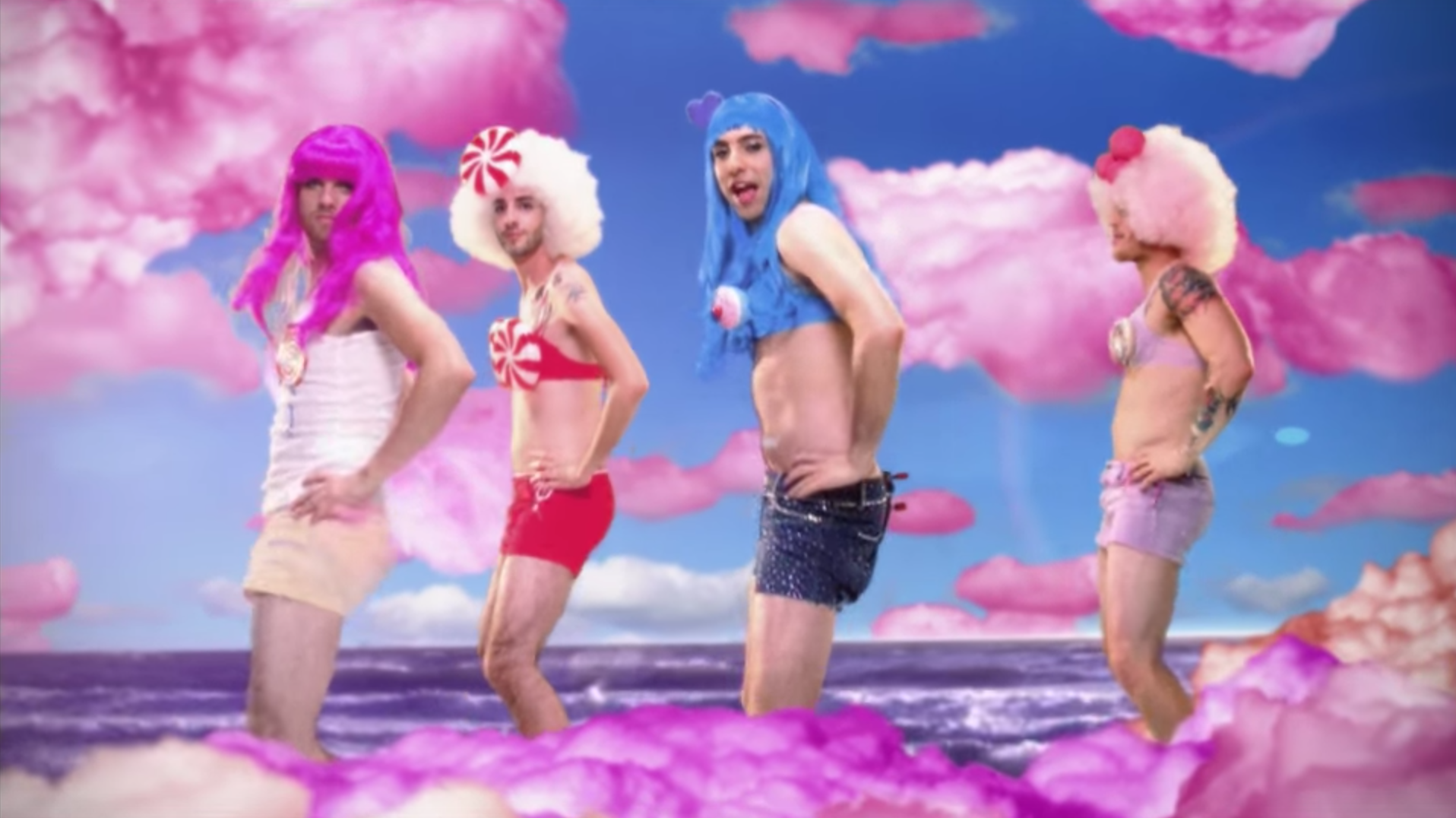 The first band I think of when I hear “Summer Beach Party” is definitely All Time Low. As we all know from Straight to DVD, they’re the most fun party people imaginable with their ridiculous antics, crazy amounts of energy, and tendency to plan fabulous pranks. You’d spend all day cracking up as Alex and Rian debate over whether Jack should do something stupid like run across the beach naked in floaties. And if you need a more chill moment, you could even hang out with Zack as he takes photos of all the chaos ensuing. As the night winds down, songs like “Vegas” and “Six Feet Under The Stars” are perfect to sing along to acoustically next to a bonfire after the sun is long gone. You’d roast marshmallows for s’mores with them as they nostalgically tell you all their exciting tour stories and fight the heaviness in your eyelids until the sun rises. With All Time Low to help out, you’d be sure to have a summer party you’d never forget. (Eli McDonald)