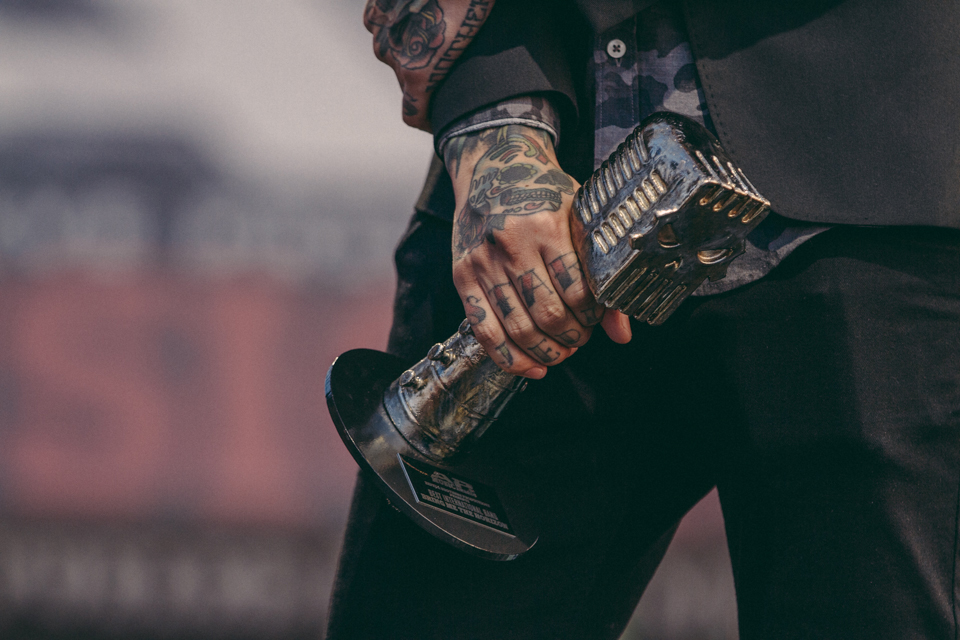 45 million of you tuned in to watch the Alternative Press Music Awards last year. As the first major awards show of its kind in the US, the unexpected was inevitable. Where else would you see everyone from We Are The Crowd to Mark Hoppus to Ice-T walking the red carpet? Or see Coolio and Tyler Carter join Falling In Reverse onstage to cover the classic “Gangsta’s Paradise”? And how could we forget Slash coming out to play a song with Joan Jett? We could go on and on, but you can see our recap here. Eddie Barella, idobi Network Program Director and host of the EJC Show, says: “The APMAs are a long overdue tribute to the hard working artists of alternative music. Alternative Press has poured their years of experience and expertise into one night of sheer rock ’n’ roll.”

On July 22nd acts like Panic! At The Disco, Weezer, Simple Plan, and All Time Low are going to walk the red carpet into the Quicken Loans Arena in Cleveland, OH, and take part in the music event of the year. Lit up by a million flashes of frenzy, there’ll be plenty of photobombs and cross-band friendships that’ll make their way from TV to Tumblr. And with excited fans cramming the sides of the red carpet to watch their heroes walk by, the atmosphere will be electric. The pure  success of the show is something to be proud of in itself–in a scene where the artists don’t get a lot of mainstream play–the APMAs celebrate the best of alternative, with a few crossover acts in between. 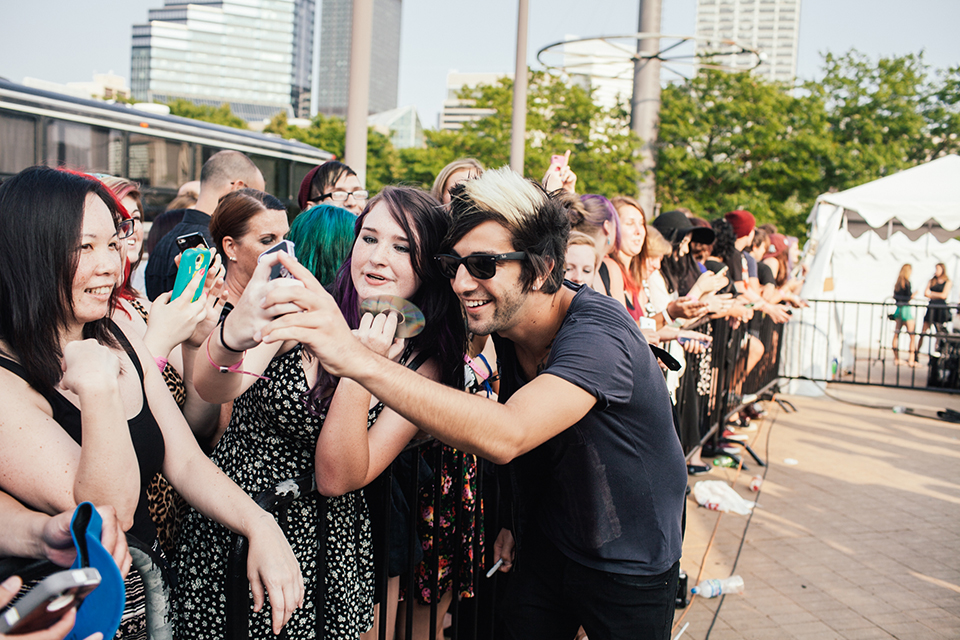 In our scene, musicians and fans alike are all about individuality, DIY ethics, and the Warped Tour. That’s what has defined us, set us apart, and we’ve always been pretty proud of that. We’ve created our own festivals, our own record labels, our own lifestyle. Even our own radio stations, like idobi which Eddie Barella points out, “…has been playing and supporting these artists for a decade and a half.” If we’re told we can’t do something, we do it anyway and we do it louder. Out of this, Mike Shea, Josh Bernstein, and Dawn Marshman of Alternative Press created the APMAs. It’s a huge step in our scene, to stand up and say, hey, we exist, and we’re pretty damn awesome.

The show recognizes bands that are typically excluded from mainstream awards shows, and shines the spotlight on those who wouldn’t necessarily get the exposure they deserve. What’s more, it introduces these artists to a whole new audience–Best International Band could take you away to foreign shores, or Breakthrough Band could introduce you to a new sound you haven’t experienced before.

Not only does Alternative Press support our scene through the APMAs, the awards provide an opportunity to show off just how much good music can do. In the age of the internet and all the anonymous negativity that often comes with it, it’s refreshing to take a night off from it all and celebrate the fact that even if your picks don’t win, they’re still being honored for the good they do in the community or otherwise. One of the highlights of the show is the Artist Philanthropic Award–not only are artists making the world better with their music, they’re using their voice and platform to raise awareness of good causes. 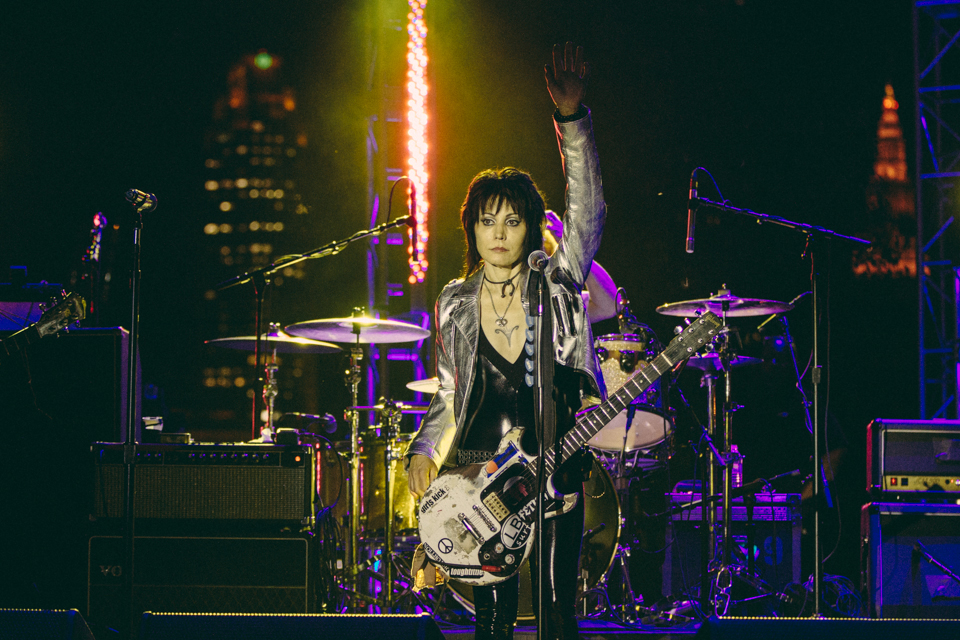 Of course the scene wouldn’t be anything without its fans, and the APMAs recognize that–in the form of the Most Dedicated Fans award, and Tumblr Fandom of the Year. But most importantly, the winners are chosen by the fans. We’re the reason that bands get to leave their garages and make a career out of doing what they love. Through the awards, we get to push those acts into the spotlight we believe they deserve. The APMAs have made an impact because they represent what the fans want–after all, most bands are simply music lovers who picked up instruments. If we, as fans, don’t support the music scene, then who will? We’re getting involved and supporting music in a very public way, which will only make the community stronger and keeps music thriving.

With each passing year, these awards will become coveted by artists, and the APMAs will take its rightful place as a trendsetting awards show. People will look to it for the best in music, giving a kind of legitimacy to what was once considered a niche market, while also helping to introduce these genres to the mainstream. So get involved. Take part in shaping the future of music, and enjoy the spectacle along the way.