Most Wanted For: Grunge nostalgia that smells like teen spirit in the best way 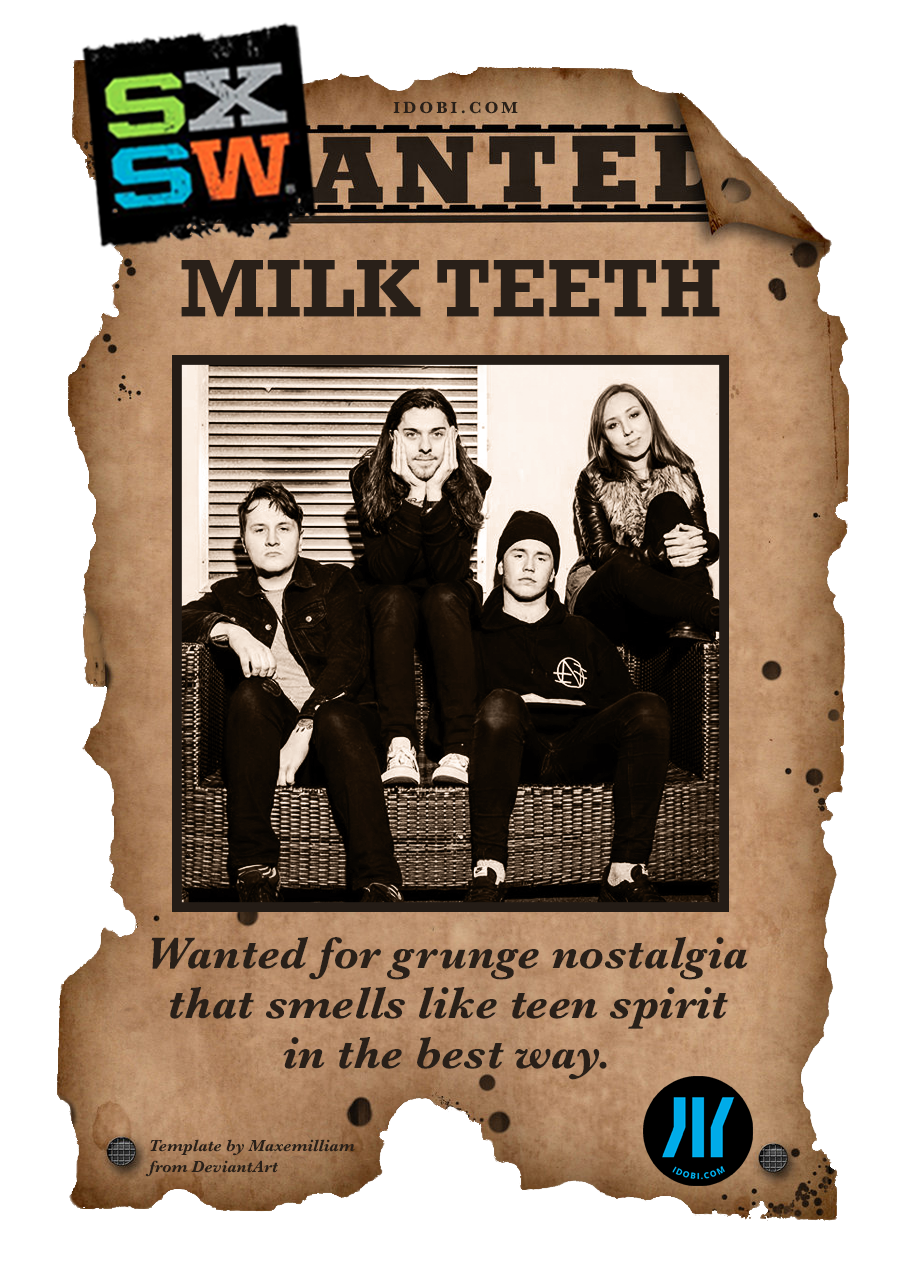 Whether we admit it or ignore it, there’s a lack of female-fronted bands in our scene that are getting the recognition they deserve. Enter Milk Teeth: fronted by the talented Becky Blomfield, who proves without a doubt that girls can rock as hard as dudes. They’re already making a name for themselves in their native England. Their debut full-length, Vile Child, which was recently released through Hopeless Records, sounds like a pop-influenced grunge-revival, as Blomfield’s laid-back vocals mix with the hardcore screeches of former member Josh Bannister. Milk Teeth are currently making their way across North America supporting Citizen and it’s only a matter of time before their brand of nineties’ nostalgia works its way into your next angsty playlist.