No matter where you look in the world, there’s always something that’s bound to turn your head. The  sheer amount of unbelievable acts that caught our attention this year had to have broken some kind of record, whether they were wonderful, heart-wrenching, or absolutely stupid. Check out our favorite WTF moments below, and see which ridiculous act won the crown of idobi WTF Moment of 2015.

1. Alternative Press Music Awards 2015, “What was Trace Cyrus thinking?” (Tom Cheney)
2. Arrest of Phil Rudd of AC/DC for attempting to procure a murder months before the band went on a highly-anticipated tour. (Eddie Barella)

3. Ariana Grande licking a tray of donuts, then claiming she did it to combat obesity. Really, Ariana? (Sherin Nicole)

11. All the digs delivered by All Time Low’s Alex Gaskarth and Jack Barakat while hosting the Alternative Press Music Awards. Were they trying to get on some hit lists?! (Emillie Marvel)

13. The return of Brokencyde, which no one on earth has ever wanted or needed (Eleanor Grace)

14. When #DeadRaccoonTO trended (my favorite part was Alex Gaskarth tweeting about it) (Sam Devotta)

15. That guy surfing on a dirt bike. He is my hero. Please teach me your ways. (Hannah Pierangelo)

The dress is black and grey. Now everyone shhhhh ? pic.twitter.com/nMXemHyRTJ

17. Dave Grohl solidifying his badass status by breaking his leg on stage and proceeding to finish not only that show, but the whole tour. (Olivia Carpenter)

“RIP to Pierce the Veil, they ain’t dead but they sure act like it” ?????? truuuuuuuu 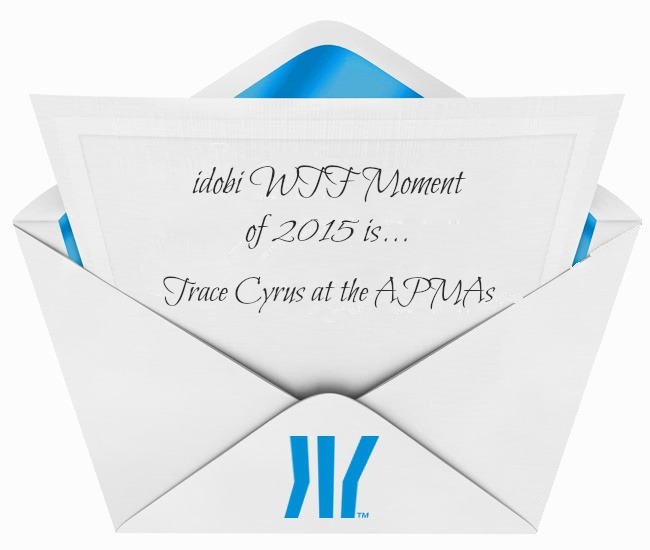 Trace Cyrus at the APMAs