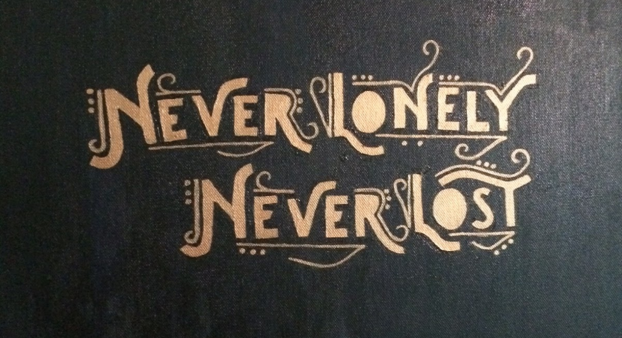 This month, idobi is celebrating our awesome fans–you guys! But our staff writers have been known to embrace their inner super-fangirl from time to time, too. Whether it’s defacing public places with lyrics or dropping everything to fly to another country to see a favorite band play, we’ve all been superfans in our own way. In the spirit of Fanuary, we’ve decided to share a few times we let our music fandom shine.

I became an instant #1 fan of Twenty One Pilots when I saw them perform live for the first time 3 years ago. The energy they brought to stage, the positive culture they created, the messages they spread, and the way they embraced self-expression even if it meant wearing a ski mask or painting your neck black were all contagious. I’ve seen them play in the snow in Philadelphia and the hot sun at Firefly Music Festival, but no matter where I am when I see them I feel the same thing: home.

The clique really encourages creativity, and although I am not an artist I was inspired by one lyric in particular, “stay alive”. To symbolize how those words felt permanently ingrained in my mind, I spray painted them to a wall on my college campus (sorry mom). I loved the concept so much I took it to canvas with the similar lyric “i’ll stay awake” and had Josh and Tyler sign it. I forgot the apostrophe in “i’ll” but don’t worry, they fixed it. |-/ (Hannah Hines)

I’m not a superfan. Really, I’m not. Nevermind the fact that my favorite playlist is like 1,000 songs long, or that I have so many band-related things on my walls that I don’t even have room for coat hooks. It’s fine. I am very passionate about music, and I like being surrounded by it. That’s why my bedroom is brimming with posters, framed vinyl, a growing stack of concert ticket stubs, full shelves of beloved CDs, and a small collection of guitar picks. But undoubtedly, my favorite items are the lyric art canvases I’ve made. I’m no artist, either, but I’m pretty proud of these. I look to The Dangerous Summer’s lyric “Tell them all that I’m a work in progress” when I feel like I’m stuck in the middle of something; it inspires me to keep going. I have Yellowcard’s “Never lonely, Never lost” hanging beside my bed for a little optimism. Some lyrics just follow me around, tumbling over and over in my head, begging to be remembered. Now, I get to look at them every day and be inspired.  (Hannah Pierangelo)

During Panic! at the Disco’s Pretty. Odd. era, one of their biggest influences was the Beatles. You could see prominent examples of influences through intricate layering of sounds and spot on harmonies throughout the entire album. They even worked in Abbey Road Studios for a period of time. When I was in London about a year and a half ago, there was no way I could pass up a chance to visit Abbey Road. I got there and discovered that there were messages covering the wall in front of the studio that people from all over the world had written. Seeing as this was a very special place to Panic! for a period of time, I knew immediately what my contribution to the wall would be. I took out a permanent marker and wrote the words “I know the world’s a broken bone, but melt your headaches, call it home.” (Eli McDonald)

In December 2012, I was a recent university graduate with no money, barely four months into a new job, and had accumulated less than a day of vacation, but I dropped everything to fly from Toronto to London to see You Me At Six play a sold-out Wembley Arena. As a die-hard Sixer, I had salivated over the idea of seeing them in such a huge venue, especially in support of my favorite YMAS album, Sinners Never Sleep, so when my sister surprised me with tickets, I was overwhelmed with joy. Our trip only lasted a few days, but that experience is one of the reasons why I love London so much. The show was incredible and I’ll never forget the swell of excitement that burst in my chest when the lights dimmed, or the way it felt to sing “Take Off Your Colours” (the song that made me a YMAS fan) alongside 12,500 other people, some of whom had also traveled from other countries. The official DVD is one of the few live albums I listen to regularly, and I always feel a sense of pride at having been present at the Final Night of Sin. (Sam Devotta)

I’ve been a Paramore fan for the past 10 years. I fell in love with their sound, lyrics and that for the most part — they seems like peers. Young people who loved music as much as I do, but who also had the talent to actually make music.  I’ve seen them live over 10 times and in various states. I’ve seen them play big venues, and small showcases. I’ve lost my voice at shows and jumped until my feel hurt, and I always felt like I was among friends. The most recent album provided me comfort for the angst that came with realizing I’m an adult now. That I need to take care of myself, stand tall and be comfortable with who I am. That my own perseverance is what will help me overcome my setbacks. I ended up having the phrase “it’s just a spark” tattooed on my arm. The song “Last Hope” is a source of release when I need it, and it’s always there. It’s an anthem I felt was written for me to hear. That’s when music is special. When it can give you something you didn’t realize you needed. Any band that can give me that is worth being a fan of for 10 years and counting. (Sara Scoggins)

Keep up with the fun of Fanuary all month long–we have guest posts from your favorite artists, radio takeovers, and an unlimited request line (yep, that means whatever you want to hear!). It’s our way of saying thanks. So cheers to you, idobi Radio fans. P.S. We love you.

Tags: fangirl, Fanuary, Panic! At The Disco, Paramore, superfan, The Dangerous Summer, twenty | one | pilots, You Me At Six