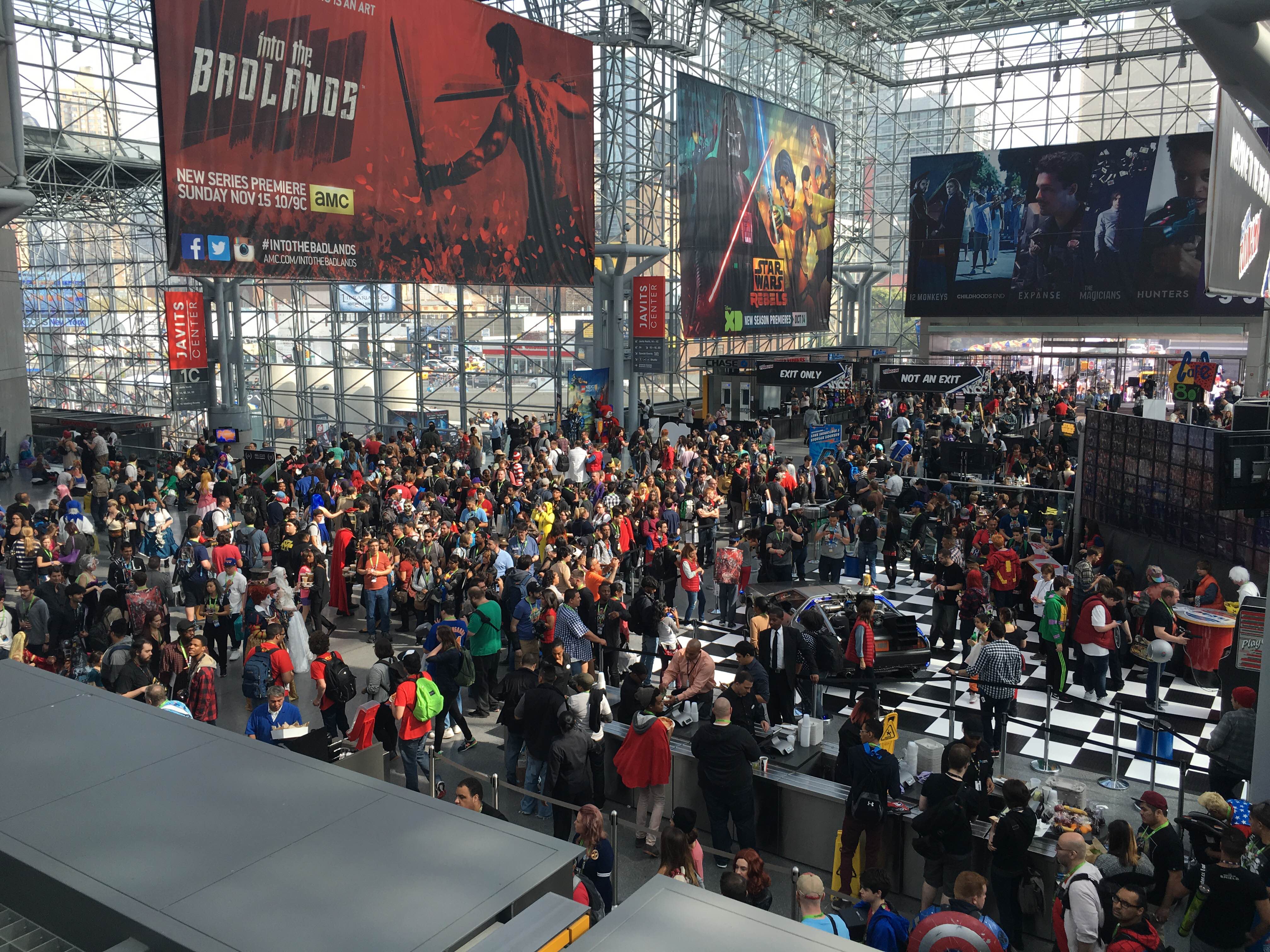 I’ve been going to conventions of all kinds for over 10 years. Here are some tips and tricks I’ve picked up along the way to help you have the best time possible!

Not everything is listed on the official site or app. You will run into surprise guests, panels, and events all weekend if you keep your eyes open. Check message boards, Twitter, and all corners of the event to find out about unlisted guests and appearances. This year for example, Norman Reedus wasn’t listed as a guest, but he did an interview on the show floor on Saturday. Mark Ruffalo and Jared Leto were also lurking around the convention in masks taking pictures with people.

Unlike pretty much every other convention I have ever been to, you’re actually allowed to sit on the floor. No one is going to yell at you. So when you’re feeling tired and need a rest, just take a seat for a few minutes and recharge. Grab a snack and stay hydrated as well.

If you’re on time for a panel, you’re too late; seating has been capped and there is no chance of getting in. If you want to see something, look at what room it’s going to be in. If it’s on a main stage, chances are it’s going to be pretty popular. Go online and learn the rules for that specific room or panel. Are they clearing the room? Are they giving out wristbands or passes early in the morning?

You’re not going to be able to see and do everything; it’s physically impossible. So make a list of all the things you want to do or see, and try to get to as much as possible. When a panel you wanted to go to is full or you missed a signing, don’t get upset. Find the next thing on your list and go do that instead.

So you see a booth selling a pop figure and you just HAVE to have it. You buy it and find out 10 minutes later another booth had it for $10 less. Do a lap of the booths selling similar items before you lay out the cash, unless it’s ultra rare and the last one they have. Sometimes the best deals can be found on Sunday right before the show floor closes. Also, you can usually haggle retailers down a bit from their asking price on an item if you ask nicely.

Chances are every restaurant within a five block radius of the convention center is going to be packed. Look up nearby neighborhoods and take a longer walk to get faster service and less of a crowd.

If you see someone you want to take a picture of or with, just ask. If you see a celebrity and you want them to sign something, just ask. It’s a big convention and your chances of running into that person again are pretty slim. Be nice and chances are, they will be happy to take a photo and sign something for you. Just don’t hog their time or interrupt them if they’re busy. Be patient and courteous of your fellow fans.

Bring a backpack to carry around your purchases. If you plan on picking up posters, you’re going to want a poster tube of some kind as well. Wear comfortable shoes–you’ll be walking and standing most of the weekend. Bring a sharpie if you want to get anything signed in case you run into someone and they don’t have one on them at the time. Charge your phone and bring a portable charger. Have a meeting time and place for your buddies or family if you get separated or you want to do different things for a while.

Don’t get stuck in the rain without an umbrella or take an unnecessary jacket which you end up having to carry around all day. Check the weather that morning and dress accordingly. It may seem simple, but it’s something I often forgot to do and then ended up spending money on umbrellas and hoodies.

A lot of vendors will take cards, but the internet isn’t always reliable in a convention center. Their machines may be offline and you’ll have to go on a hunt for an ATM machine only to find the lines are as long as waiting for a panel. Some of the more indie vendors won’t even take cards, and if you want a street hot dog, you’ll need cash for that too. If you have cash with you, you won’t have to go out of your way to get it when you weren’t expecting to need it.

If you want to dress up as a character you think nobody knows, do it. If you want to geek out over something you’re “too old” to enjoy, go for it. I promise you, a convention is a place where everyone can go to feel accepted and feel confident that everyone around them is there for the same reasons. No one is going to judge you–so just have fun! 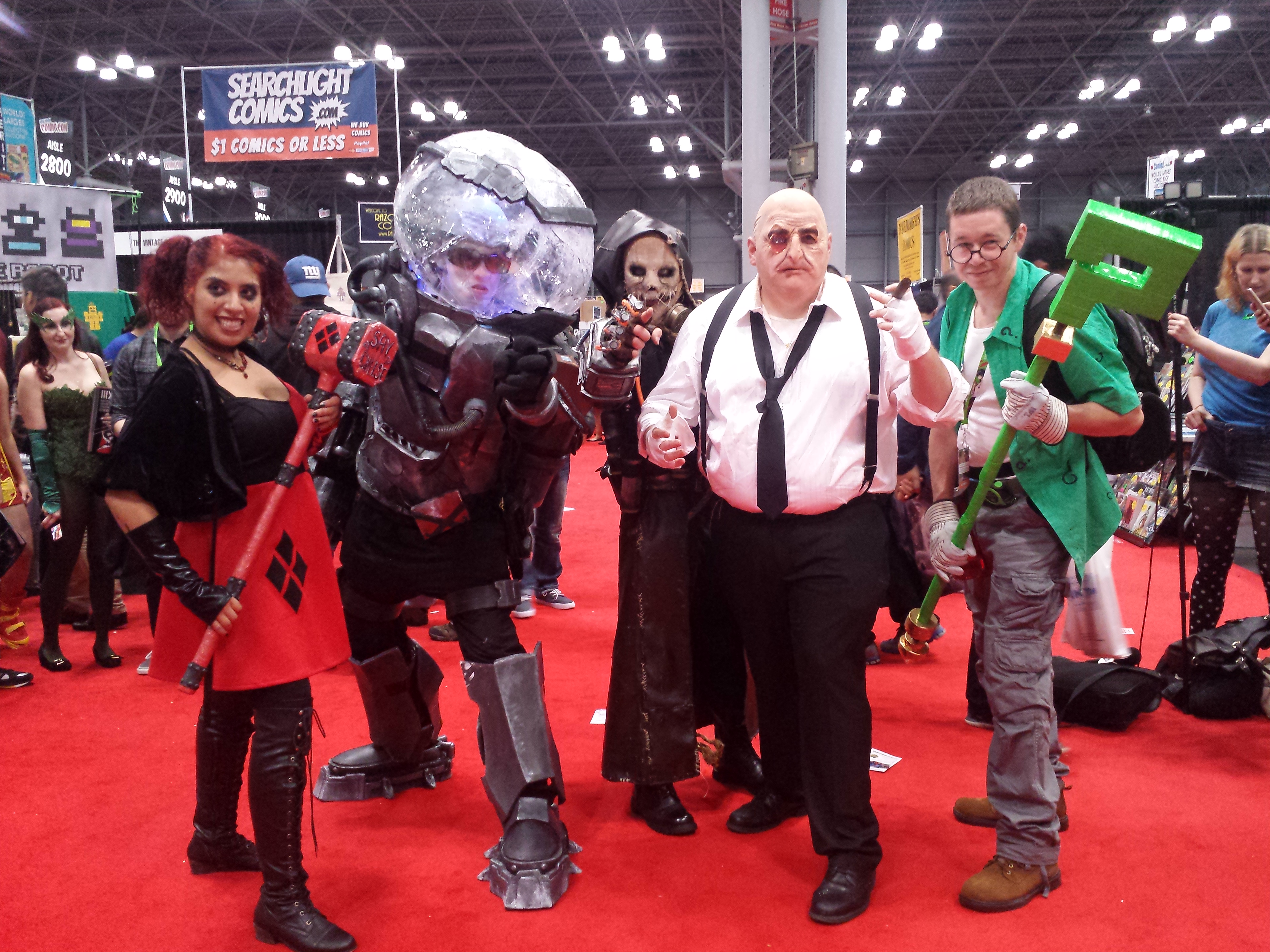 Comment below with anything you’ve learned from your own experiences if you don’t see them here!