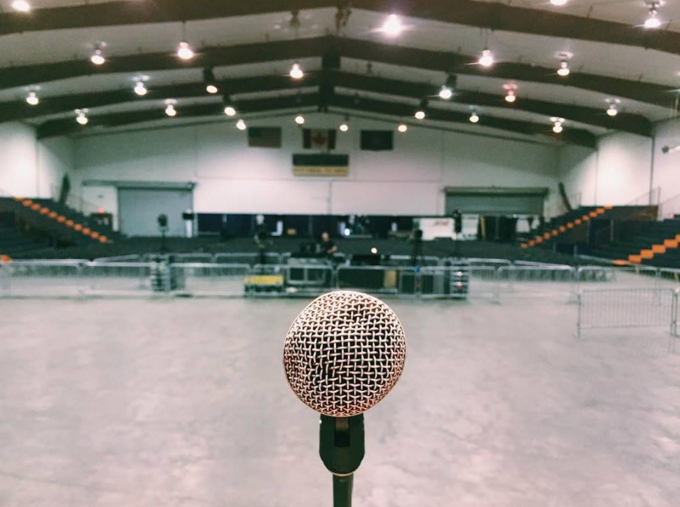 It was December 7th of 2010 when I got the email from my manager saying Tooth & Nail Records was not picking up The Classic Crime’s final contract option. It was simply too expensive for them, and due to the fact that album sales were tanking worldwide, they couldn’t afford the risk. After 5 years on the label, we were independent again, and I’ll admit, it did not feel good.

We’d spent every record advance, publishing and royalty check on getting our tour machine going, and for 5 years, regardless of selling over 100,000 records and having tens of thousands of folks connected to us through social media, we hadn’t figured out how to net a sustainable living. We’d worked odd jobs between tours and reinvested whatever we’d made while touring back into the machine, so when I read the email informing me of our release from contractual obligations, it started to sink in. The business we’d invested our lives into was not going to mature into a profit-making one. This was not going to be a good Christmas.

Being signed to a legitimate label was great for my band. It gave me a platform, and it developed me as a musician, but as the whole pie shrunk there wasn’t enough to go around. Independence was the only way to continue to make music and put food on the table.

Three months later I found out that my wife and I were expecting the birth of first daughter. We both agreed that we wanted her to stay home, so she made plans to leave her job in advertising at The Seattle Times. I had never made enough in music to support the two of us, let alone a child, so I started to scramble. I picked up a job at a catering company as a server and a bartender, and enrolled in a 90-hour online class to get my real estate license.

I started interviewing at different brokerages, suit and tie, smiling and making eye contact. I was still hanging on to my long hair, but I was committed. I was gonna go straight, get a real job. I had to, my family needed me.

Then my wife Kristie, in some first- 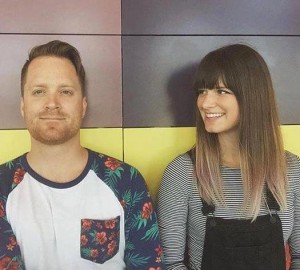 pregnancy-bucket-list frenzy, decided we needed to record some songs together. After all, life was gonna change when we had a kid, and after the baby we “wouldn’t have time to make music.” Begrudgingly, I recorded 4 songs for an EP called She’ll Be Right under the band name Vocal Few, and we released it for free, with a “Pay What You Can” option, for those who wanted to support the added expenses of having a kid (diapers, etc.). We advertised on The Classic Crime’s social media pages, and launched our own Facebook for the project. Much to our shock, most of the people paid for the record. In fact, most of the paid more than what it would have cost at retail. We were floored. The bottom line is we were able to pay hospital bills, and yes, we bought a lot of diapers.

A seed was planted, and so between real estate course slides and broker interviews, I started to dream about what it would be like for The Classic Crime to crowd fund a record. I saw Five Iron Frenzy raise an incredible amount, and with my new-found Vocal Few-sourced courage, TCC launched its first Kickstarter. Within 24 hours we were fully funded, with no label, nobody knocking at the door, and zero business entities invested. We ended up raising 286% of our goal, and our album Phoenix became my full time job in 2012. I could write a novel about the experience; the fear, the encouragement, the backlash, the obsession that album became for me, but this article is about making a music living in the new era. 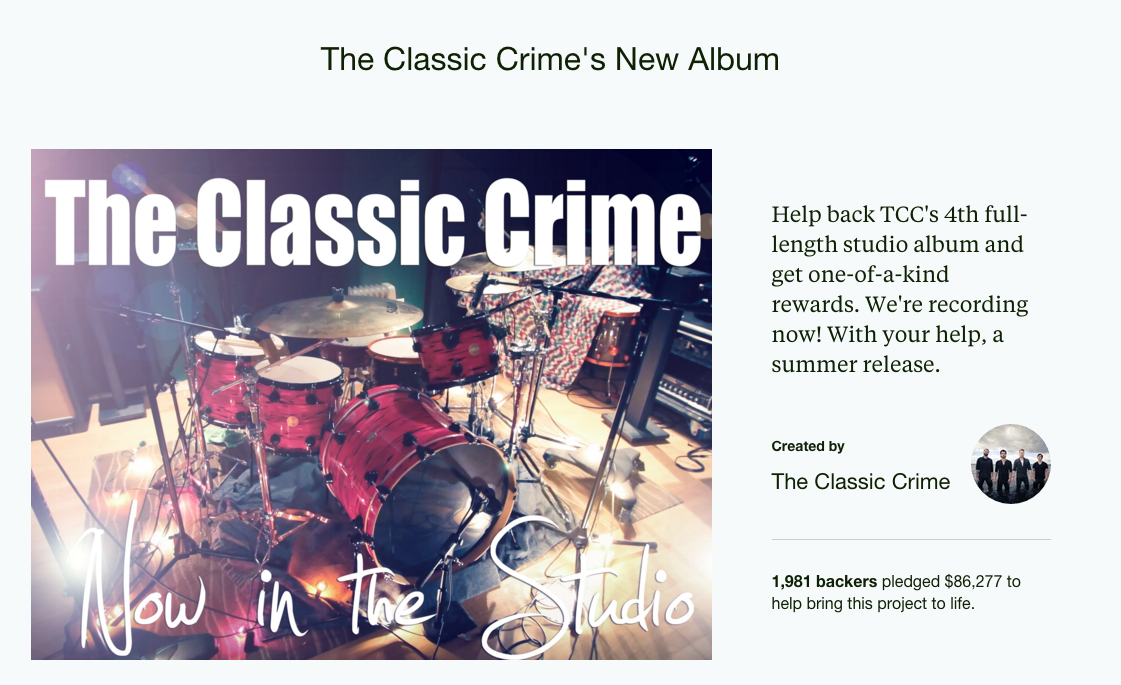 Beyond Phoenix consuming my life, the Vocal Few EP landed me a few gigs writing custom cues to commercials, so I started working on independent licensing of the small handful of songs we currently owned the masters to. Phoenix built the framework for everything I know about independently promoting, marketing, releasing, and distributing our records. It also put me on rails to continue to grow my small independent library of songs, basing it on the principle that if you have one record, you have a small revenue stream, but if you have multiple records, you have multiple small revenue streams, which can add up to paying the rent. This concept has made me more prolific than ever before, and ever since 2011 I’ve forced myself to put out new music every year.

Being signed to a legitimate label was great for my band. It gave me a platform, and it developed me as a musician, but as the whole pie shrunk there wasn’t enough to go around. Independence was the only way to continue to make music and put food on the table. Online tools helped us connect our supply (music) with demand (fans) directly, without traditional aggregators holding dominion over the connection for a fee. Don’t get me wrong, it’s a TON more work, but we also have no one to blame but ourselves. We’ve learned to self-start, self-administer, and self-complete beyond what we were ever capable of on a label.

It’s the antithesis of that propped-up, badass, rock-club posturing. No microphones, no stage, no smoke and mirrors, just a couple of people playing and singing real music at eye level with real people.

Since 2012, we’ve taken the independent mentality beyond releasing records to the touring aspect of music-making. At any opportunity, we will bypass a promoter and a booking agent, rent the club ourselves, run the tickets, VIP, even down to booking the locals. We aren’t contractually obligated to tour anymore, so we are able to customize a sustainable touring schedule, one that is built around vacation time and PTO of band members’ jobs. The craziest thing is TCC is able to generate more income for members in one tour in 2015 than all of 2005-2010 combined. It’s not a great time to be a middle-man, but it’s a wonderful time to be a hardworking DIY band. 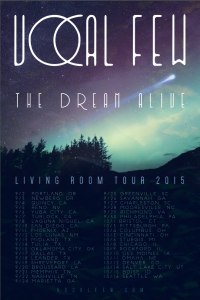 As I type this, I’m on a 6-week nationwide Vocal Few living room tour with my family. I’m in the passenger seat of our van with my wife and kids somewhere in Connecticut. If you were to ask me on December 7th, 2010 if this reality was possible, I probably would have laughed and opted for the real estate license. Me? Playing in peoples living rooms? For a living? It seems desperate, or obsessive, like–just shut up and let the dream die, man.

But I love it. It’s the antithesis of that propped-up, badass, rock-club posturing. No microphones, no stage, no smoke and mirrors, just a couple of people playing and singing real music at eye level with real people. There is a visceral exchange, one where the power is truly in the hands of the audience. Without them purchasing tickets, we can’t come play for them, and they seem to know that with a sense of gracious responsibility. It’s humble, but it’s real, and the best thing is, it’s completely independent of S Corps, contract obligations, recording budgets, recoupable expenses, and bidding wars.

It’s just us and them. That’s the purity of the independent exchange. It’s the thing I always needed but only wanted until recently. I don’t know what the future holds, but as long as we have a tribe of folks around us, I know we’ll keep making and playing music in some capacity, for as long as it makes sense.

P.S. – I never got my real estate license. I went through 80 hours of the 90 hour course when my plate filled up with paying music projects. I was forced to reject the notion that “going straight” was the only option, and I’m glad I did.

Matt MacDonald is the frontman and principal songwriter for Vocal Few and The Classic Crime by night, he curates, markets, consults, and distributes independent music on BC Music by day, and is a known contrarian on Facebook. He lives with his family in Everett, WA.