Thrice doesn’t have a leg to stand on, not one that would please everyone anyway. For an act with a rabidly dedicated and meticulous fan base, the veterans of post hardcore/emo/Americana rock/dad rock/whatever genre label makes you the most comfortable, Thrice has managed to escape the clutches of genre-obsessed critics and naysayers alike. What they’ve done in 2016 has set the bar high, crushing uncertainty by pulling back in aggression. When vocalist Dustin Kensrue and Thrice announced a hiatus in 2012, fans were upset. It wasn’t signaling the end of Thrice, but it definitely raised some red flags. Having spoken with The Used vocalist Bert McCracken just days after Thrice played their last show in Portland, Oregon, the front man lamented with such humility and sadness at the mention of Kensrue calling it quits, saying: “It’s a damn shame”.

Stepping backstage on an unusually warm fall evening in Portland to meet with Kensrue is intimidating. Not only does his tall, bearded, physical stature command respect, but when one looks back on the body of work the 35 year old has amassed since Thrice’s birth in 1999, it’s no wonder the man can adopt such a stoic, laid back demeanor. This seems to translate to the making of their first new record in four years; rather than try and build a bridge from 2011’s Major/Minor, Thrice just let the music come to them. “What’s going to come out is the weird combination of the four of us trying to agree on something,” Kensrue opines as he sips a drink and leans back in his folding chair. That push/pull mentality is a blaringly evident vibe on To Be Everywhere is to Be Nowhere, the band’s return to angst-riddled heaviness. The record is layered, strained, and yet somehow it breathes calmly: “I think it’s a bit more balanced. It’s a whole new thing from what we’ve done in the past and we’re seeing it through a new lens.”

The record is layered, strained, and yet somehow it breathes calmly: “I think it’s a bit more balanced. It’s a whole new thing from what we’ve done in the past and we’re seeing it through a new lens.”

That new lens may have been born out of the fact that Thrice saw the writing/recording/touring/repeat process to be exhaustingly infinite. It was after a conversation with the members of Brand New that Kensrue began to mentally form a new landscape of how Thrice could operate and thrive by limiting touring jaunts. The Long Island five has certainly found favor with the approach; and with Thrice always feeling like distant the half-brother to Brand New, Kensrue found the new plan appealing.

“It’s nothing to copy. It shouldn’t have worked and it doesn’t, more power to [Brand New], we love them. They’re amazing humans and amazing men. They’re definitely the band we feel the most akin to that came out of a similar place where I feel like there’s a bigger sound and diversity to what they’re getting at. They’re uncontained in that way.” 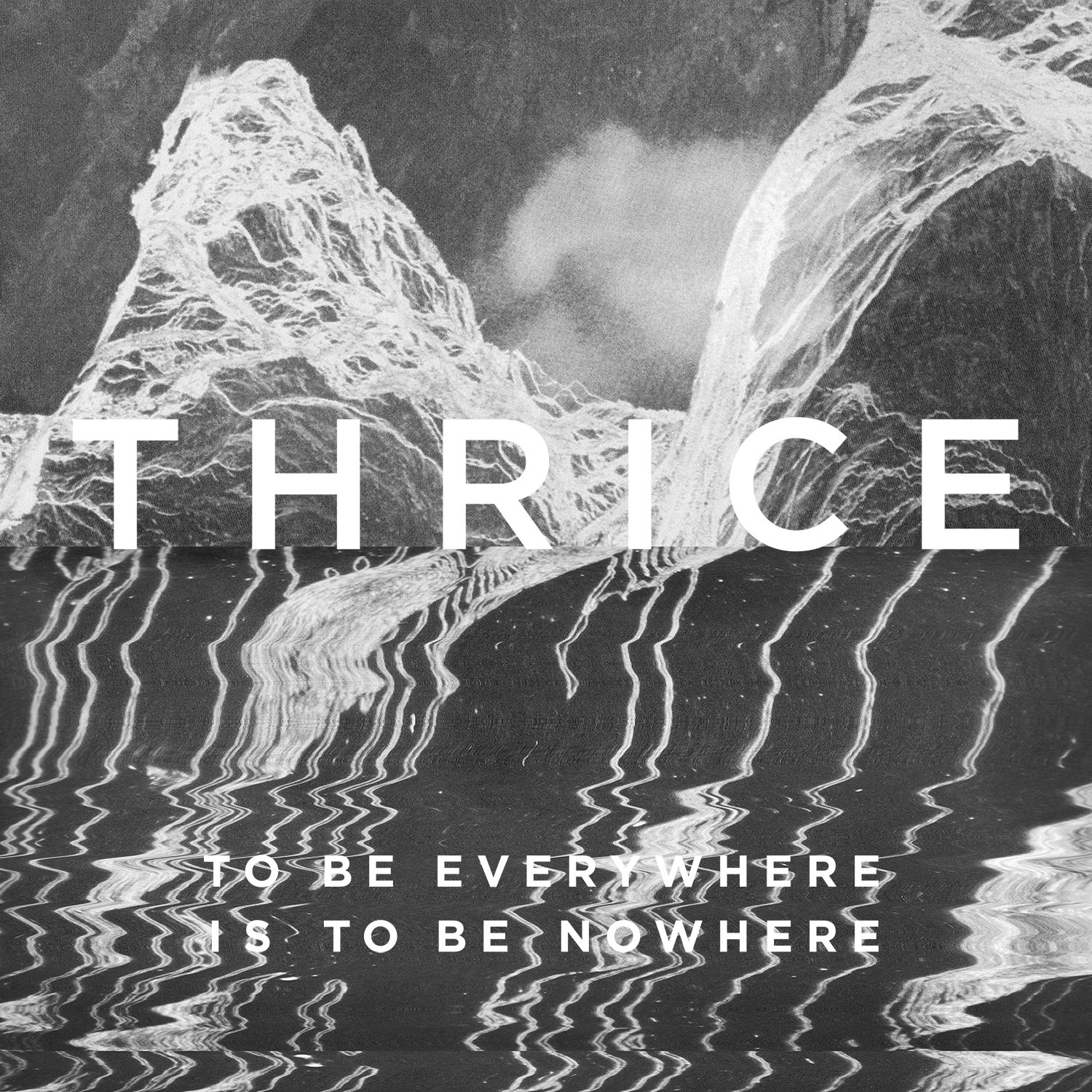 Though finding a familial kinship with the boys of Brand New, Thrice has always felt like nomads: wandering from scene to scene, experimenting in genre-bending stylings, acting seemingly without any concern for expectations. Even the leech-like emo scene couldn’t contain Thrice—at a time where they would be considered among the leaders of a movement that claimed many victims. The genre could alienate potential fans and pigeonhole an act as they strived to move on and outgrow the particular topics expected to be explored in emo. Somehow, Thrice was the exception to the rule: “I don’t think we’re immune to it but I think there is some kind of resistance to it. It seemed like a really false collection of things. I think every scene starts to become a caricature of itself and if you remain in the scene it kind of latches onto you.”

“I think you always see a core group of people who really trust us and will be excited for a new record. When you’ve been a band as long as we have, it’s hard to have an understanding of the variety of perspectives that people all have on you.”

Hopeful in their rejuvenation and relaxed in their approach, Thrice’s collective demeanor has always felt like the calm before the storm. As they take the stage at The Crystal Ballroom on this sweaty fall evening, the energy is palpable, reaching a fever pitch with the first guitar strum. This is a homecoming, an act two to a near flawless opening statement. Though much has been written about the band’s break, their return and their revolving door of sound—some say the new record is too political, some say it’s dad rock, some just wish that Kensrue and crew would return to the sound of the early 2000s—you certainly can’t keep everyone happy and Thrice’s take on that very goal couldn’t be more realistic. “I think you always see a core group of people who really trust us and will be excited for a new record. When you’ve been a band as long as we have, it’s hard to have an understanding of the variety of perspectives that people all have on you.” When Thrice tears into their set, none of this seems to matter. All that exists in that moment is the music, beloved and expansive its purest form. 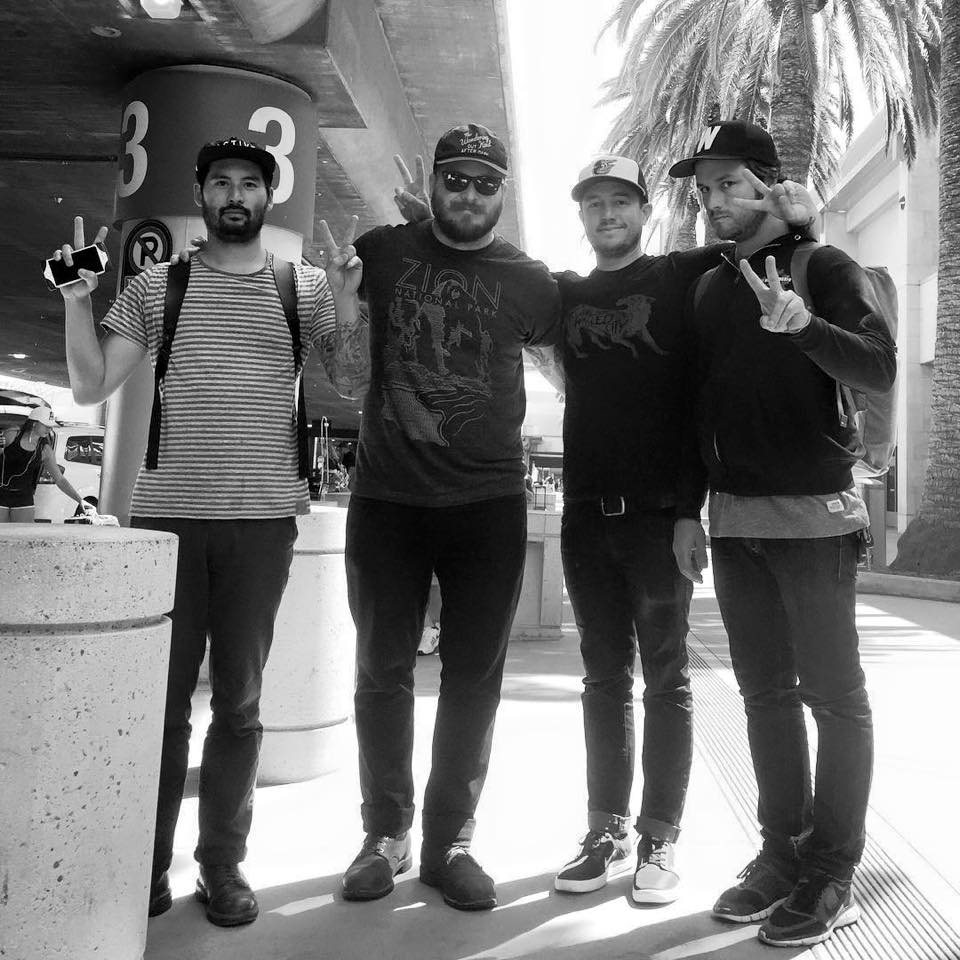 Thankfully that trust Kensrue mentioned has sustained fans during the darkness of the past several years. Their reward is To Be Everywhere is to Be Nowhere, a sweeping declaration of longevity and progression. Fans would be hard pressed to categorize the new release, however, as they have never seen Thrice as a band that embraces consistency. Kensrue says, “There’s an interesting interplay in all of that. The longer you’re a band, the less uniform your perspective is on who you are.”

“There’s an interesting interplay in all of that. The longer you’re a band, the less uniform your perspective is on who you are.”

What stands out about Thrice as a unit, and the way their front man theorizes about the band’s supporters and creative output, is that the union between fan and performer is equally as valued. The equation would not exist without its counterpart. Their journey as Thrice would appear vastly different had the audience not stuck it out through what many considered to be blasphemous—but dynamic and drastic—style changes. The reaction to the shifts are, of course, largely exaggerated and mislead. But this type of passion beautifully proves the stronghold Thrice fans have on the act. As much as the future of Thrice is out of their hands, listeners will continue to return. No matter how many hiatuses, style shifts, or experiments, we can’t resist the connection. We’ve created a dance together, one that would not exist without the other taking the lead. They’ve always created exactly what they wanted to, whether we praised it or not. Either way, Thrice will continue to be known as one of the most respected and talented acts we have today, bucking the traditional models and consistently doing exactly what they believe in.

Tags: Thrice, To Be Everywhere is to Be Nowhere