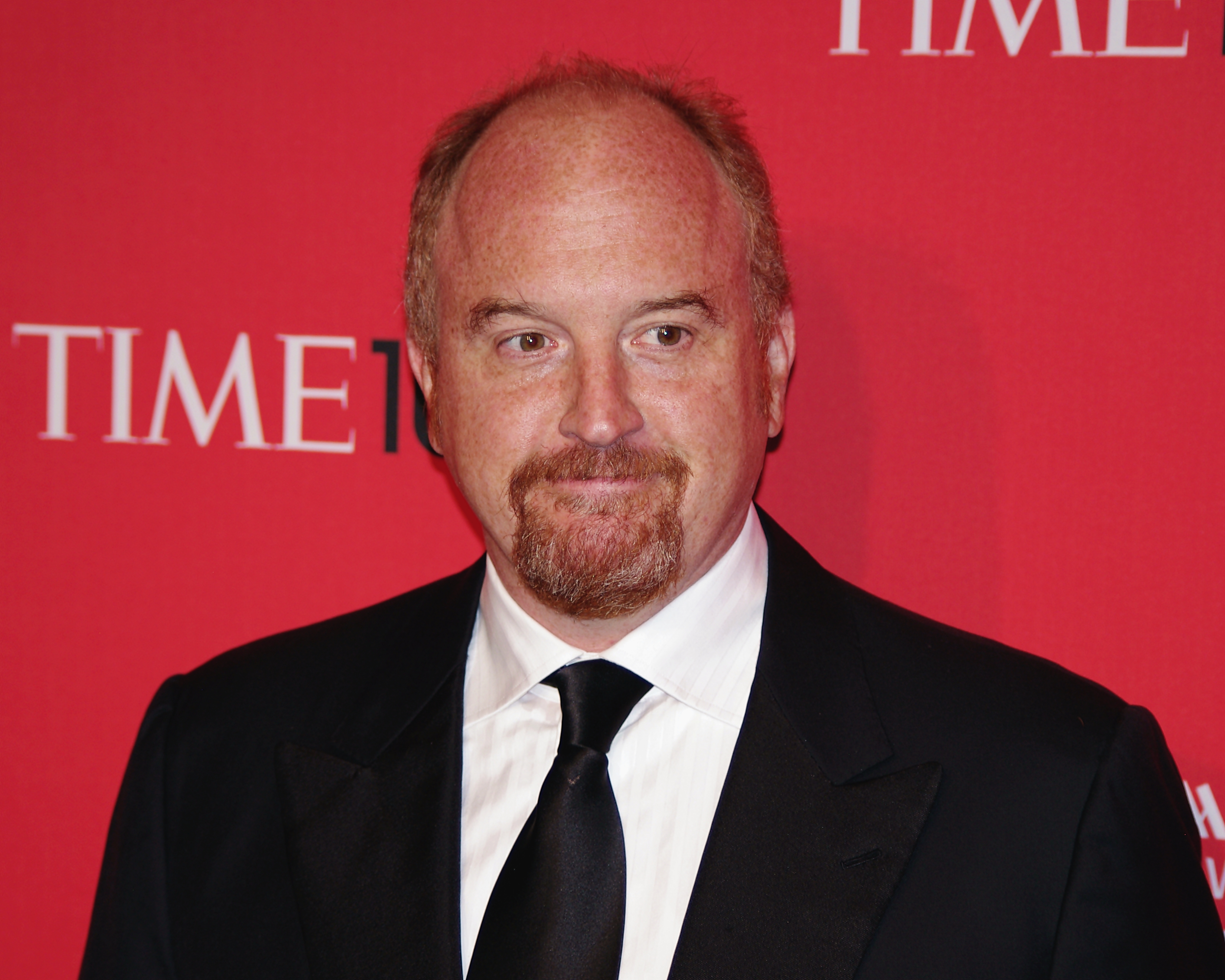 Like many people, I had heard the whispers about Louis CK’s masturbatory indiscretions a long time ago and had chosen to ignore them on the basis that there was no evidence, no public accusations, and certainly no arrest—so I wasn’t going to pass judgement based on gossip.

As I sit here now, pondering Louis’ admission and semi-apology, I’m in two minds about my original thought-process. I have serious issues with the “no smoke without fire” mentality. History says that isn’t true. People have been released from prison a decade into a sentence after new evidence came to light. There can be massive amounts of smoke and no fire. Anyone who has ever attended an arena rock show can tell you that.

But these rumors just weren’t going away. So I have to call myself out. I have to ask myself the big question, and the running theme to this week’s column: Regardless of evidence and legal action, if I heard the same stories about a comedian, or any artist, that I don’t enjoy as much as I enjoy the work of Louis CK (I consider him one of the five funniest people alive), would my reaction be the same?

If I had heard those stories about a comedian I don’t find funny at all, like a Daniel Tosh or a Dane Cook, would I be so willing to ignore them until that comic was pleading his case on social media? It hurts to admit it, because I’m admitting a flaw, but I’m not sure. And that’s something I have to work on.

Let’s have a look at this week’s Al Franken story. Like many liberals, I like Franken. He was a witty entertainer and now he’s a sharp politician. He’s on the same side as me when it comes to most if not all social issues, and so when the “groping” photo was made public my instinct was to join in with the noise from the left: he’s not actually touching her, it was a skit, she was in on it.

So I had to ask myself—to test myself: If the face on that photo wasn’t Franken’s but rather the President’s would I be so quick to presume innocence? The answer is definitely no. And that’s not right.

I still don’t know what the truth is about the Franken situation, but I do know that I want to be better at remaining impartial when stories like this come to light. What we think of the art, of the person even, shouldn’t come into it at all. 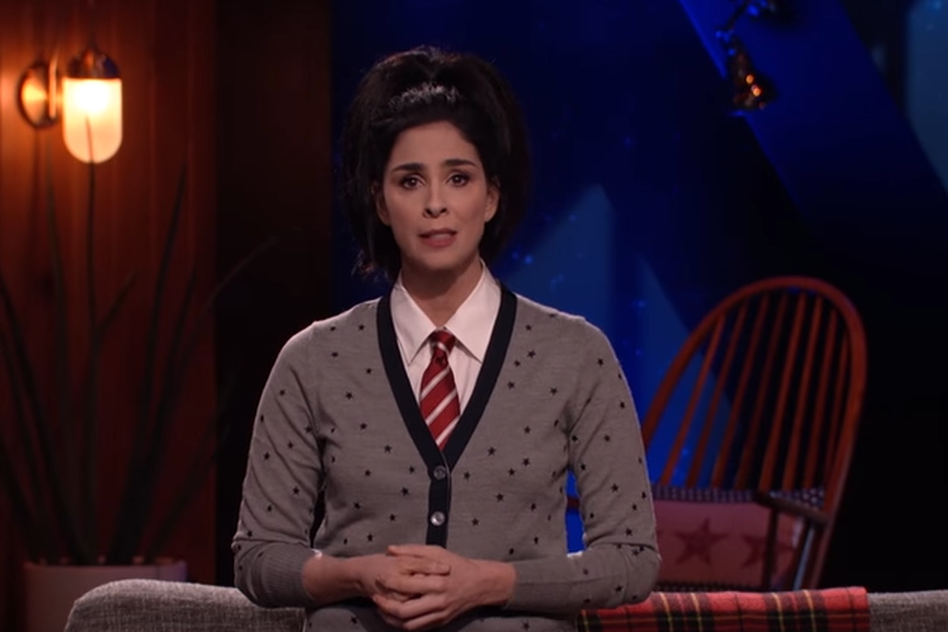 Sarah Silverman beautifully expressed what so many of us are feeling toward Louis CK, on her show I Love You America last week, when she said, “I hope it’s OK if I am, at once, very angry for the women he wronged and the culture that enabled it and also sad, because he’s my friend.”

“I believe with all my heart that this moment in time is essential,” she added. “It’s vital that people are held accountable for their actions, no matter who they are. We need to be better. We will be better. I can’t… wait to be better.”

It wasn’t easy for Silverman to get those words out, because the situation is complex. She’s friends with the guy, she’s known him for a long time, but she’s also very aware that what he did was wrong. We who are fans of Louis don’t have it quite as hard but it is still hard. How do we go back to laughing at his tales of downtrodden woe? The relationship has been soured.

There are some that believe that we should be able to separate the person from the art and that’s not a point without merit. But where is that particular line? (Strap in, because it gets gnarly right around here).

Self-proclaimed “band-aid” Lori Maddox was 15 when she slept with a number of rock stars as they toured their way through the Sunset Strip. Alongside Sable Starr, she famously had relationships with David Bowie and Jimmy Page, to name just two. Maddox’s age doesn’t appear to have been any secret, so it doesn’t appear unfair to suggest that those guys and more knowingly engaged in a sexual relationship, however brief, with a 15-year-old girl. That’s a really uncomfortable thing to consider, especially for those of us who practically worship at the altar of Bowie and very much enjoy the music of Led Zeppelin.

So I ask again, where is the line? Jackson died an innocent man in the eyes of the law. Who am I to pass judgement without evidence? The Townshend thing went away without arrest. Lori Maddox says, to this very day, that she was mature and aware enough to make the decisions that she made with Bowie, Page, etc. and that she’s glad it all happened. Can we, the people, be more outraged than she is?

Again though, in Led Zeppelin, Bowie, Jackson and The Who, we’re talking about beloved, respected artists and I know that I don’t want to believe that there’s reason to stop listening to them. Much like with Louis CK.

I know that, when it came out that ’70s British glam icon Gary Glitter was a serial child abuser, I had a more severe reaction because I don’t have the same relationship with his music. Ditto Ian Watkins of Welsh nu-metal band the Lostprophets. Or when I read that members of the Red Hot Chili Peppers had been guilty of domestic abuse. I’m not a fan of these people. I felt no need to defend.

And that’s what I’m talking about. That’s fucked up. I see it everywhere and we need to get better at it.

Gather as much information as you must but, for Christ’s sake, let’s be consistent. You can choose to think Woody Allen did wrong in having a relationship with Soon-Yi Previn or that he didn’t. But your opinion of Annie Hall shouldn’t come into it. We know that sexual abusers come in all shapes and sizes. And of relevance here, they can be brilliant musicians, comedians, directors, etc, and they can be the opposite. But the standard of the art should be neither an alibi nor an indictment, and we need to remember that when these stories break. We can all be better. I know I can.