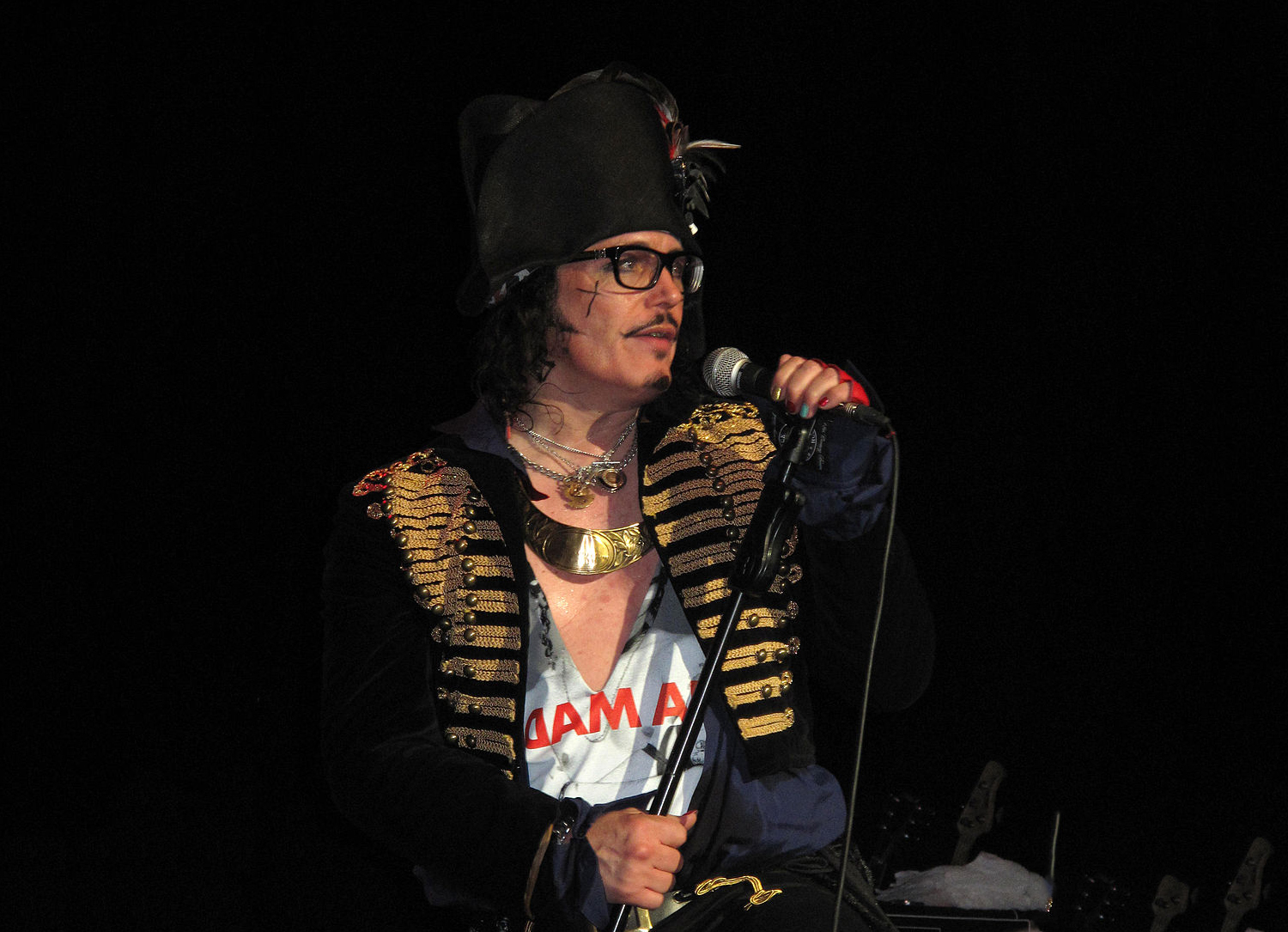 There comes a time in every young music fan’s life when they go from listening to The Muppets albums, or CDs by the Wiggles, Bob the Builder, Barney, or compilations of cartoon theme tunes to dipping their toes into the murky world of pop music. Oftentimes, their first fave will be the teen heartthrob of the day. Maybe there’s a transition involving some fresh-faced TV singer thanks to Nickelodeon and even reruns of Glee. But then will come the Biebers and the Grandes.

And even at five years old, Ant’s songs were instantly accessible. Between 1979 and ’82, there was a TV show in England about the real-life highway robber Dick Turpin, unsurprisingly called Dick Turpin. In reality, Turpin was not a good man. He killed, robbed, and generally did bad things. On the show, he was made out to be a sort of Robin Hood type character; charming, and basically a nice guy doing something morally dubious for the greater good.

The Dick Turpin TV show made highwaymen seem cool and glamorous at the start of the ‘80s, and Adam & the Ants’ “Stand & Deliver” fed right into that. I don’t know if I watched the show or heard Ant first, but both had a big impact on my young, swashbuckle-obsessed mind. Not that I ever seriously considered a career in crime, although I did once steal a Spider-Man comic book from the local corner store while attending primary school. I can’t blame Adam for that though.

“Stand and Deliver” from the Prince Charming album was a huge number one hit in the UK in 1981, and that’s no surprise. The song is bombastic, anthemic, and infectiously catchy. As with all of Ant’s previous work (the Dirk Wears White Sox and Kings of the Wild Frontier albums), the very English punk scene was audibly in there, while the far more radio-friendly new wave scene that was on its way in was happening too. The follow-up single, “Prince Charming,” was more of the same, although this one brought a new “march and cross your arms” dance with it. Adam Ant was the biggest pop star in Britain for a little while there, and he was the coolest dandy highwayman in town. His band, The Ants, were not far behind.

The following year, 1982, Adam Ant was releasing music as a solo artist, rather than as Adam & the Ants. The first single was “Goody Two Shoes” from the Friend or Foe album. At seven years old, I didn’t know that Ant was singing a “subtle” sexual innuendo when he followed, “don’t drink, don’t smoke, what do you do,” with “there must be something inside.” I had no idea what he was going on about, and it certainly didn’t occur to me that mocking somebody for not drinking and smoking might not be the best idea. None of that mattered, because Adam was my singer. By now, I was stealing colored sticky tape from my teachers so that I could put it on my nose and pretend to be Adam Ant on the playground.

In 1984, Ant was the first performer at the English Live Aid concert, singing “Vive Le Rock.” That was huge too—to see my first musical passion up there on the biggest of stages with the eyes of the world on him. Some say he was on his way out of the limelight by then, but whatever—he was perfect.

I never stopped listening to Adam Ant, but he went away for a while for his own personal reasons. After Vive Le Rock in ’85, there was an album in 1990, and then another in 1995, relatively huge gaps. The next, Adam Ant is the Blueblack Hussar in Marrying the Gunner’s Daughter, came eight years after that in 2013. There’s one due in 2018.

But five years between albums when you’re a kid is a lifetime. In 1985, I was 10. When Wonderful came out in ’95, I was 20 and life was very different. Sometime in the mid eighties, I had discovered Duran Duran.

Adam Ant to Duran Duran is an obvious progression. Like Ant, the Durans were coming from a new wave place. They made it poppier and very radio-friendly, and particularly appealing to a female audience. Duran Duran, plus Spandau Ballet, ABC, the Thompson Twins and more were a part of the British new romantic movement.

Again, the singles were so huge, so epic and impossible to ignore that I was all-in. I remember a family vacation when I spent almost every spare moment listening to my Seven & the Ragged Tiger cassette on my Walkman.

I’ve had other favorites as I’ve gone through life, and they all make sense to me. Queen, Guns N’ Roses, Metallica, David Bowie, Bob Dylan (there was a brief dally with Kylie Minogue in there, in the early ‘90s). These things are very personal, but Adam Ant might be the artist who generates the strongest feelings to this day, because he was the guy who introduced me to rock ’n’ roll, punk and pop, glamor and decadence, big choruses and awesome videos.

I didn’t get to see him live until I was well into my adult life (ditto Duran Duran), but I see him every chance I get now. And every time, I feel warm, like I’m watching an old family home video.