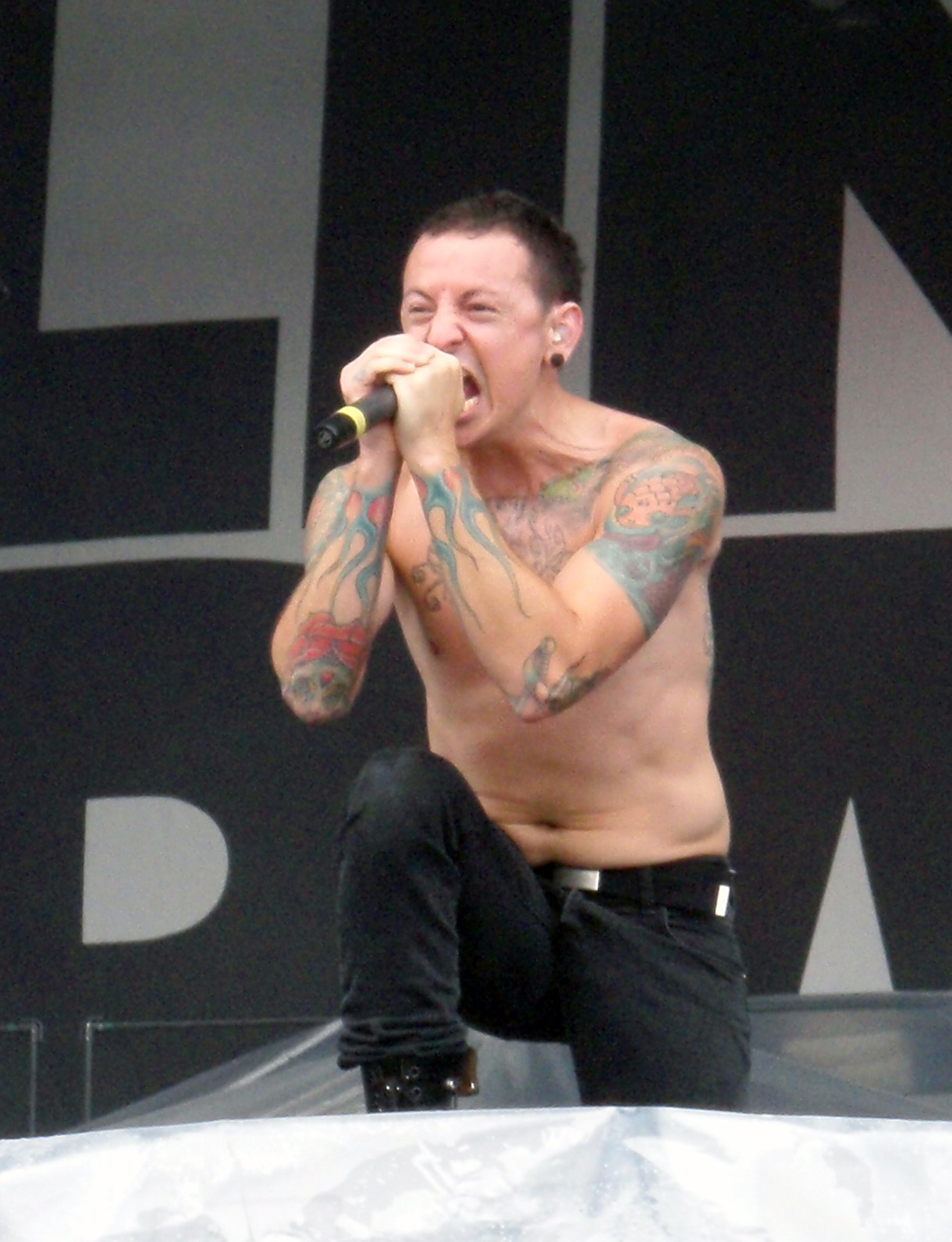 These wounds they will not heal…

Goddamn it, not again.

I’m writing this column on the day that Chester Bennington, vocalist with rap-nu-metal band Linkin Park, was discovered dead at his home, apparently after hanging himself. According to TMZ, Bennington’s family was out of town and he was discovered by an employee just before 9 a.m. at his home in Palos Verdes Estates in LA County. He was 41, and he is survived by his wife and six children.

This, of course, comes way too soon after Chris Cornell’s death; the pair were good friends, with Bennington singing Leonard Cohen’s “Hallelujah” at Cornell’s memorial service. The day of Bennington’s death was also Cornell’s birthday.

Bennington’s suicide has raised all manner of questions, particularly on social media, about mental illness, depression, and alcohol and chemical dependency. After scouring a whole lot of posts and comments by my own friends, colleagues, and contacts, it’s clear that there is still a lot of ignorance surrounding all of those things.

You might have seen it yourself—people online using words like “selfish” and “cop-out” to describe Bennington’s actions. But here’s the thing—I don’t suffer from depression, and I’m not an alcoholic or drug addict. For those reason, I’ll never fully understand people that are afflicted with those conditions. I can read descriptions, and I can have in-depth conversations with people that I’m close to, but I’ll never fully know what it feels like.

But that doesn’t mean that I can’t be compassionate. I can sympathize, even if I can’t empathize. What I strongly suspect is that words like “coward” and “selfish” are some way wide of the mark. Depression, clinical depression, isn’t the same as feeling sad. It’s not the same as grief and it’s not the same as extreme devastation. Not to downplay the feelings that people have felt when a loved one has died, a marriage has broken down, or anything else awful that life throws at us—those things are emotionally draining and simply terrible.

But it’s not the same. They’re two separate things completely. Those that suffer from depression openly have done a better job than I can of putting it into words. English musician Ginger of The Wildhearts said in a Classic Rock Magazine interview that, “Well it’s certainly not feeling glum. It’s a physical condition as well as a mental condition; your neuro-transmitters aren’t transmitting. But it’s such a loaded subject, and I thought that the best thing I could was to let people know that it’s okay to talk about it. It is a disease, it does kill; in fact it kills more people each year than cancer. Everyone is fine talking about cancer—and so they should be—but cancer has all these charities that fund research, yet mental health gets no research funding from the government. It’s an absolute crime.”

That makes sense. Yet still, as someone who doesn’t suffer from depression, there’s a side of me and so many other people that just wants to say, “Cheer up.” If you’re depressed, watch a comedy movie, may I suggest Spinal Tap, eat some ice-cream—you’ll feel much better. Which, of course, is horse shit.

We look at people like Bennington and Cornell and think, “You guys have money, family, talent, and hundreds of thousands of adoring fans. You can tour and see the world, and do it in style rather than in a stinky van. You get to create music for a living and people love and respect you. Who wouldn’t want this life?

But that misses the point. The depression isn’t necessarily rational. Yes, Bennington has said that he was sexually abused and beaten by an older male when he was a child, but that doesn’t mean that he can simply get some therapy, think about something else, and everything will be ok. We don’t even know if that abuse was the cause of his depression, although it sure as shit didn’t help; thousand of people who had happy and even privileged childhoods suffer from depression. It’s an imbalance.

The dependencies wouldn’t have helped either—certainly not in the long-term. And that raises more valid questions that I can’t answer about where alcoholism and drug addictions ends and mental illness begins. Most likely, it’s all part of the same unhealthy dance. 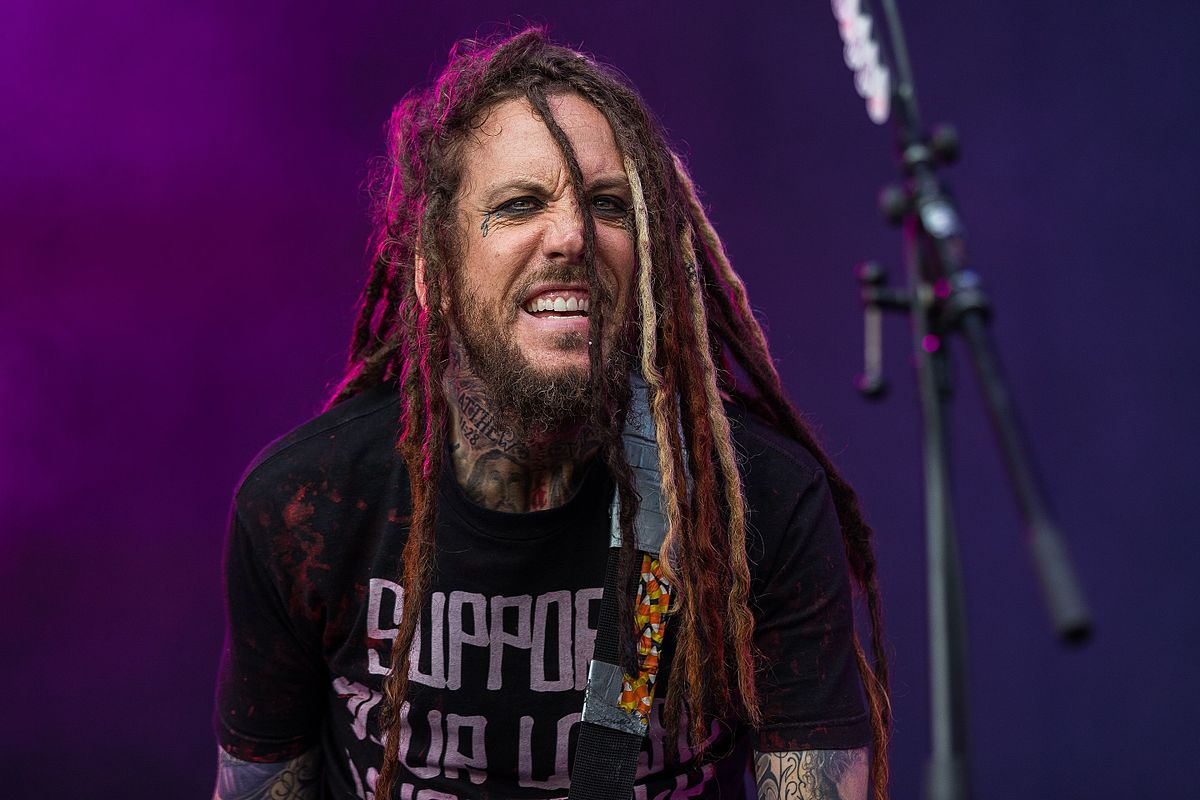 It’s ok to say, “We don’t know what it’s like” though. We don’t have to offer an opinion on everything, especially when it’s uninformed. Brian “Head” Welch of the band Korn spoke up on Facebook and said:

“Honestly, Chester’s an old friend who we’ve hung with many times, and I have friends who are extremely close to him, but this is truly pissing me off! How can these guys send this message to their kids and fans?! I’m sick of this suicide shit! I’ve battled depression/mental illness, and I’m trying to be sympathetic, but it’s hard when you’re pissed! Enough is enough! Giving up on your kids, fans, and life is the cowardly way out!!!

I’m sorry, I know meds and/or alcohol may have been involved, I’m just processing like all of us and I know we are all having some of the same thoughts/feelings.

Lord, take Chester in your arms and please re-unite him with his family and all of us one day. Be with his wife and kids with your grace during this difficult time.”

Welch should know better, having faced his own demons in the past. Most likely, however, he’s lashing out while dealing with the loss of a friend, not an uncommon response and perfectly human.

Look, there are plenty of people who will live full lives while living with depression and you’ll never know. This doesn’t make those people stronger or better, because the illness affects everybody differently. But I’m reliably informed that, at its worst, depression is an all-encompassing torture. It feels like there’s no end and no hope. Like walls are closing in. “Cheer up” doesn’t help. Why criticize those already feeling tortured, and especially those driven to suicide because the pain is unbearable?

If there is anyone, one person even, who is reading this and lives with depression, I have no idea what you’re going through but there are people who do. Suicide Prevention Lifeline does amazing work every day. Call 1-800-273-8255.

For those with dependencies, resources like aa.org, rehabnet.com, and na.org are always available. Don’t stay silent. There’s always a solution.