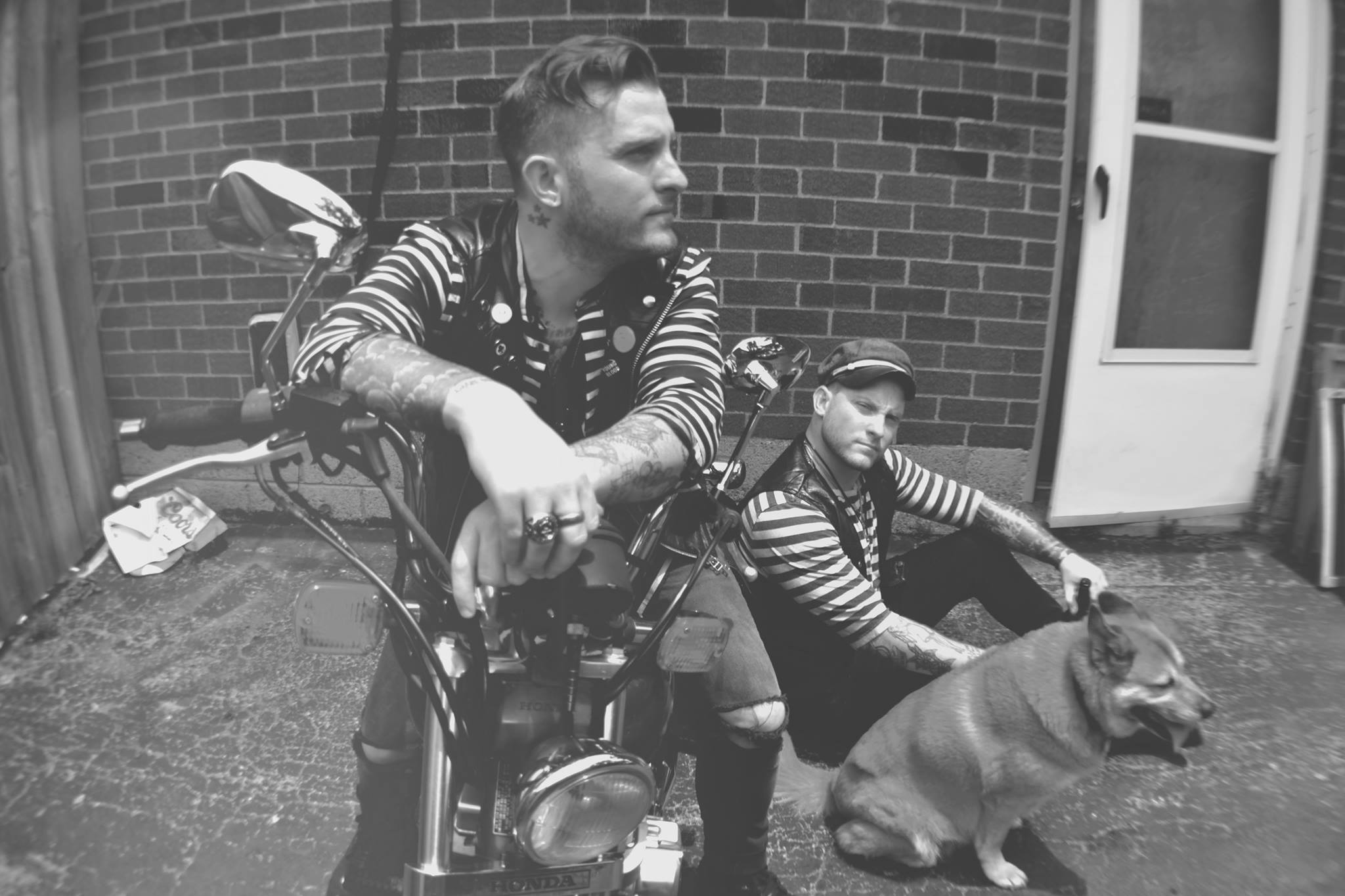 Planted in a small West Virginia town, Rob and Nat Rufus of Blacklist Royals are conjoined twins, not physically, but they’re brothers of the same artistic DNA, roommates on the open road, and lifelong punk rock compadres. Their tight bond represents everything that is punk: friendship, community, and strength. Time tested punk rock principals that anchored this young band in times of tragedy.

I caught up with Nat as he was getting ready to start the upcoming Blacklist Royals tour with his brother, and other road warriors Devin (bass) and Nigel (keyboard). Sounding quite relaxed, despite the grueling months ahead, Nat opens his day planner covered in All Time Low stickers (not really), “We’re doing the east coast, then we’re doing the west coast next month.” (Preparing for so much traveling seems torturous to me. I get delirious after twenty minutes in traffic and Rush Limbaugh begins making sense.) Nat is taking it in stride, “You just save up as much money as you can and just kind of prepare yourself for it.”

Their exhausting journey seems like it ain’t no thang coming from Nat, and that’s because Blacklist Royals live for this shit. He can’t wait to roll across these beautiful United States, but more importantly, “I like to make music and go out and perform it. That’s when I really feel alive. Preparing mentally to go on tour is easier than being at home and not knowing what to do with yourself.”

Restlessness at home is why many get into music in the first place. Maybe it’s to feel like Keith Richards, maybe it’s to pick up chicks. Maybe it’s because you’ve had one too many and thought it was a good idea to buy a guitar while browsing Amazon (not me). 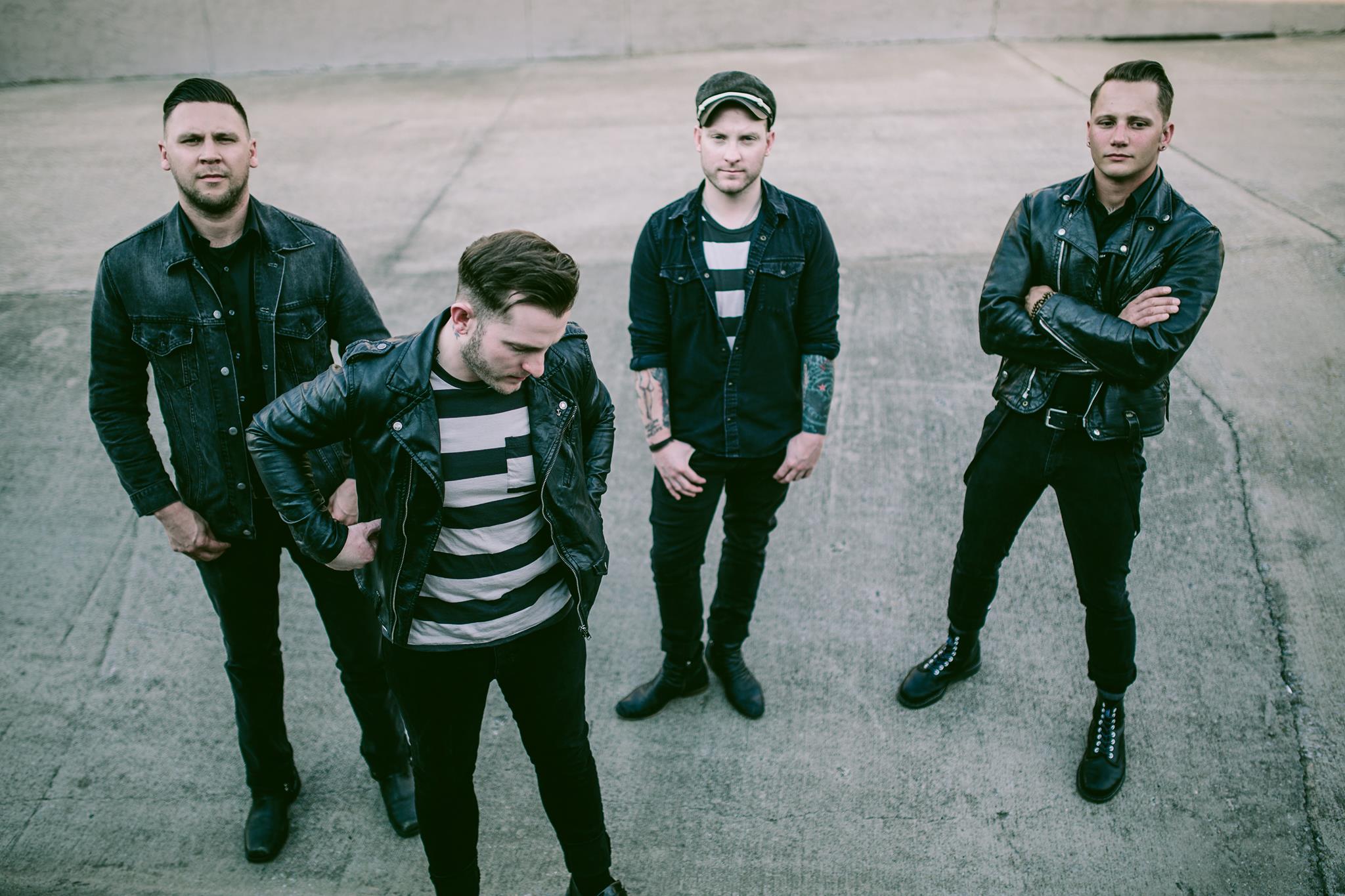 For Nat and Rob, their reason for getting into music is respectable, and it laid the groundwork for continued passion and success, “We only started playing music to be in a band. The thought of just playing guitar to play guitar never appealed to me.” It’s all about building a bond that only a band will ever know once they’ve shared enough ridiculousness.

“There’s definitely been some bad situations over the past couple years.” Nat recalls the time the band played in Miami, “We essentially got kicked out of our own dressing room because a bunch of people from the show came back and were doing drugs back there.”

And that’s when the venue’s management is supposed to do their damn job, right? Not so much, according to the rocker, “I went to talk to the promoter and they were doing drugs at the bar…I mean that’s cool, but my computer’s back there!” Sure, $5000 MacBooks covered in nose candy can be replaced, but the Blacklist Royals brothers know all too well that life is fragile, even when drug stupidity isn’t involved.

The bond the twins share goes in places most of us will thankfully never have to know. At a very young age Rob was diagnosed with a rare form of cancer. He was only 17-years-old–the end of high-school and the start of a big future. I’d imagine holding a guitar in a casket wasn’t what he had in mind while growing up with Guitar Hero. 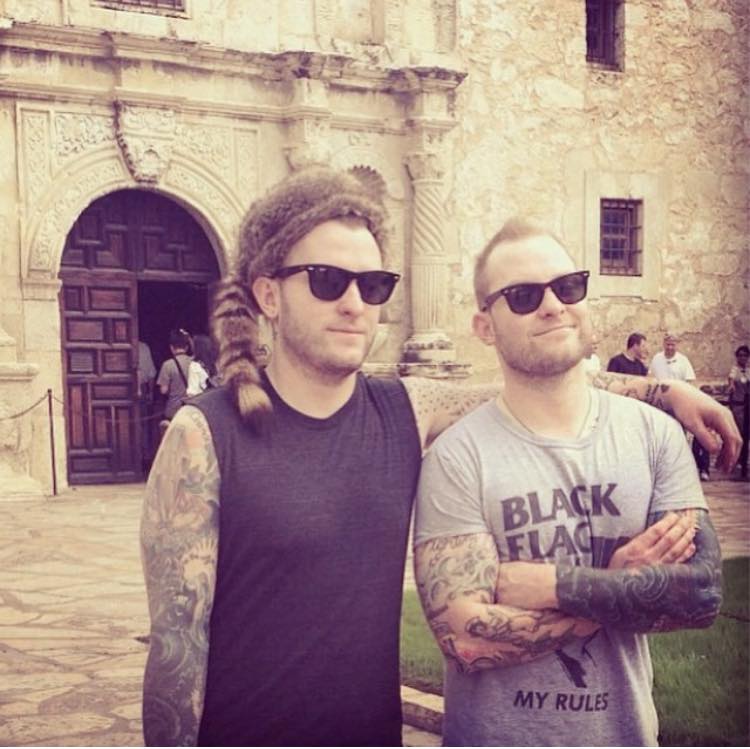 As Homer Simpson might say, “thank jeebus” because he pulled through with the help of those around him, including his brother. As the band moves onward they’re taking on daily struggles any other touring band would, and then some. Nat describes what life is like on the road for Rob, “He has health issues that affect him every day of his life, he has one lung and all kinds of health problems because of surgeries and chemotherapy.” But Rob’s not complaining. The band’s trajectory continues upward and the quality of their lives and the live music they live for playing thrives.

What’s closer than twins? Only twins who have been to hell and back and have the lyrics to prove it. Rob and Nat turned a negative into a productive and positive as Rob’s near death experience fully inspired their 2014 full-length release,Die Young with Me. Nat explains, “Our full-length that came out last year, all of it was essentially about him being sick and about that time our lives. We went back into that world. It definitely had a huge impact on that record and on the band.”

Nat assures that his brother Rob is doing fine now and enjoys having fun on the road but, “No whiskey before playing. We save that for after.”

You may have seen Blacklist Royals with NOFX, Less Than Jake, or on Van’s Warped Tour. This fall, rock out with the guys until the end of November on the east coast. Tour dates and tickets here. West coast tour dates will be available soon.

Interview clips provided by a live broadcast of Eddie Jason & Chris on idobi Radio, Mondays at 8pm ET. Listen to the full Blacklist Royals interview on EJC Podcast #183 here. Or, subscribe to the podcast oniTunes.