Diving into a conversation with BANNERS is like catching up with an old friend. The alt-pop singer-songwriter might have been around the world and back, but don’t think for a second the thousands of fans and the bright lights of fame has gone to his head; he’s still someone you’d meet down at your local bar to watch the game and have a good laugh. When I call, he’s just got back from looking for a fidget spinner as a welcome present for his bandmate—but he confesses, he’s not entirely sure what the point of them is. Together we come up with the idea to buy him a bunch of retro toys instead: “Maybe I’ll get him a Tamagotchi…do they still make those?”

Something you need to know before you get any further: Both BANNERS and I are Brits working in typically American and Canadian-oriented parts of the industry, a fact we instantly bonded over—and not just because we were both relieved we wouldn’t have to speak in some strange, overly enunciated Transatlantic accent we tend to adopt for our friends across the pond. “Having an English accent gives you a big advantage, everyone automatically thinks you’re charming,” he jokes. “You only have to be a little bit funny, or a little bit charming, and people will laugh loads—and you think, ‘oh my god! I’m the funniest person in the world!’ And then you go back to England, and you say the same thing, and they’re like, ‘yeah, and?’” Every part of the conversation is tinged with humour, even when topics get serious—and beneath each quip lay solid pieces of life advice and wry observations that are totally enthralling. BANNERS now resides in Toronto, a place where he’s truly feels at home, but as the saying goes: You can take the boy out of Liverpool, but you can’t take the Liverpool out of the boy.

“You can sit and wait for inspiration to hit, but realistically, the only way inspiration’s gonna hit is by doing it—pushing yourself to create.”

“Growing up in Liverpool I’ve always been fascinated by the sea,” he explains, pausing to admit he’s never realised how much the sea influences his writing until now. “It’s just a world of possibility…it’s quite a romantic notion, to set sail to new shores.” You can hear this excitement about new horizons running throughout his work—particularly in his latest single “Someone to You”. “I just wanna be someone / Well doesn’t everyone?” he croons, over a beat that’s gonna keep you marching forward no matter what. BANNERS’ songs are where oceans meet—the wide open, sweeping sounds of the gorgeous Toronto scenery he’s surrounded by now, and the rich musical history from his UK upbringing. In fact, he has an interesting theory about why the UK music scene is so sprawling and iconic: It’s because of the weather. What else can you do when it’s too wet to go outside? You go to the pub, have a drink, and make music. And that makes for great musicians like The Smiths and Joy Division, but it also lets anyone try their hand at music. “In England there is a really lovely community spirit of people just getting on a stage and having a go.” It’s this laidback attitude and willingness to experiment that fostered his creativity growing up—from hanging out at the studio with his record producer dad, to making his own music.

“It’s such a different world now,” BANNERS says when it comes to recording. “The demos that my dad used to deal with were literally like, a two track thing of just some piano and vocal where the lyrics weren’t finished. But now, demos have to be quite close to the finished product.” That need for near-perfection brings a drive to push boundaries, and being able to record outside of a studio opens up a whole new world of possibilities for different viewpoints and perspectives from collaborations—which he admits can be an adjustment. “In a way it’s like writing a diary and then showing it to everybody. So at first it’s really strange and frustrating.” But he acknowledges that it’s also extremely liberating. “You can sit and wait for inspiration to hit, but realistically, the only way inspiration’s gonna hit is by doing it—pushing yourself to create.”

Being challenged is half the fun of it for him. When we spoke he’d just gotten back from tour with Milky Chance, which was a little different—his setup was stripped back from full band to just a duo. “Because it was so last minute,” he explains, “no one was free except for my drummer. So I thought, screw it, let’s just do it!” And it turned out to be one of his favourite experiences to date. Because he was driving a small van with only one other passenger for the tour’s duration, he got to appreciate the scenery much more than from on a tour bus. “It’s a big country, America,” he remarks in possibly the most British-sounding observation ever, “but it’s a really beautiful one.” You can hear the sense of wonder in BANNERS’ voice when he talks about getting to see the vast openness and culture of another country on a journey he never thought possible, but for him this appreciation runs even deeper. “[This job] comes with a certain pressure and you can forget how brilliant it is,” he acknowledges, but it’s in those moments, like when you’re hit with a view you’d never experience otherwise, that makes you stop and take a breath. “This is where you think, ‘Oh man, this is the point, this is why I got into this’. It’s important to remember that.”

“I think everybody remembers their first ever gig, so for good or for bad you can’t change what your first gig was. Just the fact that you get to be that person for somebody is really lovely. It really reminds you that you’ve gotta try your best at every gig because it might be somebody’s first one.”

Still he remains humble, acknowledging how amazing it is he’s been able to road trip across America—not stopping to think the reason he’s done that is because of his legions of fans. He’s just appreciating those perks that come with touring internationally, taking in the little things. “Y’know, you go and play and people say to you, ‘we drove four hours to see you’ and it’s like, oh man! God!” he laughs, like he can’t quite believe it. “There’s not really a metric to show what a song means to somebody. So when people come and say ‘oh we drove five hours to get here’, or when people tell you stories about songs that you wrote and what they mean to them, it’s really great.” These stories of fans, of little things, are when he lights up. “What I really love is when you play a gig and then some parents will come over with their little kid and they’ll say, ‘this is his or her first ever gig’. Like wow, what a responsibility! I think everybody remembers their first ever gig, so for good or for bad you can’t change what your first gig was. Just the fact that you get to be that person for somebody is really lovely. It really reminds you that you’ve gotta try your best at every gig because it might be somebody’s first one.” 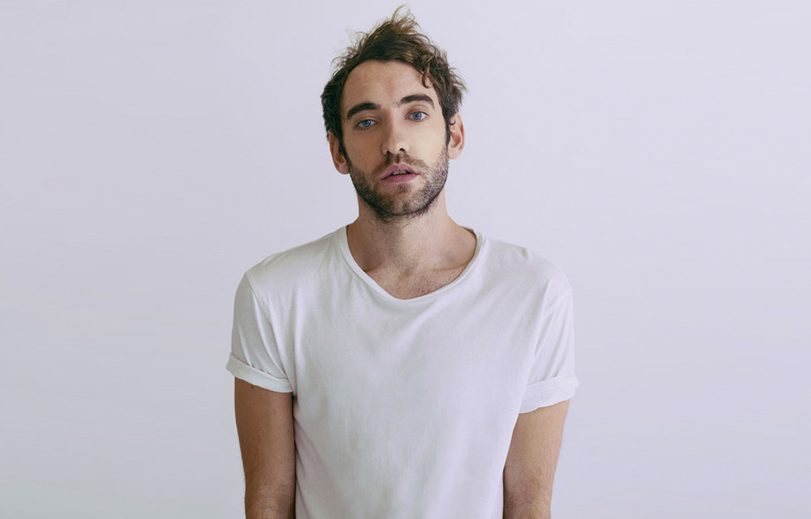 When I first started chatting to BANNERS, I admit I was taken aback—to me, someone who can create such beautiful melodies probably lives in their own bubble and eschews the chaos of everyday life in favour of the rolling hills you might see in the Sound of Music. His songs take you high, to a mountaintop overlooking the sea—they’re just that uplifting. And while, yes, he now lives in one of the most picturesque places on the planet, to meet someone so wholly grounded and down to earth was refreshing—he’s someone who genuinely loves music and works hard at his craft. But the more we spoke, the more I began to understand: Beneath the friendly quips and sharp humour lies someone with a deep insight into human emotion and the way the world works, and that’s when you see the artist in him. That’s when you see the poet, the one who writes those lyrics that connect with you on so many levels. That’s when you see that everything BANNERS does is more than just a passing moment, he’s the friend whose words stay with you when you need to hear them most.

Tags: Banners, Someone To You