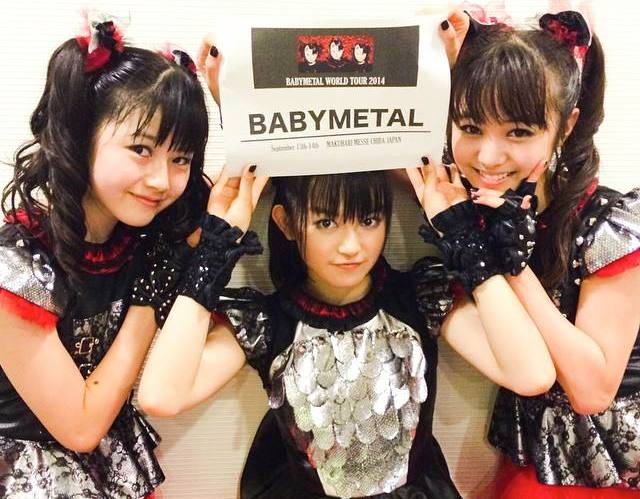 We metal heads love to hate things. We hate religion, government, society, authority figures, relationships, and countless other concepts, people, or experiences in endless  combinations. It’s not that we’re hateful people; we’re actually quite nice and you should meet us, but our angst brings us together. That and our common love for aggressive, heavy music.

We don’t like just any aggressive, heavy music either. It’s not all the same to us. We debate subgenre distinctions that are insignificant to metal outsiders. The average Katy Perry fan doesn’t care about the difference between death, thrash or black metal because metal is not accessible, at least not on the same scale as Katy Perry. One must sort through 27 other albums like Maroon 5, Jeezy, and Brad Paisley in this week’s Billboard Top 200 before reaching the top hard rock album, The Color Morale’s Hold On, Pain Ends which is extremely questionable as a metal album. The very mention of The Color Morale in a discussion of metal would raise the hackles of metal heads everywhere.

Metal fans are right to be incredulous about The Color Morale, but we are wasting effort attacking or defending Babymetal. 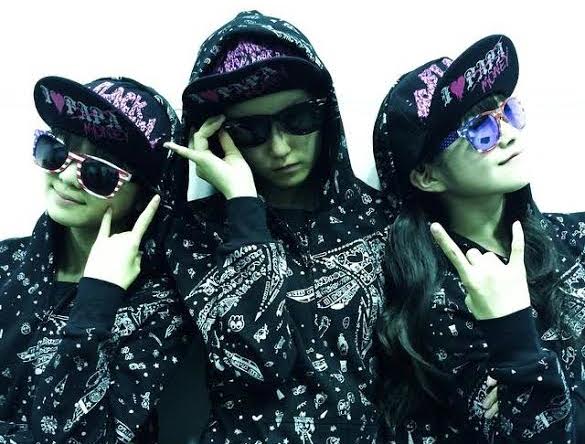 Babymetal is a Japanese pop group fronted by three teenage girls and backed by a costumed, face-painted rock band. They have generated passionate fanship and dissent within the metal scene, especially online at metal blog MetalSucks, which boasts the first American interview with Babymetal.

Babymetal’s metal influence is immediately established in the intro to their breakthrough single “Gimme Chocolate” but any semblance to the genre fades as choreographed dance routines and sing-song pop choruses take over. Metal is a challenging genre but the video for Gimme Chocolate becomes a matter of endurance after the 1:20 mark because Babymetal is not a metal band–they are a dance/pop band with metal influences.

That’s not to say metal heads who like Babymetal are somehow less legitimate in their metal fanship. It means Babymetal should be appreciated among artists like Lady Gaga or Die Antwoord, not Slayer or Cannibal Corpse. There are certainly metal fans who like all four of those bands, but that doesn’t mean Lady Gaga is somehow metal. Babymetal is as metal as Limp Bizkit is rap. Treating Babymetal as an affront to metal legitimizes them in a debate no one should have. 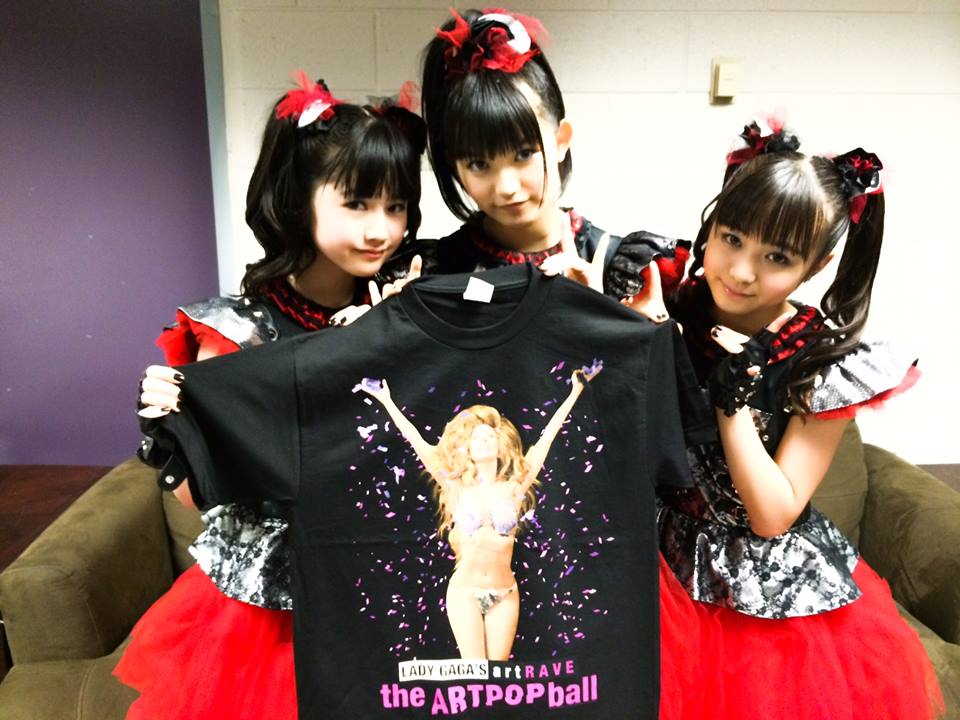 That’s why it’s patently offensive for Adrien Begrand, writing for NPR, to declare Babymetal as some kind of revolutionary act that the staunchly traditional metal scene will just have to accept. “Deal With It, Headbangers — Babymetal Is Here” reads the headline.

We know Babymetal is here. So is Maroon 5. So are Jeezy and Brad Paisley. Why should we care?

Begrand argues Babymetal is injecting fresh perspective to a metal scene divided between stubborn, old fans and kids who have only ever gotten music from the internet. In Begrand’s opinion, Babymetal’s gimmicky act is no different than Watain or Amon Amarth. Those comparisons are absurd. Watain boils animal blood on stage, Babymetal dances. Amon Amarth writes about Viking mythology and culture, Babymetal writes about chocolate. Watain and Amon Amarth write music with no regard for marketability, but every facet of Babymetal is finely tuned to sell the most albums, downloads, concert tickets, and merchandise. Begrand acknowledges that in quotes from the band’s manager whose aim is to make Babymetal the sushi of the music industry.

A more apt analogy might be Ghost B.C., another band whose qualifications have been questioned by metal elitists but is unlikely to reach Babymetal’s level of mass appeal. That’s mostly because of Ghost B.C.’s overtly Satanic lyrics and image. Anti-Pope Papa Emeritus is simply not as cute as little girls who share a stage with a metal-looking band while they dance to pop. 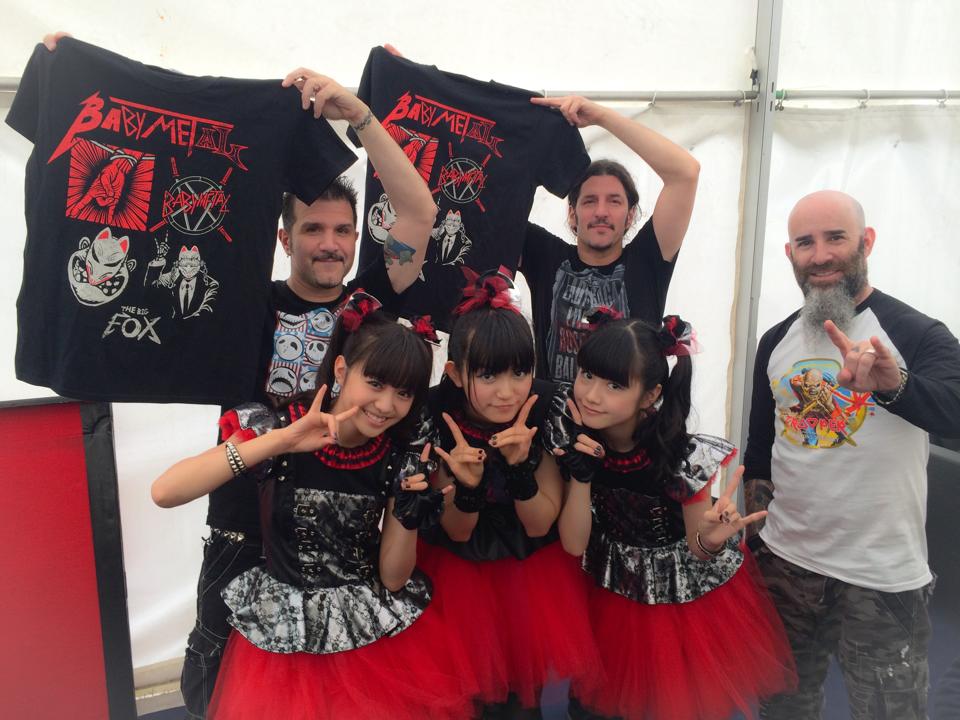 Metal should not be cute. People should not feel compelled to pinch the cheeks of a metal band like grandkids. Rather, a metal band should sound like they would tear your face off.

What’s refreshing about Babymetal is not their sound per se, it’s their attitude about the use of metal in pop music. Whether it’s because the band is fronted by naÃ¯ve teenagers or because the Japanese metal scene is not as regimented as Western metal, Babymetal’s exploitation of metal comes off as more honest than the myriad core and scene bands whose creative processes just happen to include screaming vocal verses, clean choruses and heavy breakdowns; bands with a rebellious sound who look nice enough to bring home for a family dinner. One doesn’t need to be the crochety old type of metal fan mocked by Adrien Begrand to understand that many popular bands arose from metal subgenres by following a specific songwriting and marketing formula.

Of course, fans can only speculate about an artist’s intent. Whether a band genuinely feels like that breakdown belongs there or the entire song was some profit-hungry record executive’s scheme is not a determination fans can make. They can only interpret what they hear compared with the rest of the metal pantheon. Fans of any genre can agree that interpretation is what makes music so enjoyable but Babymetal is not meant to be analyzed. It’s made to sell. That doesn’t mean metal fans aren’t allowed to enjoy it, they just shouldn’t think of it as metal.