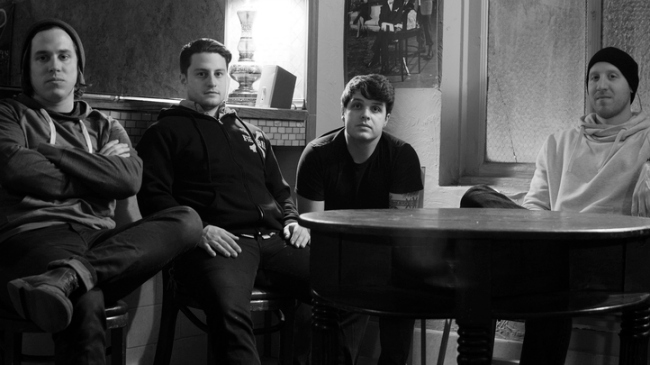 On the inaugural episode of In Frequency, host Eleanor Grace sits down with Mike Hansen from Pentimento to dig into their new record I, No Longer — from how the album represents a huge leap forward musically for the band to how making it almost tore them apart.

“We were just at a breaking point. It was seriously like…every time we thought about it, it was just like, ‘Man, I don’t really know what we’re gonna do.’ We just had this crazy dark cloud of debt and uncertainty over the band’s head.

I feel like this record is gonna make or break the band. In my private mind, I think about that all the time — like, is this gonna be the one? And maybe it will be, you know? We probably can’t stay at this level for another year. We probably can’t continue to pay for things and scrape by the way that we have been. And then real life starts to get in the way and you start to worry about, like, ‘What am I actually doing?’ I always want to have faith in the band in a big way like we do now, so it’s just about keeping our fingers crossed and hoping the record will speak for itself, I guess. There’s nothing else.”

Hansen also touches on how the controversy around their debut full-length defined them (and how he hopes this record defines them further), the unique songwriter-to-singer dynamic he shares with vocalist Jerry Pauly, and the band’s decision to re-record almost all of the album’s vocals while in the studio. The interview — an extended cut of the version that aired on the show — is a must-listen for anyone who feels a connection to this career-topping new record.

Stream I, No Longer via Noisey and order your copy via Bad Timing Records.