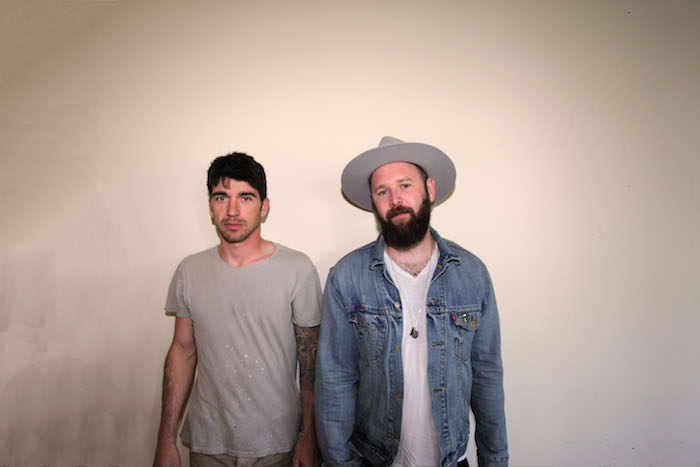 Native Sons have come a long way to be where they are today. After rethinking their trajectory, crafting the sound they wanted to make, and then watching as the project came forward from the background for the release of their debut album, their story is just beginning.

“We had always played in bands (with other members) but [Justin] and I have always had somewhat similar tastes in music. The blueprint for the songs we all pulled from our files of songs we made for fun over the years. We whittled down about 60 rough song ideas to the top 16. From there we let each producer pick the song or songs they liked best. It just so happened that no producer picked the same song.”
– Thomas Fine

The band will release their debut album, Super American, on August 4th, and the collection is slated to display their electronic pop rock sound, that’ll more than likely have you dancing along a time or two.

Today, we’re giving you a taste of the album with an exclusive premiere of their track, “Lay Your Lover Down”. Hear it below, and let us know what you think on Twitter.

“‘Lay Your Lover Down’ was produced by Chris Garcia. We saw that he had recently helped produced the last couple Lana Del Rey albums and we are both big fans her music. His other music credits are amazing as well. About 60 seconds into our first phone call we knew we were going to be working together. The word we kept coming back to was ‘vision’. Chris had said he has worked with so many artist that are quite talented but we unable to see what the vision was. Being able to look at the micro and macro simultaneously was important; and we all knew the people in our past that just couldn’t see it. That was huge for us. He also happens to be one of the nicest humans living on planet earth.” – Thomas Fine