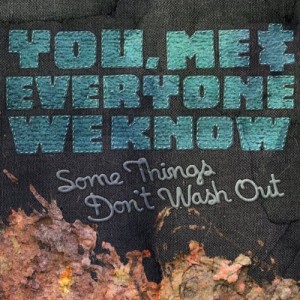 At long last, You, Me and Everyone We Know has released the full length album that everyone has been waiting for since 2006 and it is exquisite.   Ever since Party For The Grown and Sexy was released four years ago, the man who “never fit the pants of a singer” has finally grown up and accepted his role with poise and grace.   There have been numerous line up changes and comparisons to Say Anything along the way, but every ounce of controversy that this band has endured has only been speed bumps and wrong turns along the road to this Doghouse records debut.

This band has always been the quintessential DIY band that never seemed to need a label but idobi recently sat down with for an interview with Ben Liebsch that spanned many topics including the band’s need for a label.

“We hit a glass ceiling as a band, we got as big as we could independently” hence the partnership with Doghouse.

The first two tracks on this record serve as an introduction to the entire opus that showcases the trials and tribulations that the band has gone through since its inception.   Opener “Shock and Awe” serves as an actual introduction to the theme(s) of the album while “I’m Losing Weight For You” is generally about sacrificing for people who do not care about you.

A lot of the production on this record to make each song sound much fuller, adding many things that were not present on the two past YMAEWK releases.   While the aforementioned debut, as well as So Young, So Insane dwell within the range of emo and pop-rock, this record is much too intricate to be labeled with one genre, or even one decade of musical style.   A horn section and finger snapping are added to the musical landscape that already includes gang vocals and Liebsch’s always-idiosyncratic lyrics and vocal delivery.   His singing ability has vastly improved on this record, mainly because he has “been singing songs for four years”.

The three part harmonies between he and guitarists Augustine Rampolla and Rico Vigil add depth to the songs in places where past tracks have seemed empty.   Each member brings his own unique sound to the band, and the combination of all six gives Some Things Don’t Wash Out an extremely fresh all the while old school feel.   The additions of John Farrell playing the keys and horns and Kyle Gibson behind the kit rounds out the group of musicians, each being able to play multiple instruments – as seen in the band’s energetic live show.

Now, this is certainly not your run of the mill pop-rock band; there are some incredible blues and doo-wop influences peppering the eleven tracks.   Although   “The Next 20 Minutes” and “Moon, Roll Me Away” are examples of the band creating songs outside of the standard pop rock mindset.   They are a tad slower than the catchy gems on the album “Livin’ Th’ Dream”, “A Little Bit More” and the title track could all find homes on rock radio.   If the song title “James Brown Is Dead” offers any inclination towards the overall sound of the record, the blues and soul influences are quite apparent on this record.

“James Brown is dead / so what’s the point in pretending that any of us have some kind of soul?” is one of the many lyrics spanning the album that calls out the music industry as a whole.  Some Things Don’t Wash Out will be a contender for the pop-rock album of the year and will probably make a lot of top ten lists, and this infectious 33 minutes will not be leaving your iPod any time soon. (3.5/5.0)