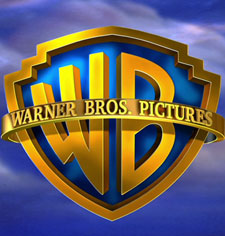 In a bizarre and ironic twist, Warner Bros. is being sued by a German technology firm which claims the movie and television company pirated its anti-piracy technology.

German firm Medien Patent Verwaltung claims that it revealed a new kind of anti-piracy technology to Warner Bros. in 2003 and that Warner has been using the technology ever since without paying for it. The technology marks films with specific codes so that pirated copies can be traced back to their original theaters.

“We disclosed our anti-piracy technology to Warner Bros. in 2003 at their request, under strict confidentiality, expecting to be treated fairly,” the company said in statement. “Instead, they started using our technology extensively without our permission and without any accounting to us.”

To further complicate matters, Medien Patent Verwaltung originally claimed that Warner was infringing on Patent 7,187,633, called “Motion Picture and Anti-Piracy Coding,” but it was discovered that the patent of that name is in fact held by Warner Bros. and bears a different number. MPV has acknowledged the error and says that the suit will be refiled with the proper patent name.