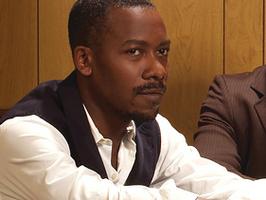 TV on the Radio bassist Gerard Smith has died of lung cancer, the band announced on its official website Wednesday (Apr. 20).

“We are very sad to announce the death of our beloved friend and bandmate, Gerard Smith, following a courageous fight against lung cancer,” the band’s statement reads. “Gerard passed away the morning of April 20th, 2011. We will miss him terribly.”

In March, TV on the Radio announced that Smith was undergoing treatment for lung cancer and would not be able to participate in the band’s U.S. tour to promote its new album, “Nine Types of Light,” which was released this month. The band has now announced the cancellation of all tour dates through April 26. Here are the cancelled dates:

Stay tuned for more on this story as it develops…

Tags: TV on the Radio