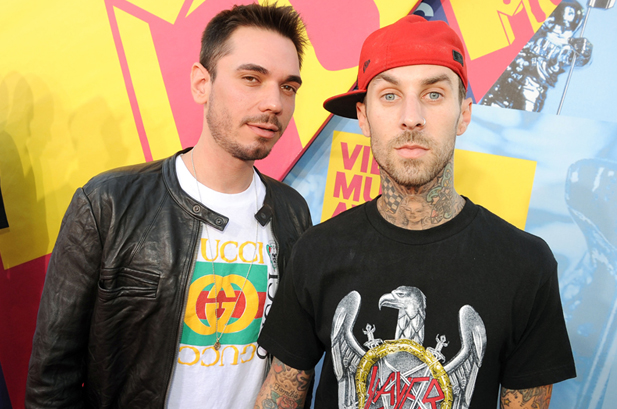 Under-inflated tires led to a  Learjet crash that killed four people and seriously injured  Blink-182 drummer  Travis Barker and DJ AM 18 months ago, federal safety investigators said, warning that the problem may be widespread on business jets.

Investigators told the National Transportation Safety Board at a public meeting Tuesday that their investigation found that operators of air charters often aren’t aware how rapidly the tires of some business jets can lose pressure and aren’t checking tire pressure frequently enough.

Barker and DJ AM, also known as Adam Goldstein, had just wrapped up a concert in Columbia, S.C., and were taking off from a local airport in their chartered jet with two of Barker’s staff members and two pilots on Sept. 19, 2008.

As the plane hurtled down the runway at about 150 mph all four tires of the Learjet 60 exploded only seconds apart. Pieces of the tires, hurled at high speeds, damaged the plane’s hydraulic system, causing the plane’s brakes to fail. Also damaged were the plane’s thrust reversers, which can be used to slow the plane.

The flight’s captain, who had only 35 hours of experience flying a Learjet 60, tried to abort the takeoff even though the plane had already exceeded the speed at which takeoff could be safely rejected, investigators said. Adding to the problem, and eliminating all ability of the pilots to stop the plane, was that the damage to the plane’s thrust reversers caused Learjet 60 to automatically add power to the engines even as the captain was trying to decrease it, they said.

The jet hurtled off the runway, crossed a five-lane highway, hit an embankment and was engulfed in flames.

The charter company that operated the plane, Global Exec Aviation, estimated the last time the pressure in the plane’s tires had been checked was three weeks before the accident, investigators said. However, the type of tires on the plane lose about 2 percent of their pressure a day and, if not maintained, would need to be replaced after eight days, investigators said.

Barker and Goldstein were the only survivors. Goldstein died of a drug overdose a year after the accident.

Barker and family members of his bodyguard, Charles Monroe Still Jr., and his assistant, Chris Baker, who were killed in the accident, have reached legal settlements with several companies, including Global Exec, ITAS Inc., which owned the plane, Learjet Inc. and Goodyear Tire & Rubber Co. Global Exec and ITAS have filed their own lawsuit against the plane’s manufacturers, Learjet and Bombardier.