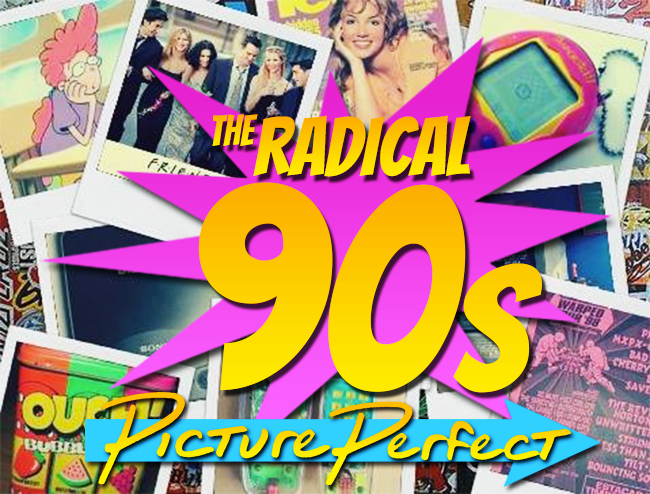 The 90s were the era of innovation. Change came quickly, and there were enough fads to fill three decades. The fashion of the day sometimes meant colorful, eccentric patterns, and at other times meant dark hues and oversized fits. Wherever you were, it never took long to come across somewhere wearing alarmingly thick makeup of the richest colors, in pursuit of being compared to Jennifer Anniston or Cindy Crawford. Leather became the fabric to beat. Music videos were in the process of killing the radio star with MTV rising to power. It almost seemed as if the visual trends of 90s operated on two functions: sleek and well planned, or a grungy disarray. A lot happened in those ten years, and processing every piece of this sensory overload was a daunting task. You probably missed out on a thing or two. This is where we come in–read on to recap all that you saw in the radical decade. 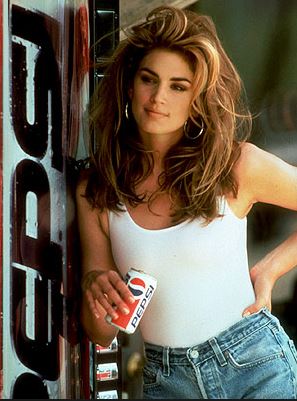 The clothing, accessories, and cosmetic choices the human race made in the 90’s were either incredible or incredibly terrible, and bedazzlers straddled the line between the two. Depending on what crowd you ran with, you were either wearing simple sweatshirts, khaki’s, and Oakley’s or embroidered flair cuts, an entire bottle of hair gel, and a shirt more reflective than a mirror. Of course, differing trends didn’t end there. Grunge groups weren’t as underground as they thought they were–distressed jeans and flannel patterns, that would have made Kurt Cobain proud, were donned by teenagers across the country. And who could forget our affinity for anything denim? Cut off sleeves, bright red lipstick, extra (and mostly useless) sweaters wrapped around high waisted shorts overalls of all prints and fabrics became residents of our closets.  The one accessory that  could be found around the neck of everyone, regardless of  social  standing, was the choker. You didn’t  have to be in any 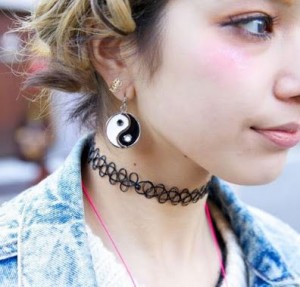 certain club to understand the draw of the dog collar-esque jewelry. Simply put, they made you look cool,  for reasons we may never understand. 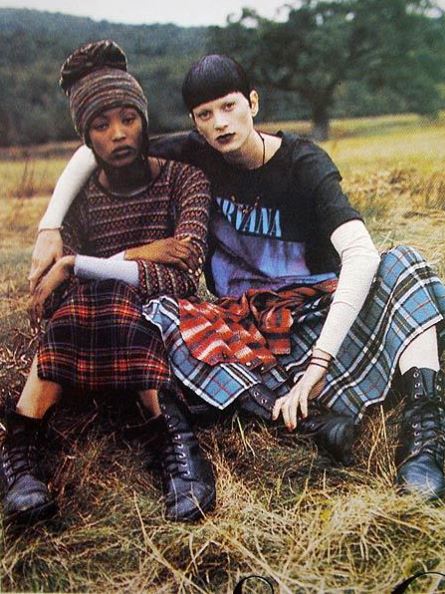 While a lot happened in the world of trends, looking back, the vogue of the 90s seemed pretty basic in comparison to its preceding decade. It was almost like the fashion industry was taking a breath after the over the top glamour of the 80s. Of course, that’s not to say it wasn’t completely awesome. There were few styles that weren’t completely acceptable in the time, and we’re considering rallying the nostalgic and reviving the best of them.  Join the campaign and bring the 90s back the next time you go out with your best choker, rhinestone top, and jean vest.

Long gone are the days of popping a Matchbox 20 album into your CD player and crossing your fingers it doesn’t skip–a fact that makes us sad. The technology in the 90’s was faulty, unreliable, and absolutely awesome. Your desktop computer consumed over twice the space your MacBook does today, but displayed a screen only half the size. It took five minutes (and a lot of noise) for it’s dial-up 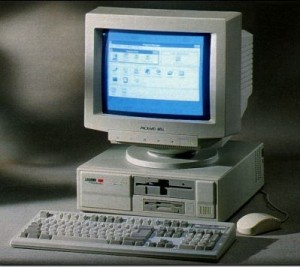 internet connection to take hold. On the rare occasion that you had enough patience to find something cool while surfing the toddler stages of the world wide web, you’d call your friends on your home phone to fill ‘em in on it. Oh yeah, complaining about a shared line, a skill that came as naturally as breathing to the kids of America. But it wasn’t all bad, those home phones had some pretty cool tricks up their sleeves. You can’t tell me you never thought adding two friends to the same call was the best thing ever? Not to mention prank calls. Good times? No. Great times. 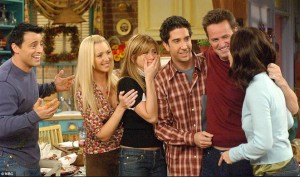 Having a television set in the 90s meant having a portal to the best entertainment the human race will ever see. Friends, Seinfeld, and Full House dominated primetime, and changed the view of television relationships. Before Friends and Seinfeld debuted, who would have thought a successful TV show could exist without a focus on the typical American family. And speaking of the typical American family, 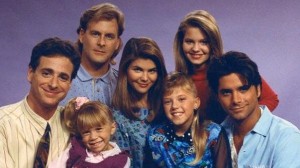 Horror and sci-fi were brought to the front of pop culture by means of The X-Files. Beverly Hills 90210 provided your weekly dose of drama, and paved the way for on-screen theatrics delivered by Gossip Girl, One Tree Hill, and Glee. 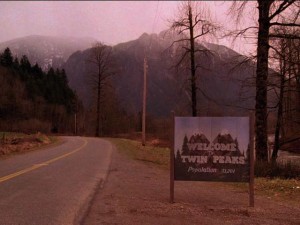 How many law shows make your list to watch? The success of today’s hour-long crime-and-justice sprees owe a lot of thanks to those who made Twin Peaks, Ally McBeal and Law & Order possible, the latter of which is still premiering new episodes every fall. 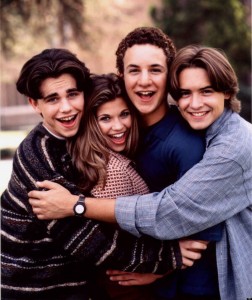 Boy Meets World was an epidemic that still hasn’t ended. Even if you try to fight it, references to Topanga and Cory still bring a smile to your face. The good memories we associate with the show’s characters and escapades have urged Disney to revive it with a spinoff, Girl Meets World, fourteen years later. Which is a great thing, because we both know that rewatching the original episodes just wasn’t enough to quench our Boy Meets World cravings. 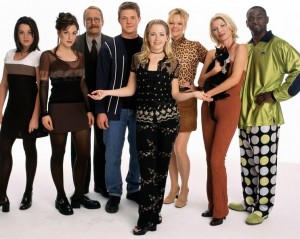 If you were between the ages of thirteen and twenty in the 90s, you’ve probably seen every episode of Sabrina, the Teenage Witch. Two Guys, a Girl and a Pizza Place had a short run near the end of the decade, but wasn’t it so much fun to watch? 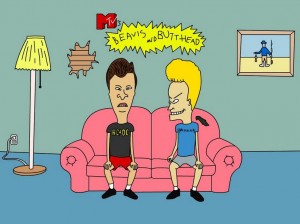 The mindset cartoons were only for children was shattered by the likes of Beevis & Butthead, Daria, and The Simpsons. Liquid Television was responsible for launching fan-favorites, with multiple spin-off series’ stemming from their animation segments. Those witty, funny, and usually pointless characters found their way onto the front of everyone’s t-shirts and developed a legion of die hard fans that keep the shows alive to this day through Tumblr GIF’s and clever memes. This isn’t to mention the anime obsession, a situation that became relevant in the 90s, when the unique and colorful style of animation was being ferried in at a rapid rate. 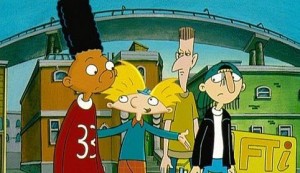 Genius animation didn’t stop at a PG13 rating, though. In fact, that’s just where it began. Kids cartoons were nothing short of epic in the 90’s. Rocket Power, Rugrats, Hey Arnold!, Aaahh!!! Real Monsters, Ren and Stimpy and Spongebob Squarepants all saw their first airdates in the 90’s, and they were glorious. These cartoons, and those like them, caused children’s networks to quickly became a favorite of kids and adults, a fact proven by the the squeals of delight that escape when you see Nickelodeon will be airing a Doug marathon. 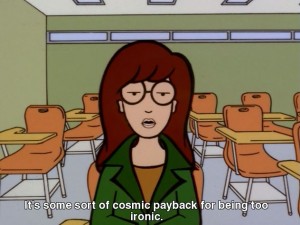 The influence 90’s television had on our lives can be found laced into every corner of our personalities. Do you think we’d have our masters degrees in sarcasm without Daria? Hell no. Our awesome sense of humor without Seinfeld and Everybody Loves Raymond? And what about our fondness for rebellion? Thank Tommy Pickles and his trusty screwdriver for that. If you owned a TV in the 90’s, every one of your favorite shows left traces of itself in your bloodstream.

Now that you’ve been reminded about the characteristic traits imprinted on your soul by the visuals of the 90s, it’s time to dive back into the best aspect of the radical decade. Prepare your playlist, and break out your biggest and best headphones: Next week we’ll close out the series with the ultimate 90s mixtape.