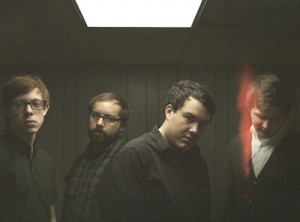 The Dangerous Summer have announced that they are dropping off the Hit The Lights-headined Take The Fall Tour scheduled to kick off October 31st. The band posted the following statement on their Facebook page:

“We regret to inform you that we will be cancelling all of our shows until December 17th for reasons beyond our control[.] We all feel horrible cancelling our upcoming tour and hope to make it up to you all soon.

â™¥ stay positive and do something big!

Hit The Lights also released a statement regarding the incident:

“We just got word that the Dangerous Summer will be dropping off our tour due to ‘reasons beyond their control.’ Apparently there was an inner band dispute in Chicago resulting in one of the members of TDS being kicked out of the band (or so we’re told). The band went home to regroup and as of last night, had offered to do the tour acoustically.

We were stoked that TDS were going to find a way  to do the tour, and we offered various ways to help them continue the tour (AJ playing acoustic and riding with HTL, having some members of HTL fill in for TDS etc). We would still like to publicly offer AJ to come out and play acoustic TDS songs on the tour. You should email him and let him know that you’d like that too: [email protected]

Don’t worry, the tour is still happening and is going to be really special, and we look forward to seeing all of you out there!

Stay tuned for an update….

PS, Cody is selling the Dangerous Summer’s tour van and trailer. The very least we could do is help them get it off their hands…. baltimore.craigslist.org/cto/2673598778.html

The sale of the van and trailer have sparked multiple rumours but the band are still scheduled to perform December 17th and 18th at A Very GK Holiday 2011 in Poughkeepsie, NY and Danbury, CT. According to frontman AJ Perdomo’s Tumblr, he will be in England visiting his wife in November while the Hit The Lights tour is happening.