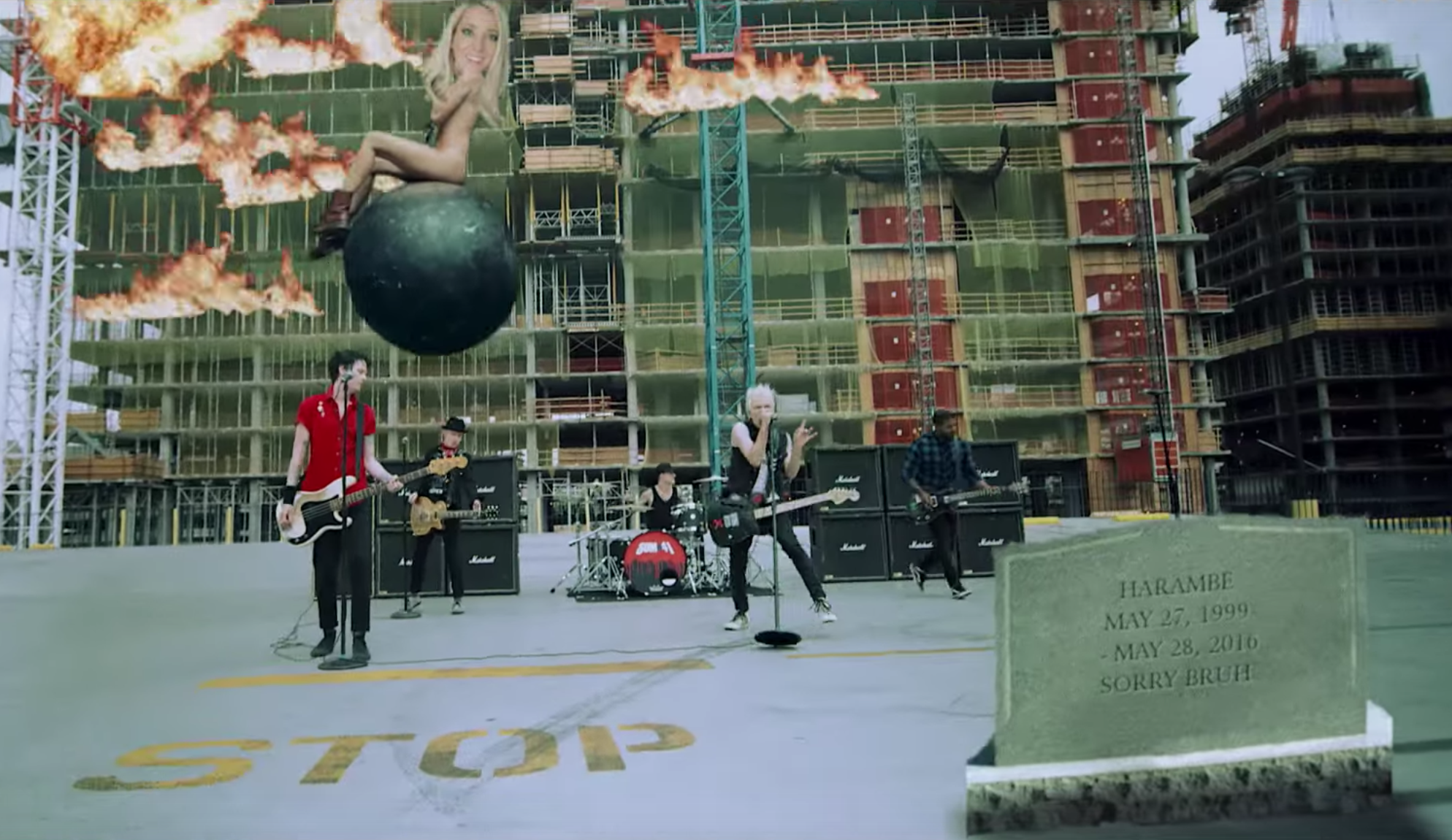 Is it a bird? Is it a plane? Nope, it’s Nyan Cat…wait, what? Sum 41 are officially BACK, this is not a drill, and they’ve dropped a brand new song called “Fake My Own Death”. But what has that got to do with Nyan Cat, you ask? Well, according to the accompanying music video, it turns out Sum 41 have been having a bit of trouble with the internet—it appears they’re under attack from every damn meme you can think of. Angry Birds, Doge, and even Shia LaBeouf make an appearance. Much meme. So internet. Wow.

This angst-filled, in-your-face track sees Sum 41 hitting hard with their return to the scene. It’s taken from the band’s upcoming album 13 Voices, due out October 7th via Hopeless Records, which you can pre-order now. Watch the video below and see how many memes you can spot—oh, and don’t let Kim K’s butt hit you on the way out.