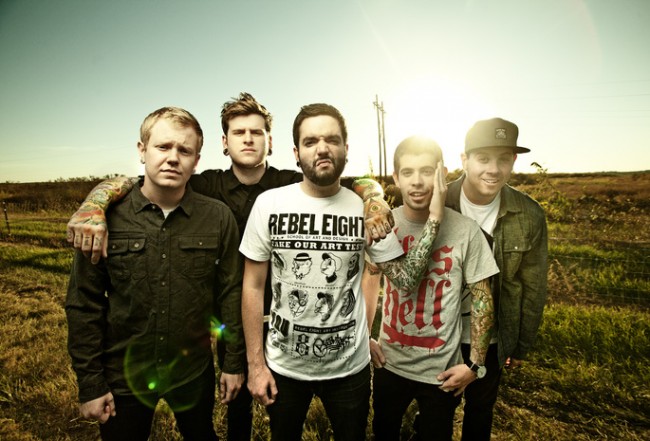 A Day To Remember have announced the launch of the new Self Help Festival. The festival will be an all day event taking place March 22 in San Bernandino, CA, at the NOS Event Center.

A Day To Remember will headline the festival with supporting bands  Bring Me The Horizon, Of Mice & Men, The Story So Far, Memphis May Fire, Attila, The Word Alive, Stick To Your Guns, Issues, letlive, Terror, A Skylit Drive, Hands Like Houses, Hundredth, Beartooth & Rotting Out.

“It actually came from a conversation I was having with my girlfriend and Josh’s about what it’s like to be in the crowd at one of our shows.  She told me that most people who come respond like its more than just a concert to them. It’s like the music is genuinely helping them.  It made us actually stop and think about what we really do see from the fans, and that’s 90% of the time that this music from most of the bands involved in this style of music makes them feel better about being alive. Thus we titled our festival Self Help, because at the end of the day, that’s what music’s all about.” 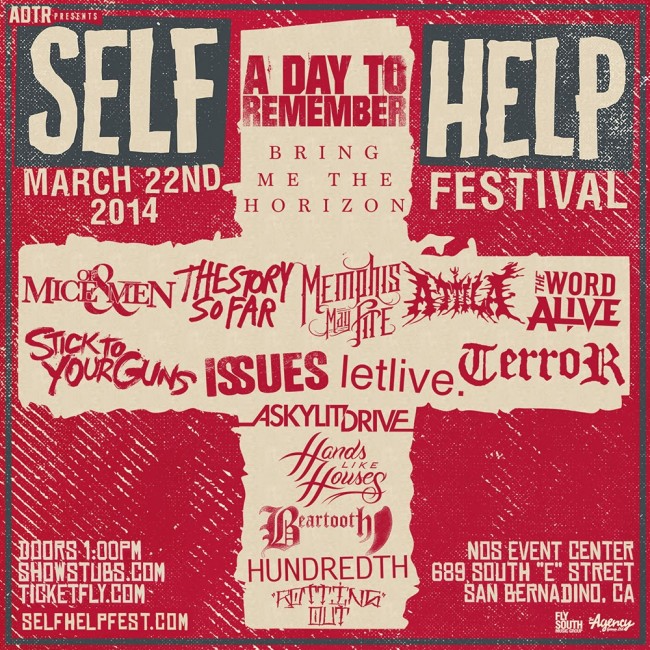 Tags: A Day To Remember, Bring Me the Horizon, Of Mice & Men, The Story So Far