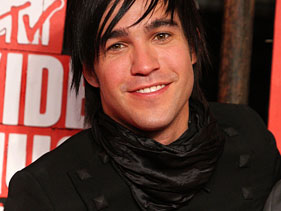 Pete Wentz kept  relatively quiet about his new Black Cards project,  though one thing can be clarified, Ashlee Simpson is definitely not singing in the group. But on June 8, Pete Wentz finally broke his silence about the group, with a long message on BlackCardsMusic.com.

In the post, Wentz explains just why he felt the need to start the “new band”, and talked about a trip to Jamaica that helped shape the group’s sound.

“When Fall Out Boy went on hiatus, I wasn’t really sure what to do with myself. I knew I wanted to keep travelling the world with my family. We had been to Jamaica recently. I spent a lot of time hanging around the beaches, and I started to get inspired again by songs like ‘Two Sevens Clash’ and ‘Warriors,’ ” Wentz wrote of some particularly inspirational reggae songs.

“I’d never heard any of these songs but could imagine them having an everlasting imprint, like people would dance to this stuff forever. I could feel these songs really meant something. Not just in Jamaica but globally, crossing through culture and language.

“I started collaborating via e-mail with my friend Sam, who I knew from working on the Gym Class Heroes’ 2006 album As Cruel As School Children. He had been listening to a lot of old British stuff and we mashed that with the island vibe in the studio,” Wentz continued. “I wanted to try a female vocalist because I couldn’t imagine trying to replace Patrick. Combine all this with my nonsense and ideas. Stuff I could never write or never had a perspective to write from in FOB.”

The Sam in question is Sam Hollander, who produced School Children and has also worked with most of Wentz’s extended musical family.  It is still not  known who the mysterious female vocalist is, but rumors have everyone from former Shiny Toy Guns frontwoman Carah Faye Charnow to Wentz’s sister, Hillary, filling the role.

Earlier this week, when asked about the identity of the Cards’ female singer, Wentz would only say, “Nobody is guessing right so far.”

In the message, Wentz included links to a pair of Black Cards songs, “Club Called Heaven” and “Beating in My Chest”, and signed off with a note that may give Fall Out Boy fans hope, even if they don’t dig the stuff he’s currently doing with his new band.

“I know this won’t be for everyone but honestly, it’s a chance for me to try something different,” Wentz wrote. “I remain Fall Out Boy’s #1 fan.”