On the eighth day of Christmas, idobi gave to me #squadgoals. 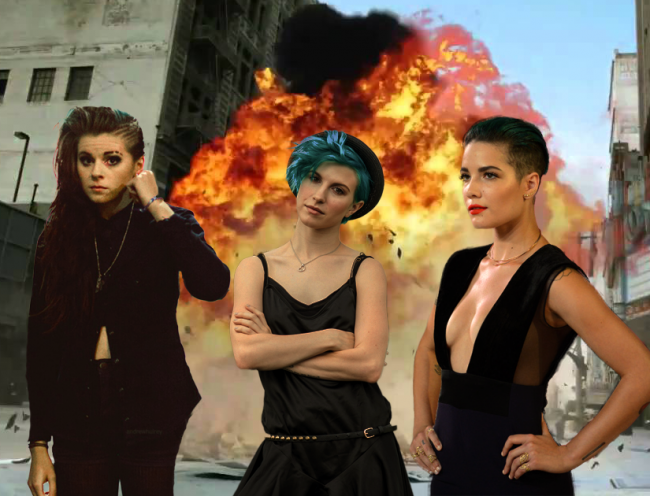 For Christmas this year, I don’t want the Nintendo DS I asked for when I was twelve, or the sled I wanted when I was five. All I want is to bring the whole world joy–in the form of a collaboration between the most badass females in the alternative music scene. Paramore frontwoman Hayley Williams will undoubtedly leave you some tasty (and adorable) cookies this Christmas eve. After scarfing them down, you could drop a note in her stocking to suggest that she hit the studio with Halsey sometime soon. I’m sure we could persuade Lynn Gunn to join in after she sees how epic the song in progress is. See, we’ll even do half the work for you, so it really isn’t too much to ask right?

Once Hayley Williams, Lynn Gunn, and Halsey lay down the vocals on what will be the hardest rocking track of 2016, we imagine the world will fall so in love that Grammys will be won, records will be set, and then the three frontwomen will be forced to form an official trio. A trio that will go on to absorb all of the limelight, and collaborate with Nicki Minaj. Then, all of my dreams will truly be realized.

After you’re done being responsible for the formation of the best trio since Destiny’s Child, could you stop in and check on Matt Toka? He locked himself in his room to write the ten greatest songs of all time two years ago and we’re impatient for those ten songs. And we’re beginning to get worried.