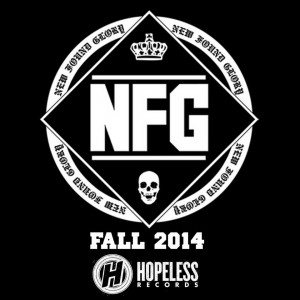 New Found Glory has announced that they will be releasing a new album this fall via Hopeless Records. Previously signed to Epitaph, this will be the band’s first release on the label. Details on the album have yet to be announced. Along with the announcement of the signing, the band have premiered a new website which you can check out here.

New Found Glory have dominated the pop punk scene for 17 years. The news of their signing with one of today’s biggest labels in the genre signifies the beginning of a new age. Hopeless Records has grown relentlessly over the past few years, and with the addition of New Found Glory the company will undoubtedly become the go-to label for pop punk music for years to come. The music industry might be experiencing a lot of change, but as long as NFG’s on board for the ride we think everything will turn out better than we could imagine.