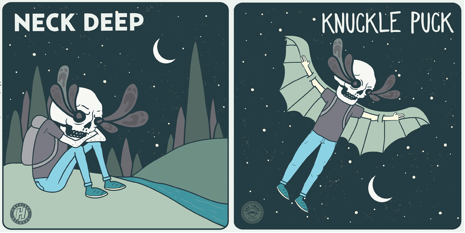 Neck Deep and Knuckle Puck have announced the release of a split 7″ in support of their upcoming tour together. The record will be put out through Bad Timing Records in conjunction with Hopeless Records and can be pre-ordered here or here, or available for purchase at a tour stop near you. The split features two songs from Neck Deep’s new album and two new songs from Knuckle Puck, one of which can be heard below.

Track Listing:
SIDE A