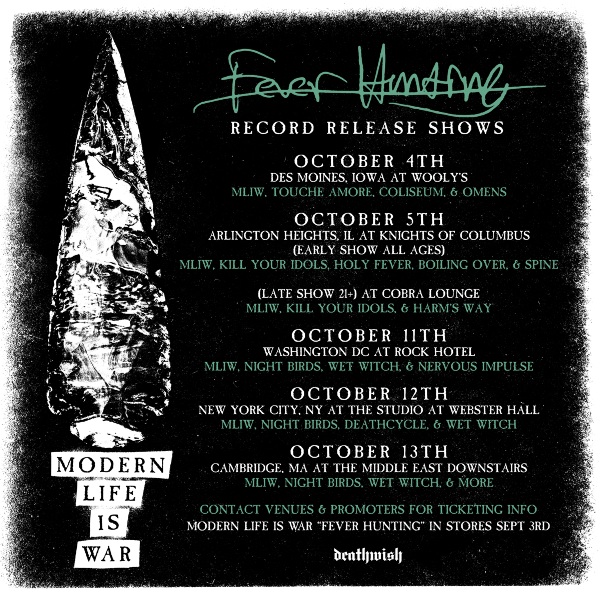 Hardcore favorites Modern Life Is War have announced a few album release shows in support of their new album  Fever Hunting  due September 3rd, 2013 via Deathwish Inc. These dates will have a wide range of support from Kill Your Idols, TouchÃ© Amore, Harm’s Way, and more. You aren’t going to want to miss these.