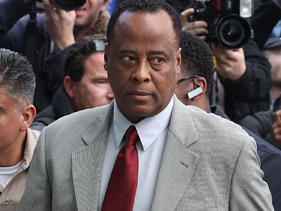 A witness present at Michael Jackson’s home on the day he died has made an explosive allegation about the conduct of the pop star’s doctor as he tried to revive Jackson, according to a statement obtained by The Associated Press.

Dr. Conrad Murray allegedly interrupted the CPR he was performing on Jackson and delayed calling 911, so he could collect and hide drug vials.

Witness Alberto Alvarez, who worked as Jackson’s logistics director, gave the account to Los Angeles police. In February, Murray pleaded not guilty to charges of involuntary manslaughter in connection with Jackson’s death, and the possibility that he attempted to conceal evidence is said to be a likely focus for prosecutors.

Alvarez stated that on June 25, he received a distress call from Jackson’s personal assistant and went upstairs to Jackson’s bedroom to find the singer lying in bed and Murray administering CPR with one hand.

“Alberto, Alberto, come quickly,” Murray said, according to the statement. “He had a reaction, he had a bad reaction.”

Murray was then said to have grabbed a few drug vials with rubber tops and instructed Alvarez to place them in a bag. Murray also reportedly told Alvarez to remove an IV bag and place it in a second bag. Not until the vials were hidden did Murray tell Alvarez to call paramedics.

Two days later, under intense questioning, Murray finally told police about the existence of the bags, in which the powerful anesthetic propofol and other sedatives were discovered. The coroner’s report has indicated that Murray gave Jackson a dose of propofol sufficient for “major surgery” and that the pop singer died of “acute propofol intoxication.”

Murray’s lawyer, Ed Chernoff, said Murray did not attempt to hide any evidence.

“He wasn’t putting bottles in a bag and trying to hide them,” Chernoff told The Associated Press. “We are confident that a fair trial will ferret out the truth.”