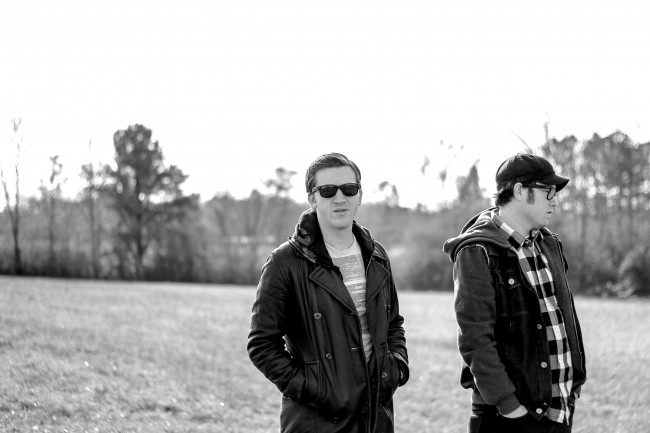 We’re very excited to be launching our first tour blog of 2013 with former Spitalfield frontman Mark Rose. Mark will be spending the month of January out on the road playing 31 shows in 26 days, and he’ll be updating us on his adventures every Monday! Check out the first installment below.

Happy New Year! How many days into the new year is it acceptable to say that? I think that by Jan 3rd, people are over it. Understandable.

I left Chicago on New Years night, heading toward Cincinnati to kick off my acoustic tour with JT Woodruff (Hawthorne Heights). Planning to hit the road by 7pm, actually rolling around 10:30pm– I made it to Indianapolis, where I set up shop for the night in a hotel room that was train themed. Not the band. The night before, I had celebrated NYE with some close friends in Chicago– which featured unlimited pizza, drinks, and live-band karaoke. I think the unlimited pizza saved me, as I woke up on the 1st feeling fairly decent, all factors considered.

I’ve known JT for close to a decade, and I love hanging with him. Though our careers and musical styles differ, we share a lot of common traits. I’m a little off, he gets it, I get him, and the result is playing 31 shows in 26 days. Our goal was to head South, avoid snow, play music, & have fun. So far, so good! With the exception of immediately sliding on 2″ thick ice in my mini van, and almost taking out a parked car, upon picking him up– it has been smooth sailing.

The shows have been a lot of fun, so far– and dare I say inspiring? Load-ins have been simple (Just 2 guitars + merch? Yes please), local artists have been cool, and the new friends/fans/folks I’ve met have really gotten me excited about life. The only thing JT and I are fighting about is whether or not Patrick Swayze (RIP) actually sang “She’s Like the Wind”, or if was a behind-the-scenes studio arrangement. He also made us stop at four different places looking for “Buffalo Rock” ginger ale in Alabama. We finally found it. Having tried it last night on our overnight drive, I can now say it was worth the search. Wow! It made me sneeze. Powerful stuff.

NOTE: Sunday, in Arkansas– we played three shows in one day. This is a first for me! Two private shows, and a club date. Private show one featured a home-cooked breakfast, goats, and a dancing two year old. Private show two involved group stretching. Club show (Juanita’s in Little Rock) featured The Young Rapscallions, which has Chris Mintz-Plasse (Superbad, Kick-Ass) holding it down on the drum kit. Rockin’ band, great guys. Keep an eye & ear out!

Check back next Monday for Tour Blog #2! And don’t forget to keep up with Mark on Facebook and Twitter.