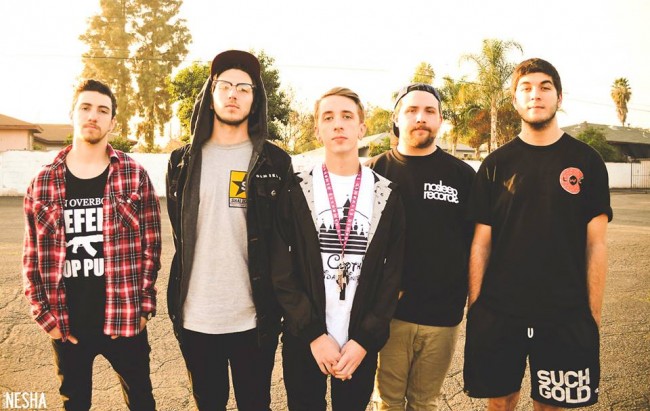 Major League have announce that the band has parted ways with singer Nick Trask. The band has stated it was a mutual decision and guitarist/vocalist Brian Joyce will be moving into the lead vocalist position. The band will still be heading out on tour in a few weeks with  Have Mercy, dates for which can be seen here. You can read statements from both Trask and Joyce below.

“Major League has, and always will be an incredible experience filled with life changing memories. I wouldn’t change anything. It was a privilege to be able to spend the past few years with some amazing, talented, good hearted guys traveling the world playing music, and meeting so many awesome people. With saying that, I feel it is my time to leave Major League and move on to other things in my life. Besides writing a few lines of lyrics here and there, Major League is truly made up of Brian, Matt, Luke, and Kyle. They are the heart and soul behind what you hear, read, and relate. The music they have been writing for the next full length sounds amazing and I, as a fan cannot wait to hear how it all comes out. I wish nothing but the best for these guys in everything they will accomplish. Thanks for everything. I love you guys.” – Nick Trask

“When you spend four years of your life traveling the world with someone, you develop a sort of new phase of friendship. It’s like this weird understanding of each other that’s hard to describe. I wish I could’ve said I didn’t see it coming but we both knew the time was here. It was time for a change for both parties, one was just afraid to say it to the other. That being said though, I’m not “replacing” Nick as a vocalist. I’m just here to sing my songs. I’m not going to try replicate his voice. I have my own. Nick and I in particular have always had this strange bond where, I write the song and he portrays it. It was an amazing and unique way of doing things to say the least, but it was our way. I’m glad we got to spend the last few years traveling and playing our music around the world; but people’s interests change. It’s ok to change. It’s how we grow into our own. I’d like to think that I helped him find himself as much as he helped me. I’m so excited to really push our band to its full potential and take on a new. 2014 is just the beginning of a beautiful new process. I wish Nick nothing but the best in his endeavors in the future and thank you for your contributions to not only Major League, but my life as well.” – Brian Joyce