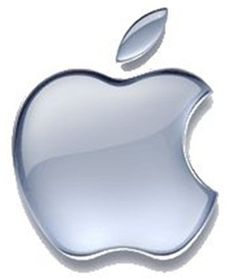 Apple Inc. has just sewn up its contracts with the four major record labels Thursday for a cloud music service, with agreements from music publishers to follow on Friday, according to sources familiar with the negotiations.

Dubbed iCloud, the service initially will be offered for a free period to people who buy music from Apple’s iTunes digital download store, allowing users to upload their music to Apple’s computers where they can then play from a Web browser or Internet-connected Apple device.

The company plans to eventually charge a subscription fee, about $25 a year, for the service. Apple would also sell advertising around its iCloud service.

The agreements, finalized this week, call for Apple to share 70% of any revenue from iCloud’s music service with record labels, as well as 12% with music publishers holding the songwriting rights. Apple is expected to keep the remaining 18%, said people knowledgeable with the terms.

Music companies that have signed on to iCloud include Warner Music Group, EMI Music Group, Universal Music Group and Sony Music Entertainment. Representatives from the four companies could not be immediately reached for comment.

Though the service is initially focused on allowing consumers to store their music on Apple’s servers, the Cupertino, Calif., technology company ultimately envisions the service to be used for movies, TV shows and other digital content sold through iTunes, said a person knowledgeable of the company’s plans.

Apple, whose iTunes music store is the dominant purveyor of music downloads with between 75% and 85% of the market, has been carefully monitoring moves by rival Amazon.com as well as newcomers to the digital music space, including Google and, in Europe, Spotify.

Amazon pounced first in March when it launched a music “locker” service, dubbed Amazon Cloud Player, that lets users upload their music to Amazon’s computers and listen to their songs from any browser. Google followed suit in May with its Music Beta service.