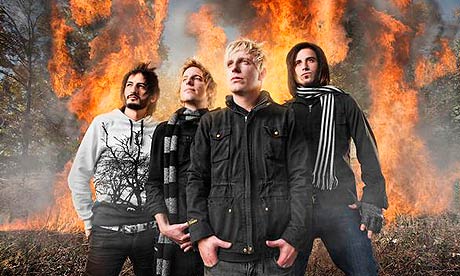 Madina Lake bassist Matthew Leone is in the hospital after intervening in a domestic dispute, according to the band.

Nathan Leone, the band’s singer and Matthew’s brother, said that the bassist was left unconscious after trying to stop a man beating his wife in the street.

“A few nights ago, Matthew walked from my apartment a block and a half down the street to meet a friend for a drink. Half way there he saw a man severely beating his wife. Being the most amazing, strong, heroic and incredible person I know … even though the guy was twice his size, Matthew intervened. He managed to subdue this guy for a second and, since his wife was beat up, called the cops … as he did so the guy jumped him from behind and beat him. This guy did things I can’t even type.”

Madina Lake formed in Chicago in 2005 and have been championed by Kerrang! magazine. Heartfelt messages of support have been pouring in via Twitter.

LostInCweameeee said: “Can’t get what happened to Matthew Leone out my head. Nobody should pay such a price for being a hero.”

According to his brother, Leone had to have a third of his skull removed.

“We don’t know enough details yet about how that will develop. He acted as a hero (as he always would in any of these situations) and is paying a horrific price.”