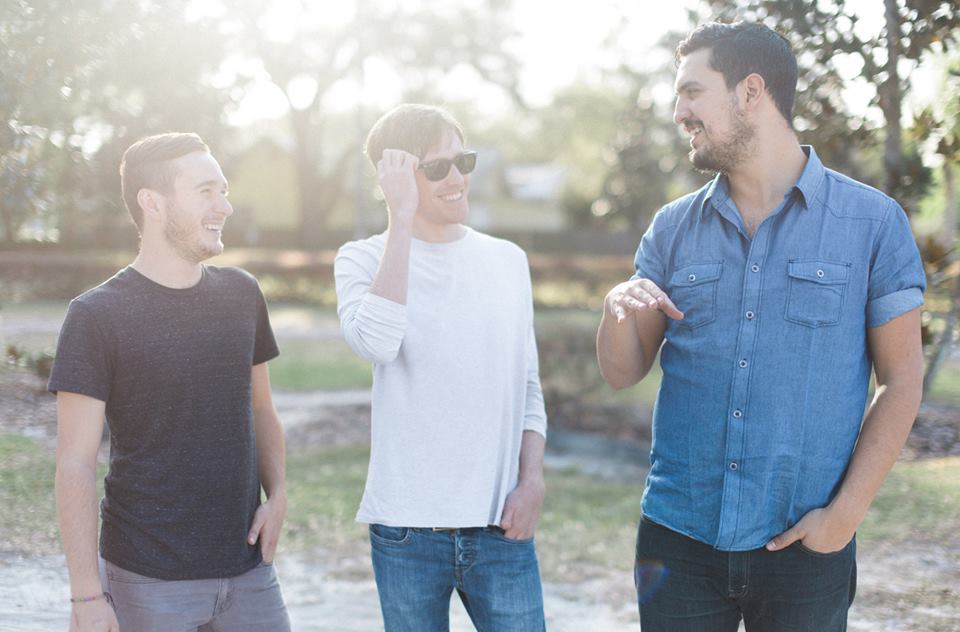 Lydia are no strangers to what they do. Over the years, they’ve proved themselves time and time again as bonafide music makers by releasing very much talked about and highly favored EPs, B-sides, and a slew of albums—all of which carry the striking, haunting grandeur and poetic lyrics the group has become so well known for. But, since the band’s formation in 2003, one album in particular has undoubtedly risen above to become their most recognizable and arguably best and most popular record to date: Illuminate. However, with Illuminate now seven years in the rearview, the Arizona indie-rockers are focused on what’s ahead, perhaps more than ever before, as they prepare to release their fifth studio album.

idobi Radio caught up with the band at a sold out show at The Troubadour in Los Angeles, where they were main support for The Early November. We chatted about the new record (which is slated for a fall release date) and an upcoming US and Canada headlining tour (yes, you heard right) set to kick off in September.

In contrast to Lydia’s latest, more upbeat full-length effort, Devil, their new record might actually be a nod to Illuminate with a somewhat darker and moodier vibe, according to band members Justin Camacho (guitar), Matt Keller (keyboard) and Leighton Antelman (lead vocals/guitar); who have collectively been the staple of the group for the last five years despite lineup change of years past.

“There’s some pretty dark stuff,” Camacho says, although Antelman stops short of labeling the record as “dark” and opts for calling it “a little bit more moody.”

“Devil is way happy … Devil was very much a summer record. The next one will be, in my opinion, very much a fall record. We’re going to release it right around the fall, and I feel like … Devil is like ‘Yeah, let’s go to a pool party,” Keller explains while his band mates erupt into laughter at his word choice. “The new record is going to be like ‘Let’s go to a park and watch the leaves fall or some shit. It’s a little moodier. That’s my piece.”

Produced by both Colby Wedgeworth (The Maine, Taking Back Sunday, This Century) who has worked with Lydia in the past, and Copeland frontman Aaron Marsh, the new Lydia record (which still lacks a definitive title) is a culmination of 20 songs, having taken ten tracks to Wedgeworth and the other ten to Marsh.

The end result gave Lydia 11 solid songs (which all also remain nameless), ultimately choosing five tracks from each producer, and now putting the record in its final mixing stage of the recording process. But don’t expect any guest vocals on the album. While having Marsh on at least one of the songs he produced himself would have been ideal, Antelman said the timing was off, as Marsh had to leave for a tour with Paramore at the time.

For the new record, Antelman says there was no definitive inspiration, but instead they are in a constant songwriting process.

“I think all three of us just write, and we had a bunch of songs, and it was time to record,” he explains. “Me, personally, I don’t ever have the ‘This right here inspired me and I went and wrote song.’ Sometimes I just sit down and I write a song.”

“We just try to get the best ideas and put them into the best songs,” Keller says.

The band isn’t afraid to experiment with different sounds either, and have even tossed around ideas inspired by the likes of Akon, Kanye West and even Queen. For Keller, it’s all about diversity and not repeating what has already been done.

“I’m always trying not to repeat myself,” he says. “Why would we want to put out Devil part two? We all kind of hate safe. Safe is not cool. I feel like everybody would dislike us if we were safe.”

“I think something that’s awesome about our band is that you can go and listen to all the records, and they all sound fairly different from each other,” Camacho says. “I’m just excited for it to come out and for everyone to hear it.”

Nonetheless, fans should still look for running themes often found in Lydia albums—like Hailey (or Haley) for example. While Antelman says this may be the first time Hailey’s name isn’t mentioned, he maintains anything is possible in the vocal booth.

“I didn’t even realize it, but I think this is the first record I didn’t put anything about Hailey in it. So, she’s probably real bummed,” he says jovially.

But despite the popularity and fandom Illuminate has garnered since its 2008 release, fans shouldn’t expect to hear many of the album’s tracks live on tour, but there are a few throwbacks mixed in (we won’t ruin the surprise). When asked if any album could ever live up to Illuminate, the guys were quick to respond.

“If we didn’t feel that way, we wouldn’t still be doing this,” Keller says.

“I just like making music,” Antelman adds on the same note. “Even if I told these guys ‘Fuck you guys, I never want to see you again,’ we’d all individually still write music. It’s just what we do. Regardless of whether it’s going to live up to whatever, I’m still going to write music.”

“The fact that people love it so much is awesome,” Keller goes on to say. “If we never put out another record (that compares) … I will go on living my life just incredibly happy, so long as people like our music at all, that’s really what’s important. Somebody who can listen to our music and say ‘This is cool, I like this,’ that’s huge.”

“That being said,” interjects Antelman with a sly smirk. “I really like the new record…”