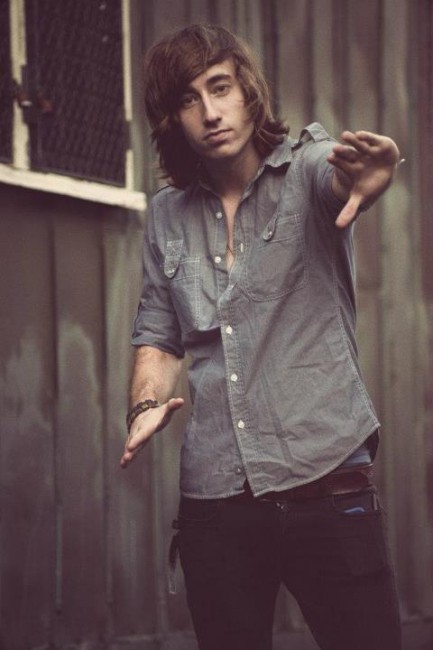 idobi caught up with Sparks The Rescue at the Amityville, NY date of the Surrender Your Booty tour. Singer Alex Roy dished on the success of the band’s Kickstarter, details on their upcoming album, and what else is in store for the band.

You guys just started the Surrender Your Booty tour and it’s your first headline tour in a while. How is it going so far?

It’s going really good. We’re out with Rocky Loves Emily and Aristo and this is the 6th date here on Long Island. It’s been fun.  It’s cool to headline and play longer sets because we usually open for bands and get like 20 to 40 minutes, but this tour we get an hour or however long we want.

You’ve been touring with more diverse bands in the past year, like D.R.U.G.S. and The Red Jumpsuit Apparatus.

Yeah, I don’t know how that happens. It’s been different. We did Ludo, and then we did D.R.U.G.S. and, then we did Red Jumpsuit. So it’s like not your typical We Are The In Crowd, All Time Low, Mayday Parade kind of tour that people associate us with, but it’s been a lot of fun.

Sparks did a Kickstarter for the upcoming EP and it made over double the goal you set.   What made you decide to go that route?

It went amazing. At that point we didn’t really know what we wanted to do from a band standpoint. We knew we didn’t want to sign back to a label because money-wise it’s never a good idea, and at that point in our career we wanted to keep going but actually make some money. It was a great way to experiment and release this on our own. Any money that the CD makes, we make, since we’re our own entity now.

Kickstarter tends to receive a lot of criticism sometimes. Did you see any of that while you were doing your campaign?

For sure. There were some bands that I won’t name, but they would say stupid shit like, “I wish bands would just raise the money themselves instead of doing a Kickstarter.” To me it was like, we had to. We didn’t have money. I’ve been touring my ass off for the past four years and we made enough to pay van insurance and buy new vans and things like that. I say fuck the critics.

When is the EP coming out?

It’s coming out in July. We’re trying to have a single out by next week or the week after online. It’s going to be a six-song EP and we’re just going to self-title it.

Your last album was heading in a poppier direction, but you’ve been playing a lot of your older songs lately. Will the EP be more like those old songs or a mix of both?

It’s definitely a little bit harder. There’s a ballad on the EP, a more indie song, and three sort of aggressive songs. I’m excited to hear people say what they think about them because I’ve heard the songs so many times. I love them and I’m hoping other people will love them as well.

I remember reading something about you guys potentially writing with Craig Owens (D.R.U.G.S, Chiodos). Did that ever happen?

We were supposed to go out and write with him, but then it just got complicated and never happened. I wish it did. We tried a few times when we were on tour together, but he was just busy doing his own thing. He was like a ghost on that tour – you never saw him until he was on stage.

So after releasing the EP, are you going to continue touring or start writing more?

We’re going to go home in July, release the record, and then write a little bit more. We’re doing another tour in August that will hit up different markets since this tour is pretty much just the east coast. Just keep on the road, that’s our motto. We love being on the road, we love playing shows, and we’ve been fortunate enough to keep getting awesome tours. I don’t know how it keeps happening, but we do. We got our biggest tours ever after leaving Fearless.

Yeah, it seems like going the do-it-yourself route has been a really good move.

Fearless definitely helped us out and was a great label to be on, but it wasn’t really good for us at the end of the day.

Anything else you want to say to your fans?

Check us out at sparkstherescue.com, follow me on Twitter at @sparksthealex, and pick up our new record in July. You can probably download it for free, which you’re going to do anyway, so do it.