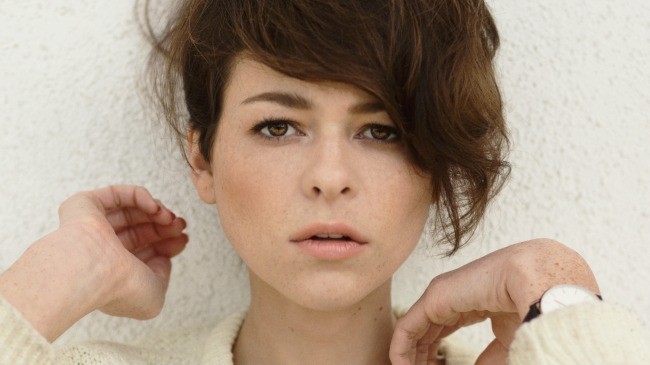 Join the party with the podcast below or head over to Spotify for Cady’s “Chill With Me” playlist, then watch out for more Artist Picks across all of the idobi Radio stations!

Music tells a story. It’s where we turn to relate when relating isn’t

easy, and over the years it becomes our own little time capsule. The same can be said for the musicians who are crafting the songs and lyrics that find a home in your heart. Music makers are music lovers first; they also choose the tracks that’ll play in the movie of their lives. This idea inspired Artist Picks–idobi Radio’s brand new series spotlighting the sounds that get our artist friends singing from the rooftops…until their neighbors file complaints.

Pop star extraordinaire, Cady Groves is the first to join us in our sonic storytelling–which brings things full circle for this idobi writer. Way back in 2012, Groves tweeted that she’d be featured on idobi Radio’s The Gunz Show, which is precisely what led me to download the app, follow the Twitter account, and a year later, apply for an internship. Cady Groves is a crucial part of my idobi story, and now we’re telling hers.

Fresh off of Drake Bell’s High School Nation tour, we found the songstress fully emerged in Parenthood on Netflix during an ultimate, and well deserved, chill fest. Since 2009 she’s been crafting infectious pop songs, rocking Twitter with her down to earth personality, and generally being our dream BFF. 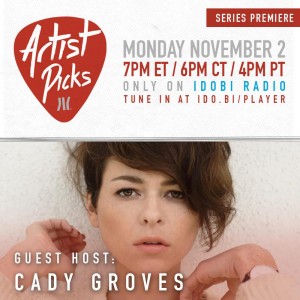 We managed to pull her away from her latest binge-watching session so we could hang with her while she shared the soundtrack of her life. The auditory biography gives us a better look at Groves, and what’s made her the artist we hear on her latest EP Dreams. From Imogen Heap’s “Hide and Seek”, to The Band Perry’s “All Your Life”, to Eminem’s “Lose Yourself” we get to know the songstress better with the tracks of her timeline. Not to mention, her genre-defying taste will start you adding plenty of new tracks to your own playlists.

Join the party with the podcast above, or head over to Spotify for Cady’s  “Chill With Me” playlist, then watch out for more Artist Picks across all of the idobi Radio stations!