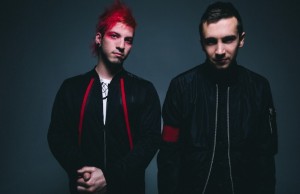 Last week Twenty One Pilots released their second full-length album, Blurryface, which I have not stopped listening to, and they also became the second band from our scene this year to have a number one album (debuting as number one on Billboard). It’s hard to find two dudes more deserving of that honor than Tyler and Josh, who when they found out, took to the internet to completely dedicate their success to their fans and their skeletonclique. As someone who grew up in Ohio, I couldn’t be more proud of the two, and more excited about seeing them live again. Also, I really can’t stop listening to their album. I’m home in Ohio, and my parents are probably going to kick me out if I start singing “Fairly Local’ one more time. Congrats Twenty One PIlots!

The Academy Is… Is Reuniting And You Have To Be Excited

I’m sure you’ve all heard by now that The Academy Is… is reuniting at Riot Fest this year. 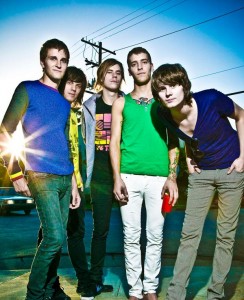 If you’re a bit newer to the scene, and don’t know why this is a big deal you should be jumping for joy because we all have dearly missed The Academy Is… Now, they say they’re only playing one show in their hometown of Chicago (seriously, fuck Chicago being home to all my faves, ugh) for the ten year anniversary of Almost Here, another album to celebrate from 2005. Don’t you wish you were with us all back then? However, I fully believe that the world can pressure them into a tour, and then a full-blown Acceptance, Backstreet Boys, Fall Out Boy like reunion, in which they save our souls. Get tickets for Riot Fest here.

U2’s Tour Manager Has Passed Away

In very sad news this past week, Dennis Sheehan, U2’s tour manager of over 30 years has died. This is heartbreaking to talk about. Sheehan has been a tour manager for twice as long as most of us have been alive, and has worked with some of the greatest artists out there, including Led Zeppelin and Lou Reed. It’s never easy to see a tour manager move on from a band, but losing crew is seemingly like losing family or a member of the band itself, so our hearts go out to his family, U2 and, everyone affected by his passing. Remember, respect the band, respect the crew—they do all the hard work. RIP Dennis.

New Found Glory And Yellowcard Are Getting Excited For Their Tour

Two weeks ago New Found Glory and Yellowcard announced they would be touring together this fall, and the internet hasn’t been the same since. New Found Glory and Yellowcard have never toured together in the states, so they’re obviously riling us all up with pictures, previews of things that we aren’t sure what they are, and just being teases about the tour in general. However, it makes me so happy to see them all so into this tour that should have happened her in the U.S. about a million years ago. It’s an exciting time for all the old timers because everyone we love has decided to do everything we’ve wanted them to do for what seems like forever.

So, I missed last week because I was traveling home to Ohio. My golden retriever had puppies, so you should all be jealous. But, this week I couldn’t stop thinking about 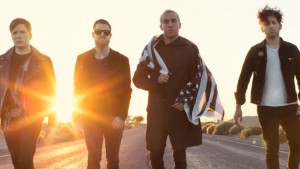 Fall Out Boy saying a collab with 5 Seconds of Summer will happen. As crazy as 5SOS fans can be, I’m really loving how they’re getting to work with everyone I’ve ever looked up to. It’s been really interesting to watch such a young band get so big so fast, and then get the opportunity to work with all of these amazing pop-punk artists. I don’t think I’ve ever seen a single band collab with so many great people like that, and it’s awesome. But I really need a song that involves a lot of Pete Wentz-esque screaming from these boys, and a with a dance jam. Fall Out Boy can do this for them, I promise.

Tags: Fall Out Boy, New Found Glory, The Academy Is, twenty | one | pilots, U2, Yellowcard