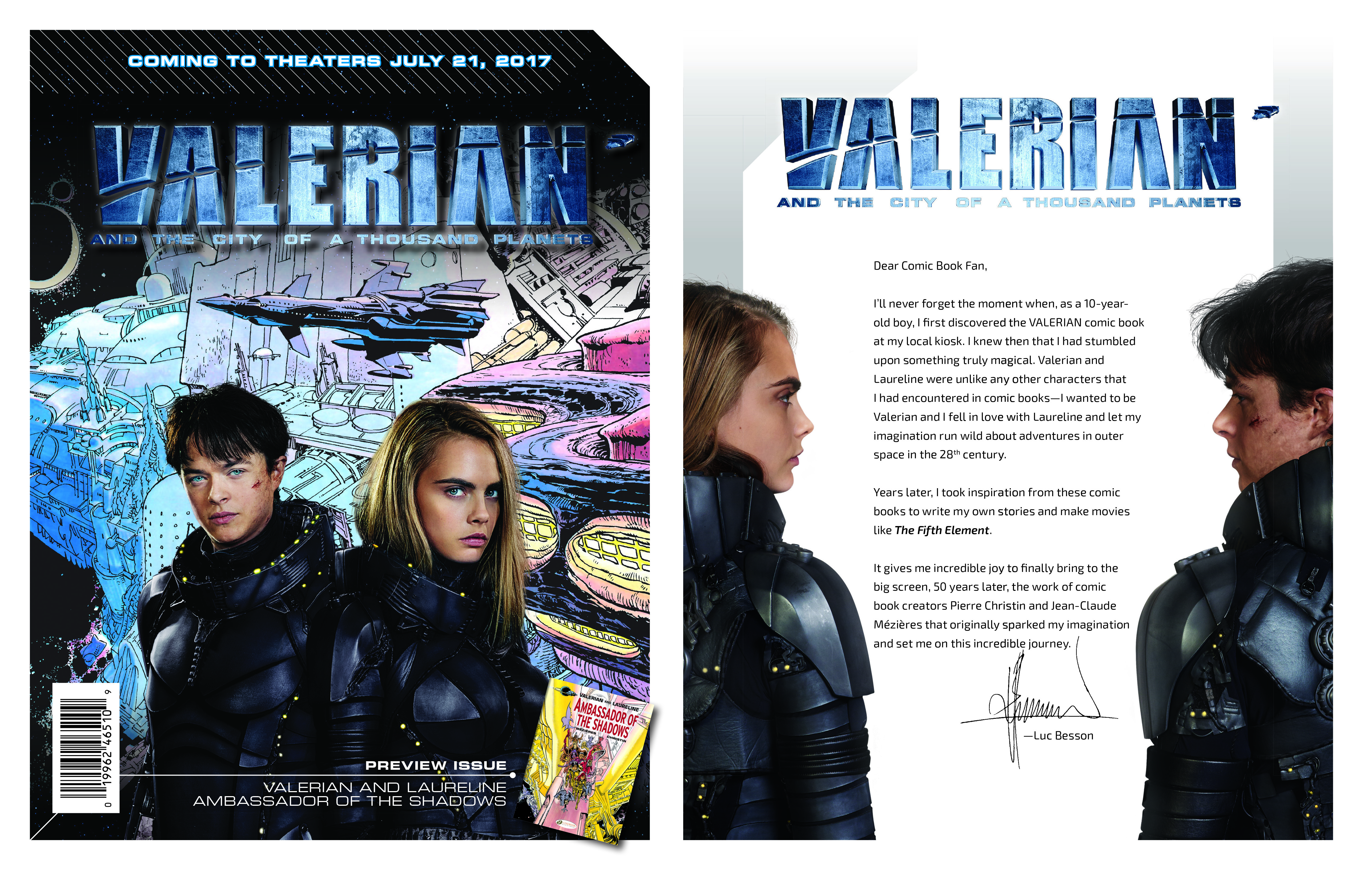 You’re invited to experience the city of a thousand planets…in comic book form! The highly anticipated new feature-film adventure, Valerian And The City Of A Thousand Planets, is coming your way on July 21st, and to celebrate, an exclusive comic book featuring the stories that inspired the movie has been announced. This free 32 page issue will give you a special behind the scenes look at the new film and the universe it’s set in, and will hit shelves on Free Comic Book Day, aka May 6th.

Valerian And The City Of A Thousand Planets is based on the iconic French comic series, Valérian and Laureline, created by Pierre Christin and Jean-Claude Mézières, which is celebrating its 50th anniversary coinciding with the film’s release in July. Set in the 28th century, the movie follows special operatives Valerian (Dane DeHaan) and Laureline (Cara Delevingne) who are charged with keeping order throughout the human territories. But when they’re sent on a mission to the city of Alpha—where species from all over the universe meet to share knowledge, intelligence, and cultures—they discover something much darker and mysterious that puts the future of the universe in jeopardy.

The question is, are you ready? We think you are. So dive into the 28th century and pick up your free issue on May 6th at a comic book store near you, and refresh your excitement for Valerian And The City Of A Thousand Planets’ release on July 21st by checking out the trailer below!